ARBIL, Iraq, March 14 (Reuters) - Iraqi Kurdish authorities said on Saturday they had evidence that Islamic State had used chlorine gas as a chemical weapon against their peshmerga fighters in northern Iraq in January.

The Security Council of the semi-autonomous Kurdish region said in a statement to Reuters that the peshmerga had taken soil and clothing samples after an Islamic State car bombing attempt on Jan. 23.

It said laboratory analysis showed "the samples contained levels of chlorine that suggested the substance was used in weaponised form." The Kurdish allegation could not be independently confirmed.

Chlorine is a choking agent whose use as a chemical weapon dates back to World War One. It is banned under the 1997 Chemical Weapons Convention, which prohibits all use of toxic agents on the battlefield.

Peter Sawczak, spokesman for the Dutch-based Organization for the Prohibition of Chemical Weapons, said: "We have not had a request from Iraq to investigate claims of use of chemical weapons in Iraq, and the OPCW cannot immediately verify the claims." 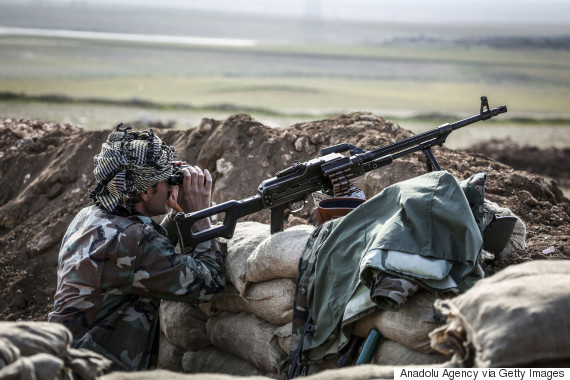 Chlorine has been used "systematically" in the civil war in neighboring Syria, an OPCW fact-finding mission found last year. The OPCW would have to get its own samples to confirm the use of chemical weapons in a member state.

The Kurdish statement said the car bombing attempt happened on a highway between Mosul and the Syrian border. A Kurdish security source said that the peshmerga fired a rocket at the car carrying the bomb so there were no casualties, except for the suicide bomber.

About a dozen peshmerga fighters experienced symptoms of nausea, vomiting, dizziness or weakness, the source said.

The statement said the analysis was carried out in a European Union-certified laboratory after the soil and samples were sent by the Kurdish Regional Government to a "partner nation" in the U.S.-led coalition that is fighting Islamic State militants in Iraq and Syria.

The source described the samples as "leftovers from the suicide bomber," but declined to identify the laboratory.

The White House said in a statement it could not confirm the allegations but found them "deeply disturbing" and was monitoring the situation "very closely."

A U.S. defense official said the use of chlorine as a weapon was a possible sign of "growing desperation due to the pressure being applied by coalition air power and Iraqi ground forces."

Iraq's Kurds were the victims of the deadliest chemical attack of modern times when Saddam Hussein's air force bombed the town of Halabja in 1988, gassing at least 5,000 people to death. 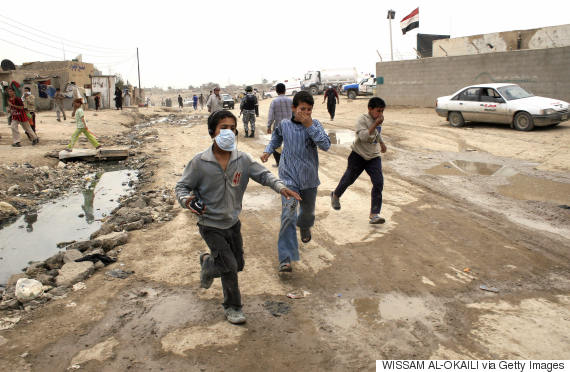 Iraqi youths protect their noses from poison gases as they evacuate the area of a public water station in Baghdad's impoverished district of Sadr City, 14 April 2007. (WISSAM AL-OKAILI/AFP/Getty Images)

The U.S. Central Command said on Jan. 30 that an Islamic State chemical weapons expert had been killed in a coalition air strike six days earlier near Mosul - the day after the car bombing cited in Saturday's statement.

The expert, Abu Malik, had been a chemical weapons engineer during the rule of Saddam Hussein and then affiliated himself with al Qaeda in Iraq in 2005, Central Command said at the time. When he joined Islamic State, it gave the insurgent force a chemical weapons capability, it added.

Malcolm Dando, professor of international security at the University of Bradford, and an expert on biological and chemical warfare, said chlorine was an easy gas to obtain. "It's extensively used, you only need to google industrial uses of chlorine, it's extensively used industrially," he told Reuters.

Western diplomats in The Hague, where the OPCW is based, have long feared IS fighters would get their hands on chemical weapons. It is not easy to make such weapons and IS tried to recruit experts when it took over Mosul last year, diplomatic sources told Reuters. They were not believed to have been successful.

No international organization has documented the use of chemical weapons on Iraqi territory in the war with Islamic State.

The Kurdish authorities said in their statement they had "long suspected that (IS) fighters have been using chemical agents" and cited video footage from recent battles around the city of Tikrit between the militants and Iraqi troops and allied Shi'ite militias where "plumes of orange smoke" were visible.

Reuters was also e-mailed video footage and photos of what the Kurdish Security Council identified as images from the Jan. 23 attack. Among the photos were several canisters lying on the ground that the council says were found at the site and contained chlorine. (Additional reporting by Anthony Deutsch in Amsterdam, Andy Bruce in London, and Julia Edwards and David Alexander in Washington; Writing by Maggie Fick; Editing by Mark Trevelyan and Grant McCool)