The Islamic State group may be taking a move out of the Nazi playbook by looting ancient Syrian antiquities.

While Islamic State fighters have destroyed historical sites and ancient artifacts in cities across Syria and Iraq and disseminated shocking footage of their destructive campaigns on the internet, Christopher Marinello, CEO of Art Recovery Group, believes that the militants have held off destroying a large part of the antiquities they encounter, opting to sell them on the black market instead.

"It's extremely painful knowing the importance of these objects," he explained. "[But] they [Islamic State fighters] know very well there's value in the objects of antiquity that are being looted, and they're not about to destroy them. This is the same theory the Nazis had."

According to Marinello, while the Nazis considered Jewish artifacts to be "degenerate art," they still saw their market value and turned the pieces into a revenue stream. "I think that's what we're going to see here," he concluded, referring to the tactics of the Islamic State militants. 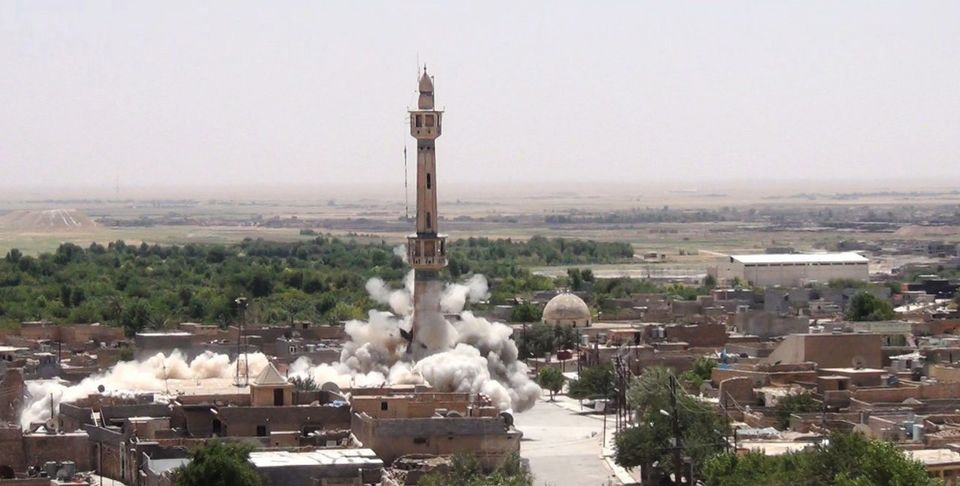 1 / 10
In this undated photo posted on a militant website that frequently carries official statements from the Islamic State extremist group, which has been verified and is consistent with other AP reporting, Shiite's Jawad Husseiniya mosque explodes in Tal Afar, Iraq.
ASSOCIATED PRESS