BAGHDAD, May 28 (Reuters) - The blind man with just one hand arrived at the main mosque in the center of the Iraqi city of Ramadi at dusk on Wednesday, flanked by Islamic State fighters.

When the evening prayer was over, the man, whose head was shrouded in black, delivered a speech to the faithful, hailing the Islamic State's capture of the capital of Anbar Province -- its greatest victory over Iraqi forces in almost a year.

Ali Attiya al-Jubouri, widely known as "the blind judge," is one of Islamic State's most senior figures and his presence in the mosque signaled the group's dominance over the city, which it seized on May 17 from hapless government forces.

"By the blessing of God, we now have an open road between Ramadi and Raqqa," he said, referring to the ultra hardline group's de-facto capital in neighboring Syria.

"You are free to travel there and work in trade, and we will help you by all means," he said, according to a resident of the city who was in the audience.

The Sunni Muslim group has declared a caliphate, or Islamic state, across wide areas of Syria and Iraq, defying hostile government forces and U.S.-led airstrikes in both countries.

Despite a fearsome reputation for inflicting savage violence on foes, Islamic State militants have gone out of their way to try to win over residents of Ramadi, providing basic services and governance, said locals speaking to Reuters by telephone.

Most residents have fled, but those who stayed are savoring what they describe as a semblance of order and tranquility in a city that had been a warzone for more than a year.

"We are having a pleasant dream now of living in peace without hearing gunfire or bombs and walking freely through open streets," said teacher Abdul Wahab Ahmed, 45, who compared the new order to "passing a glass of chilled water to the thirsty."

However, the lull is unlikely to last, with government security forces and Shi'ite paramilitaries already preparing to launch a counter-offensive to retake the city.

"The dream won't last long, and soon we'll wake up to the bitter reality of being stuck in the crossfire between government forces and (IS) fighters," he said. 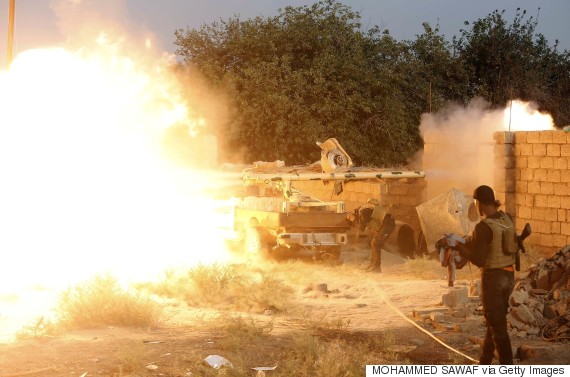 Iraqi fighters from the Shiite Muslim Al-Abbas popular mobilisation unit battle Islamic State jihadists in an area surrounding the village of Dujail in the Salaheddin province, north of Baghdad, on May 26, 2015. (MOHAMMED SAWAF/AFP/Getty Images)

Residents said no sooner had the militants claimed victory earlier this month than they set about removing blast walls and barricades from the streets with cranes, just as they did in Mosul, the northern Iraqi city they captured last June.

"It's good to see some normality restored to life in Ramadi," said Abu Abdul Rahman. "We were living in a military barracks when government forces were in control. Now we can taste a minimum level of freedom."

Islamic State reopened the municipality, and militants accompanied employees from the department of health to collect the bodies of unknown number of policemen and soldiers lying in the streets where they had died.

They were buried in mass graves on the city's outskirts, while burned-out vehicles were towed away to a scrap yard in a rural area north of Ramadi.

Under the militants' supervision, teams of plumbers repaired broken drinking water pipes, and free food and vegetables were handed out from refrigerated trucks.

Two tankers escorted by Islamic State fighters dispensed fuel to the owners of electricity generators in each neighborhood and instructed them to keep their prices in check.

The unemployed were urged to take work at the municipality for a monthly wage of 350,000 Iraqi dinars ($270), and repeated calls were made for female doctors to treat women patients at Ramadi hospital.

Following the surprise visit by the blind judge, fighters withdrew from the city streets, handing control to the Islamic morality police, or Hisba, multiple sources inside Ramadi said.

"Some of the fighters said goodbye and apologized if they had done anything wrong, it was not purpose," said one resident.

"They told us they will go to bolster defenses on Ramadi's outskirts."

As elsewhere under their sway, Islamic State has wasted no time in imposing their unyielding interpretation of Islamic Sharia law. They also appointed their own preachers to run the city's mosques, empowering them to resolve civilian disputes.

Male shopowners who stock womenswear were ordered to bring a wife, sister or mother to attend to female customers, limiting contact between the sexes. Orders were given for shop windows displaying women's clothing to be covered and manikins removed.

One cigarette seller recalled how he was approached by a militant who said: "Brother, we don't like you to sell something harmful to the health of Muslims: stop selling cigarettes and we are prepared to help you find another, decent occupation."

The cigarette seller, who refused to be identified, was skeptical: "I know this trick very well: to begin with Daesh ask you very politely, but when they grow stronger they won't even talk to you, they will just wave a knife at your neck."

Daesh is the unflattering Arabic acronym for Islamic State. 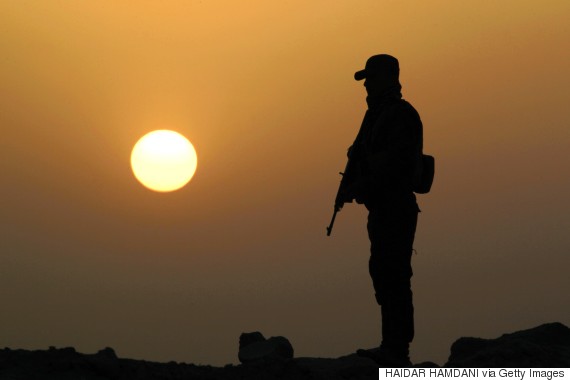 Islamic State fighters have warned residents not to venture outside the city because they say they have laid a web of bombs to hinder any incursion by government forces.

Residents who went to find relatives displaced by fighting east of the city saw men embedding dozens of explosive devices in the road, using small mobile generators to power electrical cutters to slice open the asphalt.

Asked why they were also planting mines on either side of the road, a local militant leader said: "We learned a lesson from Tikrit, where our brothers only planted bombs on key roads. Government forces and rejectionist militia.... used dirt tracks to enter the city."

In a setback to the militants, Iraqi troops and Shi'ite paramilitaries drove Islamic State out of Tikrit -- the hometown of former dictator Saddam Hussein -- in late March.

"We will not allow the same scenario to be repeated in Ramadi," the militant leader was quoted as saying.

However, Iraqi security expert Hisham al-Hashimi, who tracks the radical insurgents, said he did not expect Islamic State to keep Ramadi for long as well-armed, opposing forces muster for an assault on the city.

Despite the impending attack, residents said they had chosen to stay because they did not want to leave their homes or be treated in the way that others fleeing Ramadi had complained of.

Most of those displaced from the region had sought refuge in Baghdad, but they were not allowed into the city without a sponsor. Those who managed to get through said they were harassed by security forces and Shi'ite militias who suspected them of being infiltrators.

"We are sure that the control of the (IS) fighters is temporary, and sooner or later the government will be back," said Ramadi resident Abu Omar al-Obeidi.

"Our main concern is that the security forces will accuse us of supporting Daesh because we stayed in the city."

Retired civil servant Said Kamil, 68, who owns a food shop in central Ramadi said he had resigned himself to his fate: "For me, dying in dignity is better than living in humiliation." 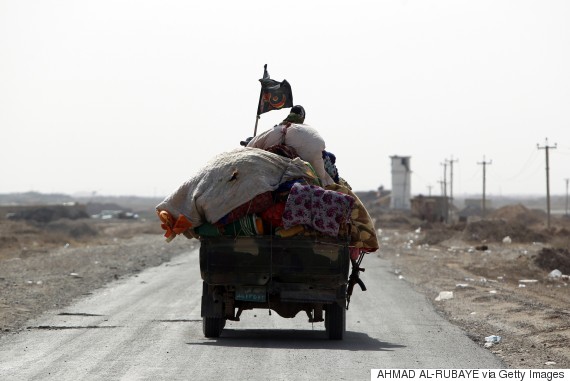 ISIS Settles Into Ramadi, But Quiet Is Unlikely To Last
Fighting In Iraq