The Islamic State militant group has been extraordinarily successful at spreading its propaganda through social media networks.

Now, a new study, released Thursday by the Brookings Institution think tank, seeks to provide the fullest picture to date of the group's presence on Twitter.

The report was commissioned by Google Ideas and authored by online extremism expert J. M. Berger and Jonathon Morgan of Ushahidi, an international nonprofit dedicated to open-source technology. By the authors' estimate, there are around 46,000 Twitter accounts operated by supporters of the Islamic State, also known as ISIS. The report studied 20,000 of these accounts between September and December 2014 to develop a portrait of the typical ISIS Twitter user.

The study found that Islamic State supporters tweet more and have more followers than the average Twitter user. But the study warns that efforts to clamp down on extremists' Twitter accounts could make it even more difficult to gather information about the group.

Where are the ISIS supporters based?

The study found that the group's supporters on Twitter mostly claim to be based in Iraq or Syria, where the militant group has been capturing swaths of territory since 2013. The next most common location is Saudi Arabia. 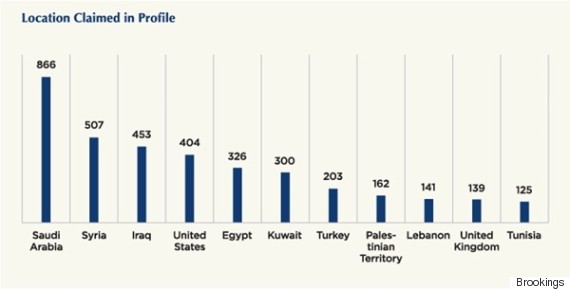 Several hundred of the accounts Berger and Morgan looked at had location data enabled, and were also clustered in Iraq, Syria and Saudi Arabia. In December 2014, the militant group ordered its followers to switch location data off, but the study found this command was "widely disregarded." 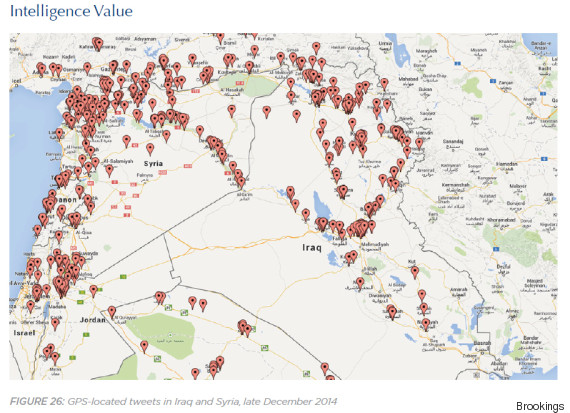 What languages do they speak?

Around three-quarters of the Twitter users selected Arabic as the language for their accounts, while nearly one-fifth chose English and 6 percent chose French. The report notes that this "tracks to some extent with the distribution of Western foreign fighters, with an overemphasis on English that also likely reflects ISIS’s target audience in the United States for inciting and harassing propaganda."

Yet, as with the rest of Twitter, this activity is concentrated in a small group of users, whom the Islamic State calls the mujtahidun, or “industrious ones.”

"Much of ISIS’s social media success can be attributed to a relatively small group of hyperactive users, numbering between 500 and 2,000 accounts, which tweet in concentrated bursts of high volume," the authors write.

This graph shows that the vast majority of ISIS supporters (18,425 accounts or 92 percent of the accounts examined in the study) tweet between zero and 50 times a day. By contrast, the 545 most 'industrious' accounts tweeted 150-200 times a day.

This pattern is highly strategic. As the report notes: "Short, prolonged bursts of activity cause hashtags to trend, resulting in third-party aggregation and insertion of tweeted content into search results."

“To have that many accounts in a very disciplined way out there doing the same thing every day is a pretty powerful tool,” Berger told The New York Times.

ISIS uses this "industrious" group of followers to amplify its official messages. Since Twitter stepped up efforts last summer to shut down accounts belonging to the group's official representatives, those official accounts have tried to fly under the radar. The study found only 79 such accounts. 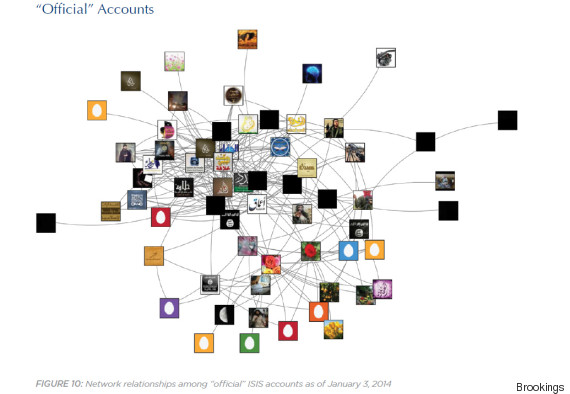 How can they be stopped?

Twitter's crackdown, which last week prompted militant threats against the company's employees, has disrupted the group's social media activities, the report found. ISIS supporters quickly open new accounts, but are forced to rebuild their networks, diverting time away from propaganda and recruitment.

Yet the report notes that shutting down ISIS-linked networks on social media also entails risks, including a loss of intelligence about the group and faster radicalization of its recruits.

"ISIS social networks on Twitter are becoming even more insular than they were to begin with," the report explains. "When we segregate members of ISIS social networks, we are, to some extent, also closing off potential exit ramps."

More from The WorldPost on the Islamic State group:

- Former Child Soldier: "Don't Join ISIS" - Despite Kobani's Liberation From ISIS, Many Syrians See Little To Celebrate - Jordan Has A Huge Foreign Fighter Problem - 15,000 Foreign Fighters Have Joined Extremist Groups In Iraq And Syria. Here's Why They Went - How ISIS Uses OIl To Fund Terror - What’s Happening In Jordan Today Shows How The Arab World’s Strengths Are Also Its Weaknesses

Who's Behind The Islamic State's Propaganda On Twitter?
War In Syria