Every morning before I get out of bed to get my morning coffee and start my day, I grab my phone to check the news and see what has happened worldwide while I was asleep.

As an Egyptian-American, I consider myself very lucky. My social media news feed is both informative and entertaining. I get both sides of a story, I am always ahead of the game because of the time difference between where I live and the Middle East and most importantly I read and understand both Arabic and English which is a very important factor when it comes to getting to a bottom of a story since there are many things and aspects of a story that sometimes get lost in translation and cultural misinterpretation.

It is always interesting to see how a certain piece of news is reported in the Middle East versus in the regular American news/media (TV, radio or social media) and vice versa. It is eye opening and sometimes a proof of the lack of religious and cultural intelligence on both sides of media outlets.

I follow activists, celebrities, reporters, writers and newscasters from both sides. I even created an Instagram account to follow closely the daily life of these people in order to be able to have a solid opinion and vision of what is happening in the Middle East.

The most interesting part (and the point of my article) is the fact that while the American reporters, news stations, activists and even some of my friends (Muslims and non-Muslims) were heavily reporting, condemning, apologizing and commenting on the horrible ISIS, Taliban and other extreme/terrorist actions and attacks that have nothing to do with the Islamic religion nor its people, their middle eastern counter parts (reporters, prestigious newspapers, activists and even my own family and friends) were busy reporting and voting on Arab Idol (the Arabic/middle eastern version of American Idol that is followed by millions of people on social media around the Arab nation) and betting on who is going to be the 'Queen of Belly Dancing' in Egypt's First Belly dancing Reality Show The Belly Dancer ; the show that was aired across the Middle East and North Africa to 300 Million Viewers. 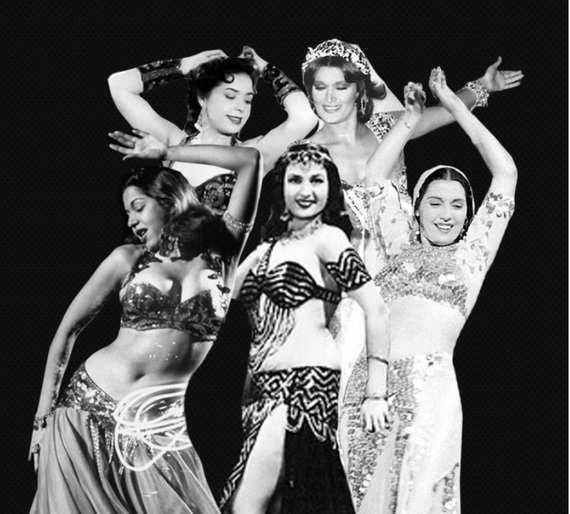 While I deeply condemn, hate and can't stand extremists like ISIS, Taliban and every single organization and person in this globe that tries to use Islam or any other religion to fulfill their own political and leadership ideologies by killing innocent souls and stirring up the world, I also wonder why Arabs and Muslims in general are not shown or portrayed doing things that are opposite to the image that have been created (and still been created) for and about them through the years by the American media.

As a modest Muslim woman (not a religious or Islamic Scholar by any means), I am definitely not trying to promote the liberal version and image of Arabs and Muslims nor am I in a position to argue or issue a scientific/Islamic opinion about how acceptable and allowable these things in Islam as this is not the point of this article either. I am just wondering: Why the American media never reports on this version of Arabs and Muslims the same way it reports about ISIS, Taliban and other extremists.

In her 2009 Ted talk, Nigerian Novelist Chimamanda Adichie warns that "if we only hear a single story about another person, culture or country, we risk a critical misunderstanding."

Aren't we at risk already?

As an Arab, Muslim, Egyptian-American, I am very proud of my heritage and culture the same way I am proud to be an American. I am proud to come from a country that was called "The Hollywood of the Middle East". A country that was known (and is still known) for its unrivaled center for music and film production in the Middle East. Producers, writers, composers, actors, musicians, star singers, and creators of every artistic genre congregated to take part in its intense, international, progressive and artistic movement. A country that brought (and still brings) international artists like Umm Kulthum, Mohamed Abdel Wahab, and the beloved singer and composer Abdel Halim Hafez and thousands of others.

While ISIS and the Belly Dancer are two ends of the spectrum in the Arab/Muslim world, I feel that it would have been easier to correct liberal misconceptions that (in some cases) align well with the western culture rather than try to fight and change a view of Muslims that promotes killing of children and innocent human beings, violence and dis-empowering women.

As someone who considers herself in the middle of the spectrum, I follow my heart as the basic rule of Islam and try to live in harmony, peace and love with others the way I was taught by mu family throughout my life and the way millions of Muslims live throughout the world.

I invite you to spend some time on social media and follow actors, artists, singers and celebrities in the Middle East and I promise that you will be shocked. While all what you hear about Muslims and Arabs from the mainstream American media is violence, revolutions and rage, you will be able to see for yourself a lifestyle that is progressive, liberal and most importantly peaceful. Art pieces, new movies, new songs and new shows are the regular day to day topics of these people, besides the regular people whose day to day life does not differ much than a day to day life of any regular family in the United States. We are all running around finishing errands before the Holidays, Christmas trees are decorating most of the Malls in the Arab world (and many houses too!!) and most people have a party or two to go to in the Christmas and New Year's Eve. I also invite you (if you get the chance and lucky enough) to visit cities like Cairo and Dubai where the nightlife is no different than the daily night life in Los Angeles or Down Town Washington D.C. 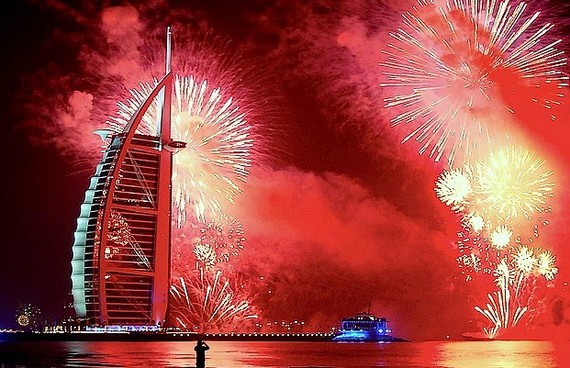 Believe me, there is not just one single story of any culture or people, there are many and I wish that all of us will take the time to hear about the different stories of one another.

P.S. If you ever wonder if I do belly dancing myself or not. No I don't. I think I was the only one in my family who failed to keep this tradition alive. oh my poor daughter; she will definitely miss a lot!!