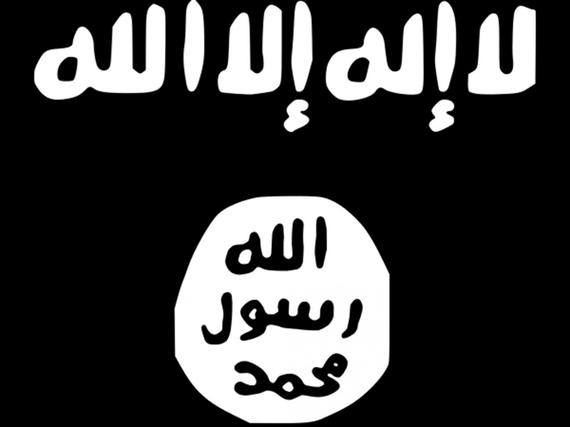 Over the past week, the Paris attacks have raised discussions with merely superficial ties to realities on Europe's security policies and its relationship with Syria and Iraq. By November 13, 7:33 PM EST, though the latest reports had not definitively confirmed ISIS's involvement in the attacks, US Congressman Jeff Duncan, among other social media users, made snide comments targeting the EU's refugee policies as though they were responsible for the attacks. Conflicting reports have leaped to conclusions either condemning the EU's policies, but our understanding of the attacks has continued to remain uncertain, until recently. Knee-jerk reactions against refugees may score political points, but they ignore the threat of homegrown radicals traveling to and from Syrian battlegrounds and threaten to reinforce ISIS's propaganda bonanza.

Long before the attackers were even fully identified, though, after Duncan's snotty remarks, a Syrian passport was found and was allegedly linked to of the perpetrators. This ignited a firestorm, with numerous Republican governors instantly assuming that at least one attacker was a Syrian refugee and subsequently calling these refugees threats to national security. Soon after, however, reality became more complicated for those interested in the truth: AFP reported that the owner of the Syrian passport, who had been loyal to Bashar al-Assad, had died months before the attack. French officials investigating the situation stated that the passport may have been planted--they said that it was not on the attacker's body, but "lying nearby, as if meant to be found."

The deathblow to xenophobia against Syrian refugees here was the actual identities of the attackers--virtually all of those involved, aside from the dead owner of the passport, were either French or Belgian. Furthermore, Greek officials have said that none of the attackers even set foot on Greece in their path to France, whether they masqueraded as refugees at any point in their travels or not.

These facts have profound implications for the security policy and politics of Syrian refugees. Whether or not the passport was planted, the Paris attacks have led numerous pundits and politicians to develop narratives unjustly framing refugees as national security threats. Duncan's, Donald Trump's and Ben Carson's profoundly irresponsible and misleading rhetoric have successfully framed large populations of the West as distrustful or antipathic towards Muslims.

They have with poetic irony played into ISIS's strategy, which as detailed in its Dabiq magazine, has focused on destroying Muslim and Arab coexistence with the West and political pluralism. ISIS's recruitment operations of foreign fighters have long relied upon alienation of Muslims in Western countries. What politicians like Ben Carson fail to understand is that US's counterterrorism strategies rely upon military action complemented with economic and political outreach efforts used to prevent attacks from occurring in the first place by starving terrorist organizations of their source of angry recruits vulnerable to extremist indoctrination. How is it possible that self-proclaimed leaders of American conservatism fail to demonstrate the slightest understanding of the role of politics and propaganda in counterterrorism?

Politically, ISIS has everything to gain from xenophobic responses driven by terrorism as they prevent the integration of Arabs into the West, bolstering ISIS's attractiveness to foreign fighters, and construct an image of the West as unfriendly to refugees fleeing ISIS itself. Stopping the outflow of refugees has become especially important in ISIS's development as a self-proclaimed caliphate--its religious legitimacy relies on the predicted migration of Muslims to live and serve under its rule, and its operations demand populations for extortion, which declined as it lost 25% of its territory in early 2015.

Based upon previous attacks claimed by ISIS, the greatest threats to national security, aside from xenophobic rhetoric bolstering ISIS's recruitment, lie not with refugees but with Western citizens fighting in Syria. Abdelhamid Abaaoud, who allegedly served as a link between ISIS and the other French and Belgian Paris attackers, developed his relationship with ISIS after leaving to fight in Syria in 2014. As a Belgian citizen, he was relatively free to move throughout Europe, and intelligence gaps had resulted in the failure of surveillance and military action against him.

A similar background has been associated with other attackers allegedly linked to ISIS, including the perpetrators of a May 2015 shooting in Garland, Texas--these individuals were US citizens who were inspired by ISIS, though, in contrast with Abaaoud, they were unsuccessful in their attempts to travel to Syria before the attack.

What does this mean in the broader context of national security? At the moment, Europe might be at a much greater risk than the US for ISIS-inspired attacks, though not because of the incoming refugees, but because of the thousands of EU citizens who have traveled to Syria. In the US, the intelligence community can point to just 40 individuals who have done the same, and zero credible threats.

By overblowing the threat of the refugees, politicians like Ben Carson have created a self-fulfilling prophecy of alienated individuals unable to integrate with the West because of xenophobia. These knee-jerk xenophobic reactions have failed to demonstrate the slightest understanding of the fight against ISIS and have divided instead of strengthening us. Indeed, Congress's willingness to halt the resettlement process for Syrian refugees will only serve to undermine American counterterrorism efforts by playing into ISIS's propaganda without addressing the actual threats to Western security.