Note: Some spoilers for The Book of Life

Basing a children's movie around death is very risky. Children's movies are supposed to be cheerful and optimistic, while death makes us think of cemeteries, funerals and sadness (how many of us are still traumatized by Mufasa's death in The Lion King?). Thus, I was impressed with the new animated film The Book of Life because it addresses death in a lighthearted yet respectful fashion through the lens of the Mexican folk holiday Día de Los Muertos (Day of the Dead). What I enjoyed most about this movie was finding unexpected commonalities between my own tradition of Islam and this "interfaith" festival that has its origins in a synthesis of Native American traditions and Catholicism.

During the Day of the Dead, families leave offerings such as food, drinks and decorations on the graves of their deceased relatives as a way of honoring them. 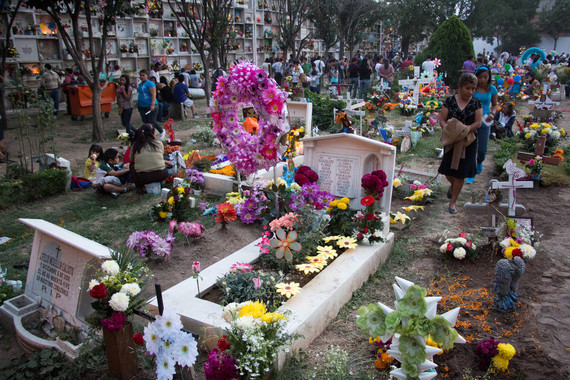 The movie exaggerates this idea by creating a mythos where souls can only reside in paradise as long as they are remembered by their living relatives. Interestingly, this idea has some similarities with Islamic tradition. Muslims believe that after death, all beings are judged according to their actions in life; righteous souls enjoy eternal paradise while sinners face damnation. Living relatives can help their deceased relatives achieve paradise by praying for them. One example of this is the salat-al-janazah (funeral prayer), an obligatory part of the Muslim funeral service where congregants pray that the deceased person's sins will be forgiven. 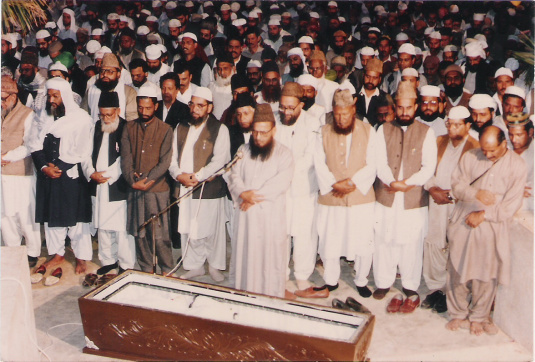 A well-known hadith states that prayers from righteous offspring are one of just a few ways that dead souls can accrue good deeds to help them escape damnation.

Another central theme in the Day of the Dead is the belief that the veil between the living and dead is thin, and that people on earth can somehow feel the presence of their deceased relatives. The Book of Life also exaggerates this concept, and one character is able to literally travel to the land of the dead and meet several of his ancestors as well as some divine beings. 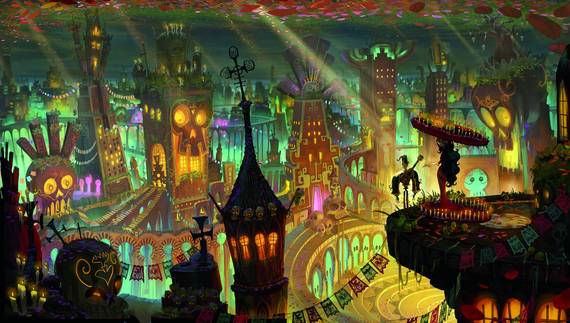 As a medical student, I am accustomed to death being used synonymously with failure. Therefore, for me the most striking commonality between Islam, Day of the Dead and The Book of Life was that death is considered natural rather than inherently negative. Life is ultimately in God's control and, "When [a person's] time [of death] comes they cannot delay it for a single hour nor can they bring it forward by a single hour." (Quran 16:61). The Quran also repeatedly states that death is not necessarily bad because the afterlife for the righteous is infinitely better in comparison to life on earth, with rivers, gardens, soft cushions and numerous other luxuries that are beyond human comprehension. Similarly, The Book of Life portrays the afterlife as an unending celebration where one can live eternally with one's relatives and enjoy many comforts. Indeed, the real-world Day of the Dead is intended to be a cheerful, happy occasion where people can reflect on positive memories about their departed family members.

I never thought that a children's film about a Mexican holiday would motivate me to delve deeper into my own religious background and my views on death. Reflecting on The Book of Life has helped me realize that as a future healthcare provider, I will need to be ready for spiritual and philosophical questions about the nature of death. Although treating death as the worst-case scenario may be helpful when treating patients, such an approach may not be appropriate for a grieving family or for patients who are released from intense suffering. In addition, I will need to be familiar with death rituals from various spiritual, religious and ethnic groups. However, despite all of this discussion of death, I remain committed to the Hippocratic Oath and the importance of preventing death as much as possible. As the Quran says, "Whoever kills a soul...it is as if he had slain mankind entirely. And whoever saves one -- it is as if he had saved mankind entirely" (5:32).