ASHGABAT, Turkmenistan -- If you walk intently in the bazaars of the bustling metropolis Karachi, you'll see scores of Afghan refugees trading and selling merchandise. Sporting a four-finger-long beard, often colored in henna, they integrate well in the society and speak the local language proficiently. But not all Afghan refugees have settled so well in the society.

One evening, while having chai at a famous joint near sea view with a friend, I heard a sharp knock on the car window. When I turned my head, I saw a young girl, with mesmerising hazel eyes, her face wrapped in a traditional chaadar, asking for money. She was no more than 10-years-old. Behind her was an even younger boy whose face was adorned with mud -- not from playing on the ground, I guess, but from roughing out on the busy streets of Karachi, which is, perhaps, his home.

The Organisation of Islamic Cooperation (OIC) joined hands with the United Nations High Commission for Refugees (UNHCR) and the Government of Turkmenistan to sketch a road map to share the burden of the hosting countries with hopes that it will improve the plight of refugees in the Muslim world. The international ministerial conference on "Refugees in the Muslim World" focused on solutions to the growing problem of refugees, which has seemingly exacerbated after the Arab spring.

OIC, the confederacy of 57 Islamic states, NGOs and international organisations, is participating in the two-day conference in Ashgabat, Turkmenistan, which was held on May 11 and 12.

"This conference is a big international commitment to solve the growing humanitarian crises of refugees in the Muslim world," said Professor Ekmeleddin Ihsanoglu, the secretary-general of OIC, in an exclusive interview. He added: "Our determination is in line with the spirit of Islam." 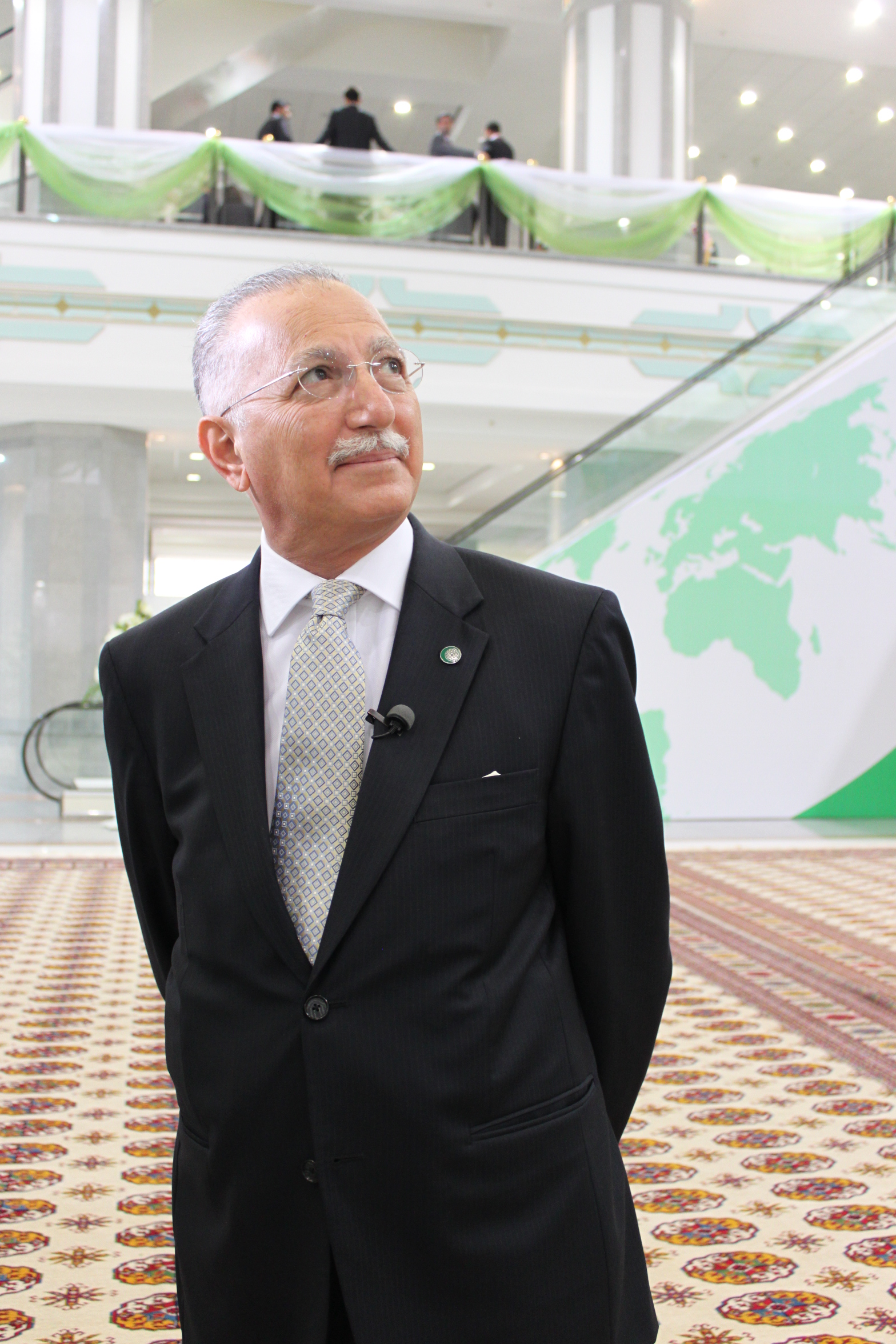 At the conference, the U.N. High Commissioner for Refugees, António Guterres, showed true concern for the refugees, asylum seekers, and displaced people in the Muslim world.

"In 2011, the OIC states hosted 50 percent of persons who are of concern to UNHCR, some 17.6 million in total," he said in his remarks, adding: "More than 80 per cent of refugees remain within their own regions of origin, often in developing countries already struggling to meet the needs of their own citizens."

While Pakistan has embraced the largest number of refugees in the world, it should be no surprise that it is taking a toll on the country, which is struggling to meet the needs of its own people. Despite the return of more than 5.7 million Afghan refugees to their homeland in the past decade, there are still nearly 1.7 million Afghans in Pakistan.

Voluntary return of the refugees has slowed down in the past few years. Until now, Pakistan has given shelter to 3 million refugees, the Pakistani representative informed us. However, registration cards for Afghan refugees in Pakistan are expiring at the end of this year and it is unclear what measures are being taken to renew the cards. The Pakistani government has assured UNHCR last February that no refugee will be forced to leave.

"Hospitality and generosity for refugees is rooted in our culture and history," said Nawabzada Malik Amad Khan, minister of state for foreign affairs. "Unfortunately, despite the exponential increase in number of refugees, international assistance for refugee protection is dwindling. The burden is being placed mostly on those who are least able to carry it."

Some refugees who return back to Afghanistan cross the borders to Pakistan again for economic reasons. "Many people return back home but they cross the border again," said Atta al-Manan Bakhit, OIC assistant secretary-general. "They say, 'When I am there, I find nothing, so I come back.' And when they come to the host country after returning back home, they lose their refugee cover, becoming more vulnerable."

The conference is, therefore, brainstorming ideas on how to improve conditions in countries from where people are displaced. "Refugees are created by many factors. There are political, social and economic dimensions," said Mr. Bakhit.

The notion of voluntary return may seem far-fetched now, but OIC is confident that it is possible in the future. After all, why wouldn't the refugees, the asylum seekers and the displaced people return back home if the conditions in their homeland change for the better? The critics may argue that this notion is as audacious as world peace, which only sounds good in beauty contests. Until a time comes when refugees happily return to their homelands, they should be free to enjoy all freedoms in the host country, said the secretary-general of the OIC in an interview.

"Islam poses high standards and values on those hosting refuges, as mentioned in the Quran," said the secretary-general of the OIC. "Islamic law preserves the rights of refugees. In a society true to the Islamic laws, a refugee will most certainly enjoy the freedom, without the pressure of repatriating."