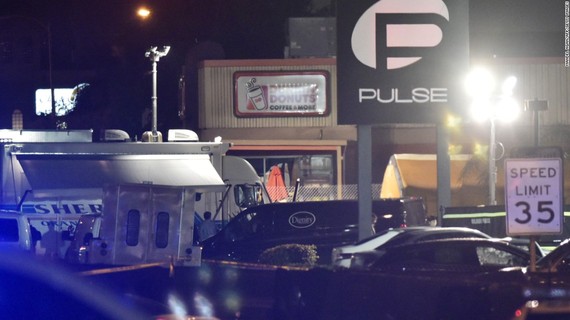 USA has bled again in Orlando a few months following the San Bernardino shooting and as we move forward there is every reason to be fearful that such incidences can take place in future also. Both the shootings were conducted by radical Islamists, who used high tech assault rifles. Both these incidents have connected apparently separate but at the same time highly debated issues of Islamic extremism and gun control. However, despite the enormous importance of these issues, I doubt that we are taking the right approach.

Let's take Islamic extremism. Our discourse is dominated by two contrasting arguments. According to one side, Islamic fundamentalism does not exist or even if it does, it should not be openly condemned. This side consisting of some liberals is simply reluctant to even openly acknowledge the problem. The fear of being branded as xenophobic somehow or the other overrides every other consideration.

Liberals have to understand that Islamic extremism is a reality and it needs to be acknowledged and dealt with. Trying to avoid dealing with it on the pretext that it is xenophobia is not going to solve the problem. Yes, it is wrong to paint every Muslim with the same brush. It is wrong to say that every Muslim thinks alike and somehow is supportive of ISIS type of organization. However, at the same time, we need to acknowledge that a violent strand of Islamic ideology does exist which is able to recruit and radicalize some Muslim men and women. In fact the attack on LGBT community is motivated by religious extremism though the general discriminatory environment against them is also definitely a contributing factor. Trying to tackle with that ideology is not xenophobia. Liberals have to engage with Muslims to convince them to exert efforts in building a counter narrative to the violent interpretation of Islam.

In fact if anything, the failure to acknowledge an obvious problem by the liberal side is going to give the space to outright reactionaries and racists like Donald Trump. In fact he has already gotten a lot of attention because of the way liberals have shown reluctance to acknowledge and condemn the problem and he will exploit this issue in the coming elections as well.

In contrast the other side, represented by politicians like Trump, is categorizing all Muslims as evil and supportive of organizations like ISIS. Many are also not able to understand that neither Islam nor Muslims are monolithic. This side is also unable to recognize that the rise of radical Islam is a recent phenomenon, has a lot to do with the interplay between ideology, international events as well as politics of identity. Moreover it has affected different Muslims differently and therefore trying to paint everyone with the same brush is plain wrong. Yes, Islamic radicalism needs to be countered but blanket bigotry and hatred is not the answer. If anything, such behavior is going to further fuel the drift of some Muslims towards radicalism.

Then is the issue of gun control which though distinct from Islamic radicalism nevertheless featured prominently in both San Bernardino and the recent Orlando shooting. Let's not forget that although the motivation behind both San Bernardino and Orlando killing may have been religious ideology and hatred but the easy availability of assault weapons made it much easier.

USA has extraordinary high ownership of guns when compared to the rest of the world. Apart from high ownership of guns, USA is also characterized by high level of gun violence. It has the highest per capita gun related homicide rates in the developed world. More than 13,000 individuals were killed by guns in 2015 and more than 26,000 were injured. Further, there were more than 350 mass shootings in 2015 alone which killed more than 450 people and injured more than 1800. Ironically despite the abive ad part is that over time the gun laws have become even more relaxed.

Unfortunately, despite intuitive and theoretical appeal as well empirical evidence, the issue of gun control has not been able to achieve the kind of consensus which is right now needed. The Second Amendment is being constantly cited as a justification for opposing gun control laws and this has in fact led to further relaxing of the laws.

After Sandy Hook massacre despite the enormity of the tragedy, President's proposals to implement tighter gun laws were defeated. Even the proposal of proper background checks, which had 90% of public approval ratings got defeated. After defeat at the Senate, the battle over gun control went to states. Around 1500 bills were introduced in the state assemblies in 2013, out of which 178 passed at least one chamber and 109 became law. However, out of those which became law, 70 actually relaxed gun restrictions. In fact more than half of the states have ended up relaxing gun laws.

The problem is that easy availability of guns aids the terrorists and in fact anyone who has perverse intentions. In the case of BOTH San Bernardino and Orlando shooting incidents, extremists were able to buy dangerous assault weapons easily. In the case Virginia Tech and Colorado mentally ill people were able to buy assault weapons easily. Unless we are ready to change this, incidents such as these will keep on happening as radicalized individuals will have access to these dangerous weapons.

The fact is that many of the proposed laws DO NOT infringe upon the Second Amendment as they merely regulate the right to bear arms by establishing some basic criteria with respect to background checks and type of weapon one can possess. After all every right in this world comes with certain criteria and even right of ownership of a motor vehicle is governed by some rules and regulations. Fight against terrorism requires a complete overhaul of the way we have approached this issue till now.