Five years ago, when I considered the issue of Islamic practice in China, three things immediately came to mind: Xinjiang, restriction, and incompatibility with the Chinese Communist Party (CCP). However, after a year of field research in southwest China's Yunnan Province, this picture has diversified in my mind. Yes, issues pertaining to religious freedom in China exist in droves, but at the same time Chinese Muslims in the right place at the right time are reviving Islamic practice at an astonishing pace without significant government interference.

Recently, sprinkled amidst numerous articles that describe how Muslim activity is restrained in China, more and more material depicts CCP tolerance of Islam insofar as it aids China's economic development and foreign policy interests. After reading a New York Times brief on Muslim fasting restrictions during Ramadan in Xinjiang, you can find an article in The Economist that says China converted hundreds of workers to Islam so they could work in Mecca on a China Railways project to build a monorail between Mecca and surrounding holy sites. As one of the world's biggest oil consumers, China's ties with Saudi Arabia have grown closer over the past decade. In February 2012, The China Post published an article confirming Saudi Arabia as China's biggest trade partner in West Asia, with two-way trade exceeding $43 billion in 2010. China has also allowed a private, local initiative to build what is now, according to statistics provided by Iran expert at Yunnan University's School of International Relations Yao Jide, China's largest mosque in Shadian, Yunnan Province. 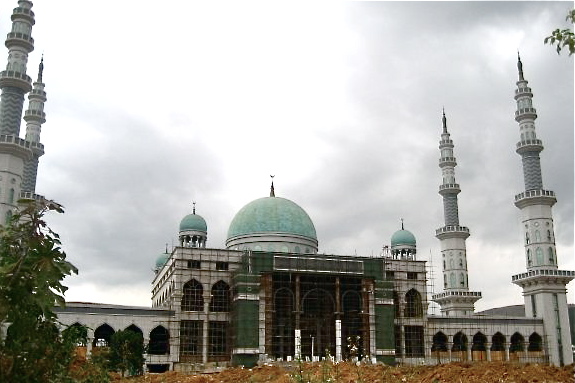 According to Taiwanese Professor of International Affairs Beatrice Leung, China is "willing to trade religious relaxation for foreign policy advantage." And for China's relationship with Saudi Arabia to continue, China must show respect for Saudi culture, traditions and religion.

During my year of research in Yunnan in 2009, I made a trip to Shadian. As my van rounded the hilltop bend I saw the village standing dwarfed in the midday sun by towering minarets and green domes. Women roamed through the streets in colorful headscarves, past homes with gold Arabic lettering over the doorways. Arabic calls to prayer rang out loudly in the streets. It was almost impossible to tell that this town was the site of the July 1975 Shadian Incident; a time when mosques were destroyed and hundreds of Muslims killed during the Cultural Revolution.

The multi-ethnic minority family I was travelling with, made up of Hui, Bai and Mosuo ethnic minority members, launched into the backstory of the new mosque and told me how it was modeled after Arab architecture. When we reached the mosque, the Hui men of the family left for afternoon prayers. As I joined the other women in preparing a halal meal for lunch, I began to think about why Islam flourishes in Shadian today. Why do Muslims here receive drastically different treatment from the CCP than those in Xinjiang?

Starkly different government treatment toward Muslims in Xinjiang and those in Yunnan suggest that Chinese government tolerance of Islam is highly strategic. In Xinjiang, Islamic sermons have strict time limits, Muslims must pray inside a mosque in their residential area, and Ramadan and Hajj activities are carefully restricted. But there is far less government interference in Yunnan, where Muslims can pray in more than one mosque and observe Ramadan rituals in groups. Yunnan has attracted attention from major Islamic centers around the world through its development and revival of Islamic education, ritual and architecture. As economic development in the region continues, mosques pop up at an alarming rate, featuring elaborate Arab or middle-eastern design and mosque-based Islamic schools brimming with eager, young scholars. 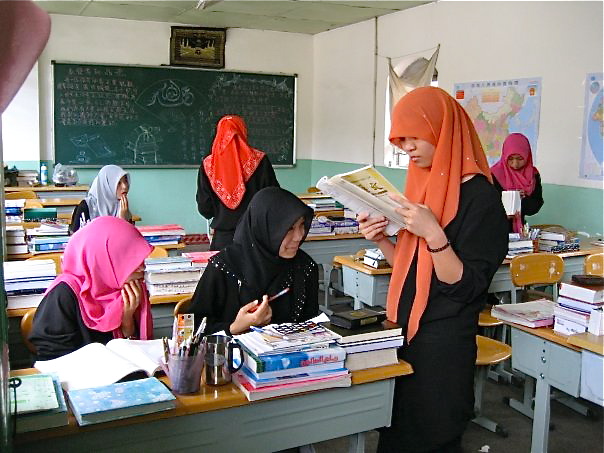 In his book Muslim Chinese: Ethnic Nationalism in the People's Republic, Pomona College Professor of Anthropology Dru Gladney emphasized the fact that Yunnanese Muslims belong primarily to the Hui minority group. "The Hui have been significant players in China's efforts to maintain close political-economic ties with largely Muslim, Middle Eastern nations," he wrote. Hui Muslims speak Mandarin and are geographically scattered across China. In the eyes of the CCP, Yunnanese Hui, more so than Hui anywhere else in China, pose the least "threat to national stability" because they harmoniously coexist with over two dozen different minority groups.

On the other hand, Muslims in Xinjiang belong to the Uighur minority group and make up almost half the province's population. Uighurs speak mainly their own Turkic language, and are isolated and heavily concentrated in the Tarim Basin region. Five countries with majority Muslim populations border Xinjiang: Kazakhstan, Kyrgystan, Tajikistan, Afghanistan and Pakistan. Uighurs feel ethnic, cultural and religious tension with the officially atheist Han Chinese and remain relatively segregated. Xinjiang is considered one of China's most politically sensitive regions. It makes perfect sense that the Chinese government keeps a firm grip on Xinjiang, while appeasing critics of its religious policies with relative tolerance, and even some religious tourism, in Yunnan.

After a week in Shadian, I moved to Dali Autonomous region in northwestern Yunnan. I met Zhang Hongyun, a teacher at Dali Muslim Middle School in Wuliqiao village. Zhang said he could never have imagined that he would openly practice and teach Islam in China. During the Cultural Revolution, his grandfather memorized hundreds of Islamic scriptures before they were destroyed and kept Islam alive in his village through word of mouth. Now, at the age of 35, Zhang publicly runs prayers and religious classes as a respected member of his community. He has studied Arabic in Beijing, traveled to Malaysia, and he made his pilgrimage to Mecca in 2007.

"I have seen Islam change drastically over the years through the eyes of my grandparents, my parents, and now in my own life," said Zhang. "Islam can flourish in China." He sits cross-legged in a concrete classroom, looking indistinguishable from the average Han Chinese citizen save for the white prayer cap perched on his head.