BAGHDAD, March 10 (Reuters) - Islamic State militants said on Tuesday they had killed two men in northern Iraq for homosexuality and another for blasphemy.

The group controls a large, self-declared caliphate in parts of Iraq and neighboring Syria, where it enforces an ultra-purist vision of Islam that condemns all but the narrowest interpretation of centuries-old Sunni Muslim law as deviance.

In a report published online, Islamic State showed an elderly bearded man reading out, in front of a crowd of people, a death sentence for two men accused of homosexuality and a third accused of cursing God.

The accused were shown in three separate pictures kneeling, blindfolded with their arms tied behind their backs, and a black-clad man holding a large sword over their heads. Photo captions said they show the executions being performed.

There were no pictures of actual beheadings taking place, but in the second and third images, the sword appeared bloodied.

Another picture showed two papers, dated March 8, from an Islamic State court in the northern Iraqi province of Nineveh. One paper condemned a man to death by sword for blasphemy, while the other said the two men accused of homosexuality must face "God's judgment."

Islamic State militants have also targeted Shi'ite Muslims, Christians, Yazidis and Kurds in a campaign to impose their radical variation of Sunni Islam on the areas under their control, killing hundreds of opponents. (Reporting by Saif Hameed; Editing by Dominic Evans and Mark Heinrich) 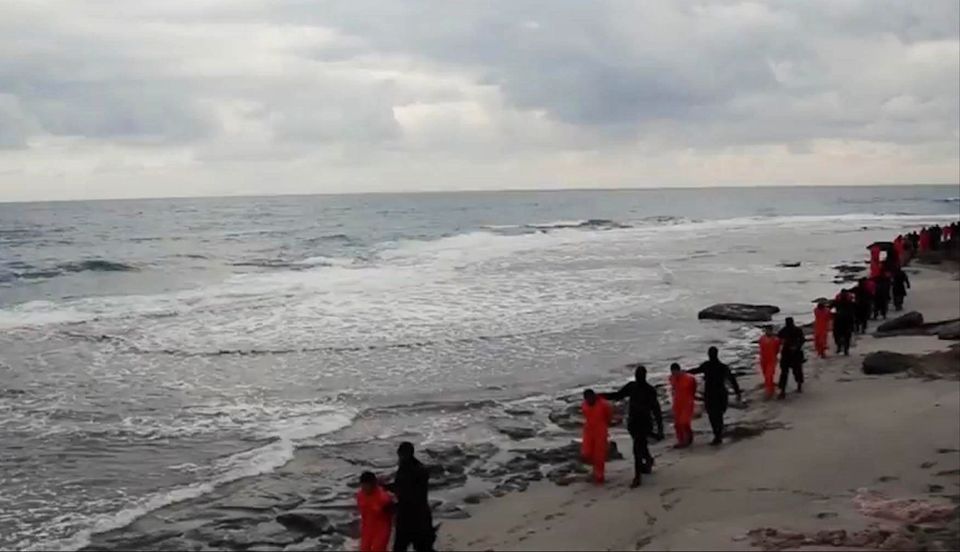