The U.S.-backed offensive to retake the Syrian city of Raqqa from the self-described Islamic State has been a long-awaited milestone in the campaign against the extremist group. In recent months, however, anti-ISIS militia gains and an increased U.S. presence have appeared to indicate that the operation could finally get underway.

U.S. Marines were deployed to the area near Raqqa this week, and ISIS supply routes to the city have been cut off. The group’s leaders are also reportedly fleeing the city in anticipation of the advance, relocating to the relative safety of ISIS-occupied Deir al-Zour province. Thousands of fighters are still estimated to be in the city, however, and the battle is expected to be one of the most challenging yet against the militants.

But despite the buildup of anti-ISIS forces and extensive planning, the actual offensive to retake Raqqa may still not be coming soon. Instead, the U.S. is mired in a political standoff as its ostensible allies in the region are at odds with each other over who should assume what role in taking back the city.

The divisions highlight that the offensive is important not only to push ISIS out of its de facto capital but also because it threatens to inflame the complex dynamic among the groups vying for power within the Syrian civil war.

At the center of the debate is Turkish anger that the U.S. has signaled it plans to arm and back Kurdish YPG forces to take back Raqqa. This is a point of contention for Turkey, which fears that if the YPG gains more power, it could pose a threat or funnel support to Kurdistan Worker’s Party militants who are in a violent conflict with the Turkish government.

Turkey opposes the use of YPG (a Kurdish acronym for People’s Protection Units), preferring Turkish-backed Free Syrian Army forces as well as its own military. The problem is that, although the U.S. is allied with both against ISIS, analysts say American officials see the Kurds as the most capable force to take back Raqqa.

The U.S. faces a difficult balancing act in trying to assuage Turkish concerns about Kurdish YPG forces while still achieving its goal of booting ISIS from the territory it seized in the early years of the Syrian civil war. These challenges could result in an increased U.S. presence in the conflict, as was demonstrated this week when Marines from the 11th Marine Expeditionary Unit were sent to the town of Manbij, near Raqqa.

The deployment effectively put U.S. forces in the role of peacekeeper, after YPG offensives last month near Manbij blocked Turkish-backed Free Syrian Army advances. The U.S. presence in the town is partly to act as a deterrent to stop any Turkish-led offensive against YPG in the area, which would have further hindered the efforts to target Raqqa.

Turkey warned the U.S. on Thursday that relations between the two countries would suffer if Kurdish forces are included in the battle for Raqqa. As a result of this spat, U.S. officials told The Wall Street Journal on Thursday that the offensive could be delayed until after Turkey’s mid-April referendum. The vote will determine whether President Recep Tayyip Erdogan will gain greater powers under a U.S.-style executive presidency.

The fact that President Donald Trump’s administration is still assessing what its Syria policy will be and is still reviewing its plan on how to fight ISIS adds to this uncertainty surrounding the Raqqa offensive. Despite Trump’s aggressive rhetoric that his administration would take quick action to destroy ISIS, it has not announced any significant changes to current operations.

Retaking Raqqa would push the Islamic State out of its greatest stronghold in Syria and back into a relatively small patch of territory in eastern Syria, but it would not be a death blow to the group.

The Islamic State and its previous iterations have proved to be a highly adaptable organization despite losses of leadership and territory. Leader Abu Bakr al Baghdadi has survived despite frequent reports of his death in airstrikes, and there are still thousands of militants fighting for ISIS.

Many of the underlying conditions for the Islamic State’s rise have also not changed, including the multi-faceted Syrian war and the widespread instability it has created. As the heated disputes ahead of the Raqqa offensive demonstrate, these divisions and the conflict will persist even after ISIS is driven out of the city. 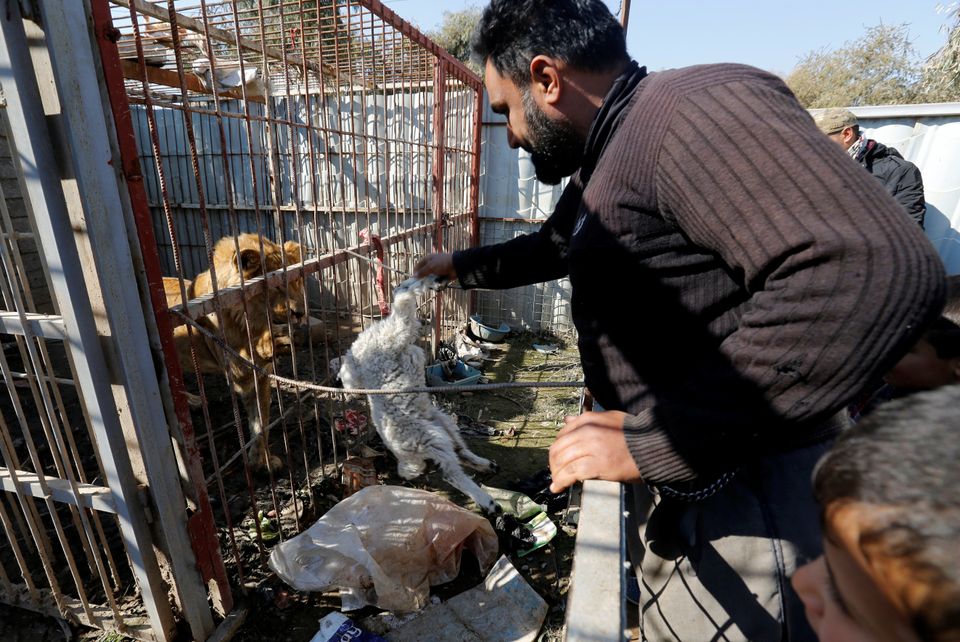