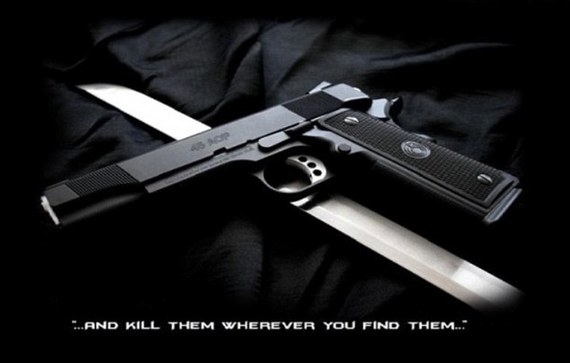 The Islamic State took its headline-grabbing show to the world stage last week as IS-inspired militants launched near-simultaneous attacks against the Bardo Museum, a popular tourist destination in Tunis, and Shite mosques in Sanaa. The Sanaa attack, the first by Islamic State militants in Yemen, was followed up by a second attack by an IS-affiliated group, Lions of Lahi, against police in Al Lahi, a small town north of the port city of Aden. A total of 22 people, mostly European tourists from visiting cruise ships, were killed in the Tunis attacks. This was also the first IS attack in Tunisia. Approximately 142 people were killed as a result of multiple bomb blasts at the al-Badr and al-Hashoosh mosques in Sanaa. An additional 29 police officers were killed in the Lahi attack. 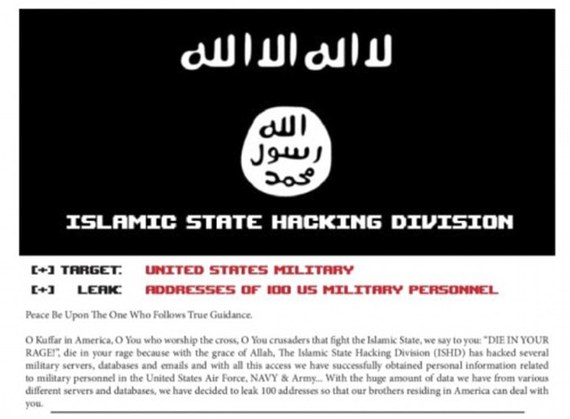 In the meantime, a group calling itself the Islamic State Hacking Division (ISHD) claimed it had hacked into dozens of Pentagon databases and obtained the names and home addresses of "thousands" of American military personnel. They published a "hit list" of 100 names with pictures and home addresses. In a statement posted on its website, ISHD urged its sympathizers in the United States to use the information to stage "lone wolf" attacks.

With the huge amount of data we have from various different servers and databases, we have decided to leak 100 addresses so that our brothers in America can deal with you. And now we have made it easy for you by giving you addresses, all you need to do is take the final step, so what are you waiting for?

In Tikrit, on the other hand, notwithstanding a considerable numerical advantage, the Iranian-directed campaign consisting of Iraqi troops and Shite militias supported by Iranian Quds Force and Revolutionary Guard units had largely ground to a halt. Eschewing a direct assault to seize the center of Tikrit from Islamic State militants, Iraqi forces claimed that they were planning to surround Tikrit and slowly wear down IS militants there.

Initially, Baghdad had commenced the operation without the benefit of American air support. On Tuesday, March 24, however, diplomatic sources in Baghdad confirmed that a formal request for American air support in the Tikrit campaign from the Iraqi government was imminent. In the meantime, Pentagon officials continued to emphasize that the campaign against the Islamic State would likely "last for years and not months."

What is the significance of these various actions? Are we seeing a new, important expansion in the Islamic State's global reach and capabilities? Are these attacks part of a broader comprehensive strategy of attacking the West, or are they simply disparate, lone-wolf attacks by IS-inspired but otherwise "do it yourself" terrorists? The quick answer is all of the above.

The attack on the Bardo Museum, although having the smallest casualties, is perhaps the most significant in that it appeared to have purposely targeted cruise ship passengers. In 2014, the international cruise industry carried approximately 21 million passengers. The Caribbean represented 37 percent of global itineraries, followed by the Mediterranean, at 19 percent. Roughly 4 million tourists visited the Mediterranean on cruise ships last year. A little less than 50 percent of those passengers were American. 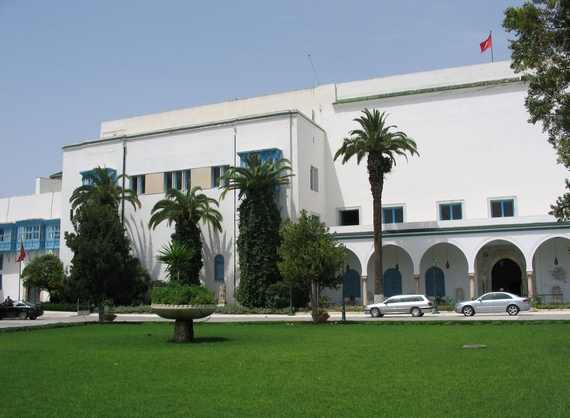 Cruise-related tourism is an important source of economic activity in the Mediterranean, especially for those countries along the North African littoral and many of the smaller islands in the region. Many of these locations are attractive to tourists when they can access them in the comparative comfort and safety of a cruise ship. In the absence of such cruises, those tourists are unlikely to visit these ports of call, and the local tourism industry will suffer accordingly.

The immediate impact of the Tunis attack is that international cruise companies have dropped Tunis from their cruise itineraries. Moreover, it is likely that other North African ports of call are also being scrutinized, and these may also be cut back or dropped altogether. Such an outcome could hit the Egyptian tourism industry particularly hard. Should venues on the European side of the Mediterranean also come under attack, then the Mediterranean cruising industry could suffer a significant downturn.

Although there are only rough projections available, it's estimated that the cruise industry represents between $5 billion and $10 billion of economic activity in the region. Given the already frayed economies on both the European and African side of the Mediterranean, a significant downturn in cruise-related tourism would be financially devastating. 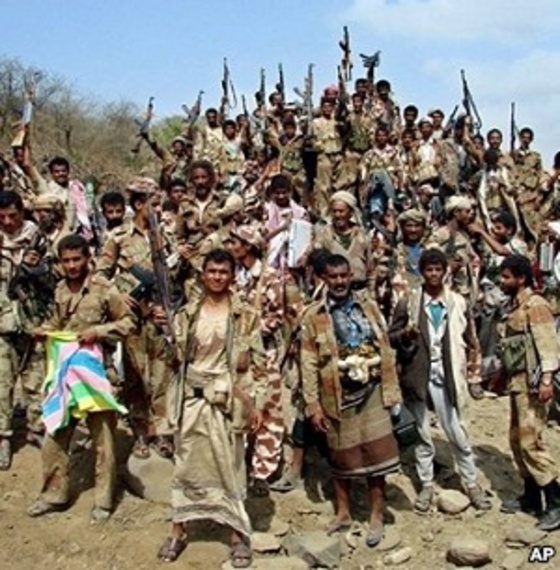 The Islamic State's sponsored attack in Yemen is significant for a number of reasons. First, it involved the activity of at least two separate cells, indicating that IS has a notable and growing presence there. Secondly, although it targeted mosques that were frequented by Houthi militants, the bulk of its victims were Yemeni Shite civilians. Attacks against Shite civilians were a major element of the terrorist strategy followed by the Islamic State and its predecessor organizations during the Iraq insurgency. Such attacks were seen as destabilizing the Shite-dominated central government in Baghdad.

Increasingly, however, violence against Shiites everywhere has become a key objective of the Islamic State's strategy and is also becoming more prominent among Salafist-inspired Sunni militants throughout the Middle East as well as in Afghanistan and Pakistan. Shiites have become as important a target for jihadist militants as Westerners. Since the Shite community is far easier to attack, they will represent a majority of the victims of such terrorist violence. More importantly, such attacks will further aggravate the increasingly violent Sunni-Shia rivalry in the Middle East and South Asia. 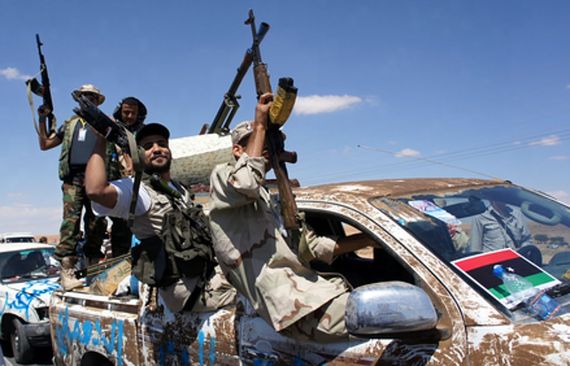 Jihadist Fighters During the Libyan Revolution

The purported hacking of Pentagon databases is likely exaggerated. The U.S. military operates literally thousands of websites and databases. Some of these are highly classified and contain important and sensitive information. Many, however, are purely informational, oftentimes little more than social networking sites for base communities, and are accessible with little more than a Google search command.

It appears that the "names" targeted by ISHD came from the Defense Video and Imagery Distribution System, a website launched by the Pentagon to supply photos and videos to the media as well as to promote the activities of American military personnel. While the Islamic State Hacking Division would like to give the impression that it has the ability to access or hack sensitive Pentagon information, the reality is that it probably doesn't. Nonetheless, its targeting of specific American military personnel is a cause for concern.

Ironically, ever since the 9/11 attacks, the overwhelming majority of domestic victims of jihadist terrorism in the United States have been U.S. military personnel. On the one hand, that seems paradoxical since one would think that American soldiers would be better prepared to protect themselves than civilians. On the other hand, a would-be terrorist walking down Fifth Avenue with a high-powered rifle would likely immediately draw attention and be arrested. The same terrorist on a military base would be unlikely to draw much attention, at least not until he started shooting at his fellow soldiers.

The Islamic State's call for attacks on American military personnel by its supporters is consistent with past calls encouraging so-called "lone wolf" attacks against American targets. IS lacks the ability to organize and carry out complicated or sophisticated attacks against the U.S. along the lines of 9/11, but it can still underscore its reach and influence by encouraging its supporters to attack targets in their community. This is the pattern of terrorist attacks that is emerging in Europe and which has been underscored by the Charlie Hebdo and HyperCacher attacks in Paris. It is the same pattern evidenced in the attacks in Sydney and Ottawa. It is only a matter of time before they become the norm in the United States.

It is difficult to generalize about the Tikrit campaign because very little is known about the operation. Clearly, following its initial success, further progress in forcing IS militants out of Tikrit has bogged down. The CIA estimates that the Islamic State has approximately 30,000 fighters at its disposal in Syria and Iraq. It's believed that between 1,000 and 2,000 IS militants are in Tikrit. These estimates are very unreliable, however, and published figures vary widely. Certainly the absence of American air power has hindered the advance.

Notwithstanding the expected, formal request by Baghdad for American assistance, given the prominence of Iranian forces and Shite militias in the campaign, it is likely that the Obama administration will be reluctant to have American and coalition air forces play such a prominent role in what is essentially an Iranian military operation.

Moreover, notwithstanding their overwhelming numerical advantage, Iraqi forces are quickly discovering that a highly mobile, determined foe that is fighting in an urban setting can tie down large numbers of opposing troops. Tikrit will eventually fall to Iraqi forces, but not before substantial damage is done to the city, and not before a protracted campaign that will likely go on for weeks. The difficulty in taking Tikrit underscores the point that the task of rolling back the Islamic State will be a long and protracted one, and that the campaign to liberate Mosul, baring significant American aid to the Kurds, will likely be pushed back to 2016.

Does this new campaign of terrorist violence represent a new chapter in the Islamic State's global reach and strategy? The answer is yes and no. From a practical standpoint, the Islamic State still does not have the ability to organize and carry out complicated, sophisticated attacks against the United States. What it does have the ability to do is exhort its followers and sympathizers to engage in low-level, randomized attacks against Western targets. Such attacks are not part of a broader military strategy or campaign beyond a very general objective of simply promoting chaos and instability.

The strategy of IS's predecessor organizations during the Iraqi insurgency was to make Iraq ungovernable by attacking both the obvious manifestations of governmental authority (policemen, military and government officials) and civilian targets. The recent attacks over the past week are nothing more than an extension of that strategy to new theaters of operation. Each failed state -- Libya, Yemen, Syria, Iraq -- becomes a nexus of violence and instability that IS has convincingly shown can spill over to destabilize neighbors.

Having made Iraq and Syria, or at least large portions of those countries, ungovernable, the Islamic State's objective is to make as much of the rest of the world equally ungovernable. It believes that by doing so, it can force the United States and its allies to engage in what it expects will be a final and cataclysmic confrontation. The greater its visibility and the more sympathizers it can draw to itself, the more successful it will be in creating that chaos and precipitating its desired outcome. In the meantime, like ripples in a pond, violence and chaos in each new theater will travel outward to engulf its neighbors.