On Wednesday, gunmen attacked the Paris offices of French satirical magazine Charlie Hebdo. The magazine is known for its controversial depictions of the prophet Mohammad, which is believed to be the reason behind the attack. Though Muslims around the world immediately condemned the terrorist attack, the shooting was followed by a number of incidents of violence against Muslims. Several French mosques have been targets of the violence, which is thought to be in response to the shooting.

According to Tell MAMA, an organization that tracks anti-Muslim violence, there have been 15 attacks against Muslims since the Charlie Hebdo shootings:

Tensions with religious minorities have a long and troubling history in France. Though many French residents are officially Catholic, much of the population is not religious. The growth of France's Muslim population has led to concerns over maintaining the secularism that is seen as central to French society. In 2004, France passed a law banning headscarves (which are worn by many Muslim women) and other religious symbols from public schools. Last year, a human rights court upheld a French law banning covering one's face in public, which was widely seen as targeting burqas and niquabs.

Along with anti-Muslim sentiment, anti-Semitism is also an issue in France, with attacks against Jews startlingly frequent.

Read on for a look at the data behind Islamophobia in France. 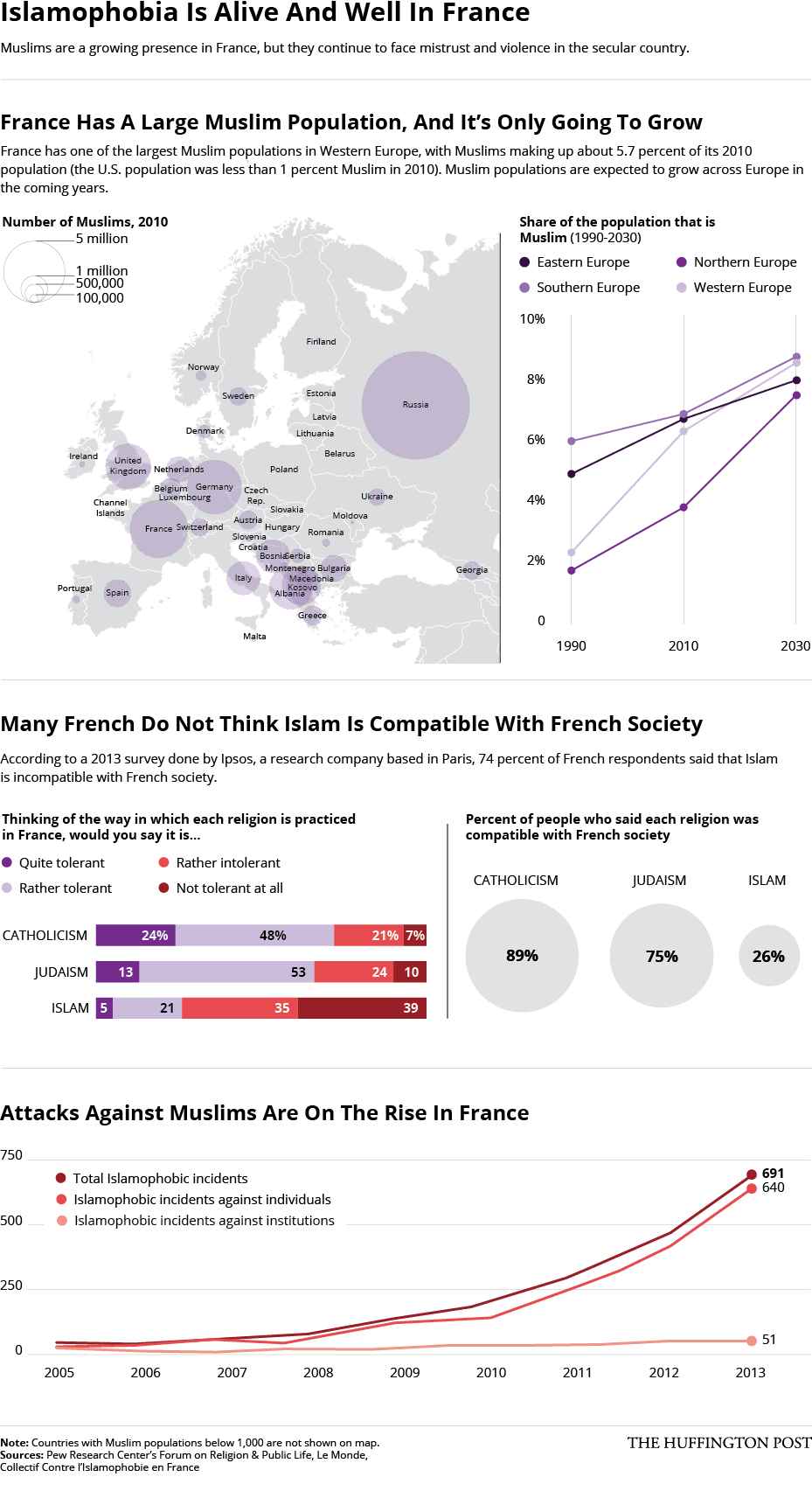