Fear of Islam and Muslims has been a visible trend since the September 11 terrorist attacks on the United States. In Europe, this trend was given fictional respectability in the name of freedom of speech.

A report recently issued by Freedom House suggests that the growing Islamophobia in Europe is threatening democracy. The report, as an article in Asharq al-Awsat put it, "portrayed a bleak picture of the state of liberal values in parts of Europe, highlighting a number of worrying trends in 29 countries in Eastern and Central Europe, as well as former Soviet states in Central Asia."

Moreover, as a 2015 Gallup survey found, 38 percent of Americans said they would refuse to vote for a "well-qualified" Muslim candidate for U.S. president. Many Brits also manifested a similar attitude by articulating their view that Islam is a "threat to western liberal democracy." Viewing this mounting Islamophobic trend from the point of multiculturalism, the Brits are divided along the following lines: 38 percent say it would make their country a worse place, while 37 percent think it would be a better place. The numbers on "don't know" and "no difference" categories were 6 and 19, respectively. 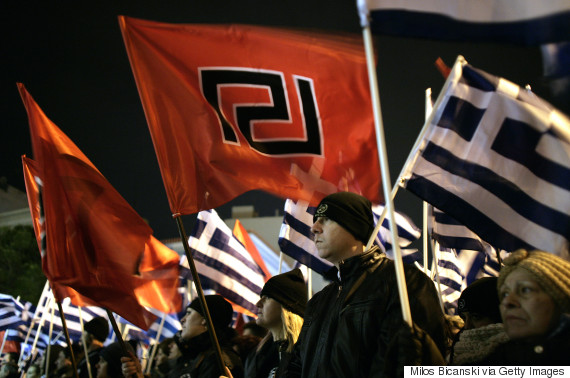 We are witnessing a number of right-wing parties and their leaders in Europe who remind those who listen to their babble that Islam is "alien" to the "democratic" constitutions of a number of Western countries. The believers of this relatively new form of "racism" either know nothing about the fact that democracy guarantees the rights of its citizens to practice the faith of their choice and protects them from the tyranny of a racist and bigoted group, or else they are suffering from purposeful selective amnesia.

Lately, in the U.S., hating Islam and Muslims has been made "respectable" by Donald Trump, who mastered the highly bigoted and uninformed anti-Muslim rhetoric in the name of denigrating political correctness. But since Trump's candidacy emerged in an era of so-called "angry white men," who feel that the system is working against them, and, at the same time, attacks sponsored or encouraged by the so-called Islamic State are taking place in Europe and the United States, Trump's anti-Muslim bluster has not been given the denunciation and scorn it warrants.

Trump's anti-Muslim bluster has not been given the denunciation and scorn it warrants.

Multiculturalism has remained one of the most controversial features of the policies of countries with large Muslim populations -- the U.K., France and Germany, for example. As one study noted:

Different countries ... have followed distinct paths [of multiculturalism]. The United Kingdom has sought to give various ethnic communities an equal stake in the political system. Germany has encouraged immigrants to pursue separate lives in lieu of granting them citizenship. And France has rejected multicultural policies in favor of assimilationist ones.

These policies are generally aimed at sustaining the distinctiveness of ethnic cultures in those countries -- except for France. But in reality, those policies have become a convenient excuse for the leaders of those countries to not integrate Muslim communities into the mainstream culture -- through educational and vocational training programs aimed at enhancing their employability, for example -- thereby leaving them marginalized. It is the responsibilities of leaders to play a visible role in making integration policies and then to make sure they are implemented earnestly. If they find that such policies are not creating their intended results, it is their responsibility to tweak those policies or even radically modify them. For the chronic social and economic separation of Muslims from the mainstream population, those governments ought to share a majority of the blame. As the noted French academic Gilles Kepel writes in his book "The War for Muslim Minds: Islam and the West":

Neither the blood spilled by Muslims from North Africa fighting in French uniforms during both world wars nor the sweat of migrant laborers, living under deplorable living conditions, who rebuilt France (and Europe) for a pittance after 1945, has made their children, as far as the French or indeed Europeans in general are concerned, full fellow citizens.

Kepel goes on to quote the author of a book called "Naal bou la France," referring to a curse popular in North Africa that insults a man and his lineage. The author is a radical leader of the Union of Islamic Organizations of France, a group associated with the Muslim Brotherhood, and he writes: "Oh sweet France! Are you astonished that so many of your children commune in a stinging naal bou la France, and damn your Fathers?"

Even though enlightened European leaders refuse to acknowledge any linkage between their multicultural policies and European Muslim alienation, the fact of the matter is that a large number of Muslims suffer from low levels of education, high unemployment and consequent alienation. In that state, they are easy prey for poorly educated and West-phobic imams and their incendiary religious rhetoric. 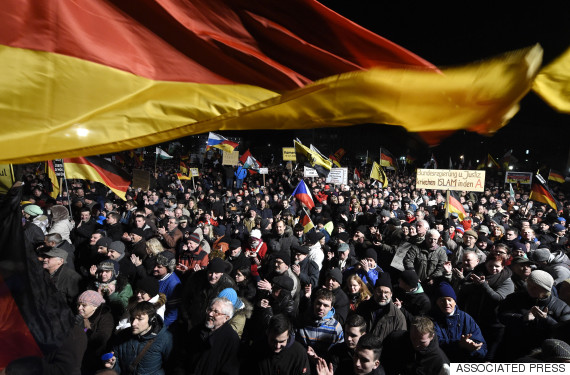 Demonstrators at a rally organized by Patriotic Europeans against the Islamization of the West, or PEGIDA, in Dresden on Jan. 12, 2015. (AP Photo/Jens Meyer)

The general and ill-conceived impression on the part of mainstream populations in the aforementioned countries is that multiculturalism has failed to integrate Muslims and should be abandoned.

In the United States, Muslim alienation has remained comparatively low for two important reasons. First, a majority of Muslim immigrants to the United States have been highly educated in technical fields and do not suffer from low education or high unemployment rates. Thus, a great majority of them have traditionally rejected the angry and prickly sermons of the radicalized imams in American mosques.

Second and most importantly, the American political culture has been legendary in accepting newcomers from different cultures, ethnic backgrounds and religions. But in the post-9/11 era, the anti-U.S. rhetoric from Al Qaeda and the self-proclaimed Islamic State has created a backlash in the form of Islamophobia. When Bin Laden declared war against the United States in 1996, and the intermittent calls of ISIS to kill Americans became frequent global headlines, Islamophobia also became a frequent practice among politicians, so-called strategic thinkers and counterterrorism "specialists" in the United States.

The anti-U.S. rhetoric from Al Qaeda and ISIS has created a backlash in the form of Islamophobia.

Consequently, Muslims citizens in the West have become a toy, if not a pawn, in the hands of Western Islamophobes and Al Qaeda and ISIS. Muslims and their religion are targets for Islamophobic haranguing, and meanwhile ISIS gleefully tells Muslims in the West that the West hates Islam. Through its global use of social media, ISIS invites Muslims to kill Westerners. ISIS propagandists turn video clips of Western Islamophobes denouncing Muslims and their commitment to the countries of which they are citizens into powerful recruiting tools, particularly when the Islamophobes offend Islam and the prophet of Islam.

In an essay trenchantly entitled, "ISIS Wants You to Hate Muslims," The Nation was spot on in the following observation:

The Islamophobia is racist, of course, but it also plays right into the hands of ISIS, as does the war fever. The terror group has been quite clear that its strategy is to eliminate what it calls the 'grayzone' where Muslims and non-Muslims live in harmony. It aims to provoke Western governments into clamping down on their own Muslim populations, the better to drive them into ISIS's arms. In its magazine Dabiq, ISIS applauded George W. Bush's post-9/11 language: 'Bush spoke the truth when he said, "Either you are with us or you are with the terrorists." I.e. either you are with the crusade or you are with Islam.'

If a Republican is elected president of the United States and Islamophobia continues to escalate, the post-Obama era is going to be a very challenging one. A Republican president may be too eager to deploy ground troops to both Iraq and Syria in order to "wipe out" ISIS. While ISIS is not likely to be wiped out, the ensuing destruction of the Levant will become a place for further mushrooming of a transformed and potentially more vile version of ISIS. No one knows how intense or diminished the trend of Islamophobia will be in the coming years under a Republican administration. 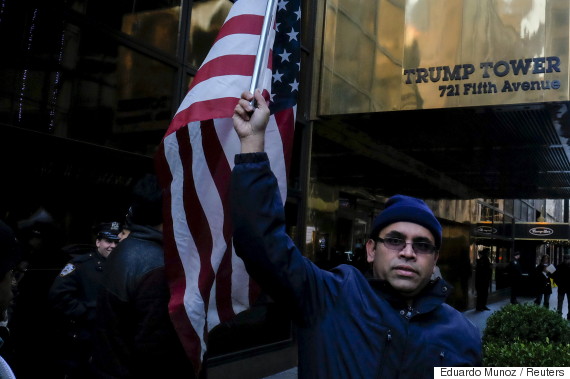 A Muslim man holds a U.S. flag during a protest against Trump in Manhattan on Dec. 20, 2015. (REUTERS/Eduardo Munoz)

If Hillary Clinton were to be next in the White House, it is likely Islamophobic rhetoric inside the United States will be tamped down. However, as a conventional liberal interventionist, Clinton is also likely to commit U.S. troops to the Levant and even to Libya, where ISIS continues to grow. The recent history of American interventionism in the Middle East has proven that it has not lessened the tide of terrorism. If anything, two victims of recent American invasions -- Iraq and Afghanistan -- have remained cesspools of terrorism, mayhem and the resultant incendiary instability. No matter what happens, ISIS is likely to intensify its call -- "either you are with the crusade or you are with Islam."

In the fight against ISIS and in the endeavor to eradicate Islamophobia, it is hoped that Western leaders remember the memorable words of the late Malcolm X: "The future belongs to those who prepare for it today."

1 / 11
Norwegian Muslims create a human peace ring around the synagogue in Oslo, Norway on February 21, 2015.
FREDRIK VARFJELL via Getty Images