"A wife must obey her husband. If you don't obey your husband you will go to hell."

I have lost count of how many times I have heard that stated matter-of-factly in Urdu in a khutbah (sermon) at the mosque I went to as a child in suburban New Jersey, in the neighborhood that Nazish Noorani was shot and killed in a plot organized by her husband in 2011.

Noorani's husband, Kashif Parvaiz, claimed that three black men yelled "terrorist" before opening fire on him and Noorani while they were taking a walk, in an act of evidently random Islamophobic violence. Parvaiz's history of abuse soon came to light and he admitted to setting up the whole incident, including planning for his injury to avoid suspicion. This came as a shock to many in the Muslim American anti-discrimination activist community, but interest started to wane soon after the revelation that this was a case of extreme domestic violence.

Likewise, when another young mother, Shaima Alawadi, was murdered, activists jumped to the conclusion that it was a hate crime. This time many drew comparisons between her death and that of Trayvon Martin, the 17-year-old shot by George Zimmerman less than a month earlier. Inspired by the Million Hoodie March for Martin, online anti-Islamophobia activists began organizing the Million Hijab March under the hashtag #HoodiesandHijabs, citing a historical "culture of fear" surrounding African-American men and a burgeoning culture of fear surrounding Middle-Eastern Americans and Muslims.

What many of these activists seemed to ignore were basic statistics. It is estimated that more than a third of American women murdered each year are killed by a person they know intimately, regardless of race, ethnicity or religion. This number rises to over fifty percent in cases where the victim is an immigrant. Indeed, it was ultimately Alawadi's husband that was convicted of her murder.

According to a 2010 FBI report, crimes of anti-Muslim bias account for about 13% of all religiously biased hate crimes (even though Muslims only account for 1% of the population). Statistically, a murdered Muslim woman of an immigrant family in the United States is more likely to have been the victim of domestic violence than to have been killed by a stranger for being Muslim.

Comparing the fervor with which spokespeople for Muslim advocacy groups spoke of Noorani's and Alawadi's murders when they were hate crimes with their subsequent silence when they became DV cases suggests an embarrassing agenda that is blind to violence against Muslim women by Muslim men. Though the concern was that Muslims would be expected, once again, to accept communal responsibility for a person, who happens to share our faith, committing violence, it became clear that there was a gap in the Muslim American civil-rights community -- a gap between anti-discrimination activists and anti-domestic-violence activists. Muslim women concerned about DV were effectively given a choice: align with activists against Islamophobia or those against misogyny. Those who chose a middle ground were forced to self-censor enough so as not to attract Islamophobic platforms while taking a strong enough stand so as not to be considered an Islamic apologist by Western (white) feminists.

In 2013, Safe Nation Collaborative (SNC) released a report examining violence affecting Muslim Americans and found that organizations surveyed received reports of largely gender-based violence as compared to hate crimes/racial discrimination. The report demonstrated a need for a multi-faceted approach to Muslim American activism -- one that brings together civil-rights activists with women's rights activists. As the SNC report points out, there are noticeable (if unexpected) intersections between Islamophobia and gender-based violence: almost all victims surveyed reported Islamophobia and/or profiling as a reason not to report ethnic or religious affiliation when reporting a domestic incident. Furthermore, service providers cited an increase in "abusers exploiting the existence of Islamophobia" to a) prevent victims from reporting and b) to misdirect authorities and community members by presenting domestic violence as a hate crime.

To #EndDVNow amongst Muslim Americans anti-discrimination activists must come together with anti-domestic-violence activists. The credibility of community leaders and activists is greatly undermined by their unwillingness to meaningfully discuss DV cases that are in the news, in our communities and on our minds. Acknowledging that DV exists in our community is not demonizing Muslims or blaming Islam. These issues are inherent in all communities; however, there are unique intersections of misogyny, Islam and Islamophobia as they pertain to gender and violence amongst Muslim Americans. Muslim American anti-discrimination advocacy groups can work with and to support existing Muslim women's organizations, particularly DV organizations. Support can take many forms, including social media promotion, grassroots training, gender sensitivity training, research and advocacy support as well as coalition and campaign building. And, when necessary, calling out misogynistic imams. 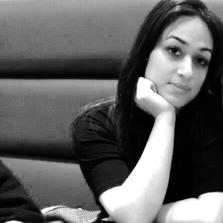 Nadia S. Mohammad is Assistant Editor at altMuslimah.com and often writes on faith, feminism and politics. Nadia holds Juris Doctorate from Loyola University Chicago School of Law and is currently pursuing a Master's in Peace and Conflict Studies at University of Massachusetts-Lowell. You can follow Nadia at @NadiaSMohammad.