These days, thanks to cell phones and computers, it's easier than you'd think to spend a day without speaking to a soul other than Siri or the pizza delivery guy. But interacting with others is something we should all be more conscious of. Indeed a new study finds that isolation and loneliness threaten longevity as much as obesity.

Researchers from Brigham Young University in Utah looked at nearly 35 years of studies on how loneliness, social isolation and living alone can affect your lifespan and what they found was startling. “We need to start taking our social relationships more seriously," the study's lead author Julianne Holt-Lunstad said in a statement. "The effect of this is comparable to obesity, something that public health takes very seriously."

Data from around 3 million participants found that, on average, loneliness, isolation and living on your own can increase your risk of premature death by 26, 29 and 32 percent, respectively.

We know that the lack of social connections, especially if not by choice, can be a difficult experience emotionally and psychologically. But research has also shown the other adverse effects of loneliness. One University of Chicago study pointed out that loneliness can raise your levels of the stress hormone cortisol, which can lead to an increased risk of stroke and heart attack. What's more is the effect of loneliness on longevity was shown to be nearly as strong as that of living in poverty.

Brigham Young researchers say the results are not to be taken lightly, as across the nation we're seeing the highest rates of people living alone in the past century. "With loneliness on the rise, we are predicting a possible loneliness epidemic in the future,” they said. According to the Census Bureau, 27 percent of households were single-person households, up from just 17 percent in 1970.

The link between shorter lifespans and lack of social ties was seen regardless of sex or geographic location. The researchers did find, however, that for people under 65, the negative effects were even stronger. It also didn't matter whether people were socially excluded or had no one to turn to, or if they just chose to spend more time alone.

But, there is some good news: The researchers say that while the lack of socializing can be bad for you, working on increasing your friendships and connections can be good for your health.

Loneliness And Isolation Are As Bad For You As Obesity, New Study Says
7 Ways To Make Friends Post 50 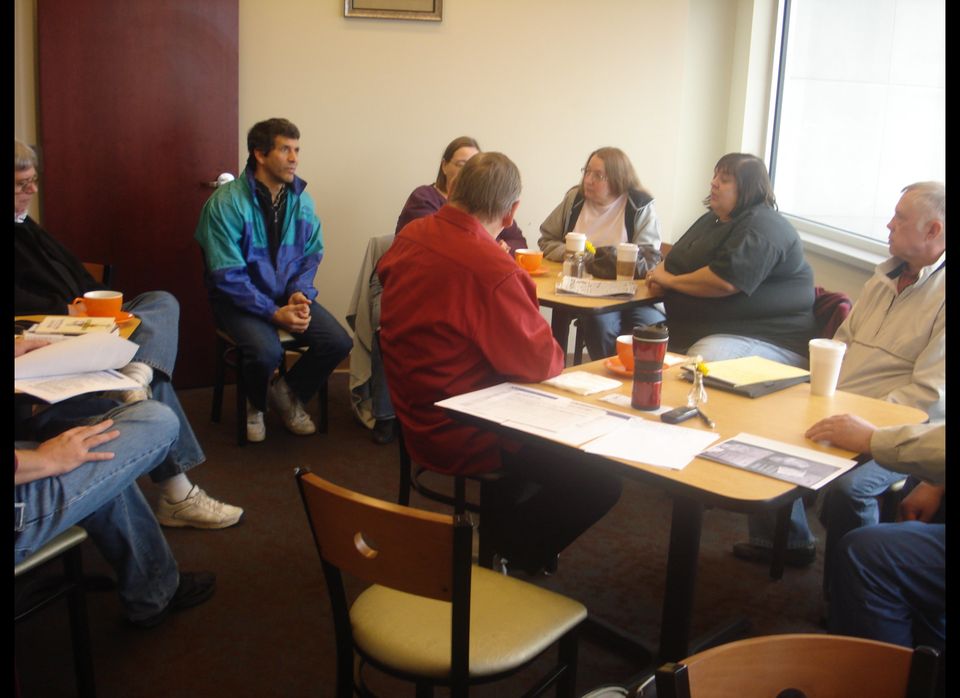 1 / 7
Geography Counts, So Stay Local
What you want is someone to hang with near where you live. Approach this scientifically. Having a friend who lives an hour's drive away will mean you won't see them as much as the person who lives closer. So think global, but stay local. That means your local coffee shop, the local branch of the public library, or the local college that offers evening courses.
<a href="http://www.flickr.com/" target="flickr">Flickr:</a> <a href="http://www.flickr.com/people/coffeepartyusa/" target="flickr"> CoffeePartyUSA</a>