The Israeli Ministry of Defense raised some eyebrows when it sought prices for a product usually associated with pursuits more lusty than war. The request in question? A large supply of Viagra for Israel Defense Forces.

The news came from a published ministry tender seeking "1,200 tablets of 100 mg. sildenafil citrate, the active ingredient in Viagra," according to Haaretz. The pills were reportedly for soldiers with erectile dysfunction.

This request might've come as a surprise to some, considering the Israeli Army hasn't always been so accommodating to active duty soldiers seeking that certain pharmaceutical boost. In fact, Haaretz notes that in 2005, the Israeli Army banned members of its Air Force from taking Viagra before flights. This was following research, such as study from the Casey Eye Institute, linking viagra to ocular side effects, including inhibited color perception and blurred vision. Since then, Viagra has been investigated for potential performance enhancement effects, to mixed results.

Officials shouldn't feel embarrassed, though. After all, Israel is hardly the only country to offer medical help for soldiers experiencing sexual dysfunction. Indeed, the United States Department of Defense has spent lavishly on the cause. According to an investigation by Texas newspaper The Austin American-Statesmen, the DOD spent more than $380 million on erectile-dysfunction drugs between 2002 and 2012. 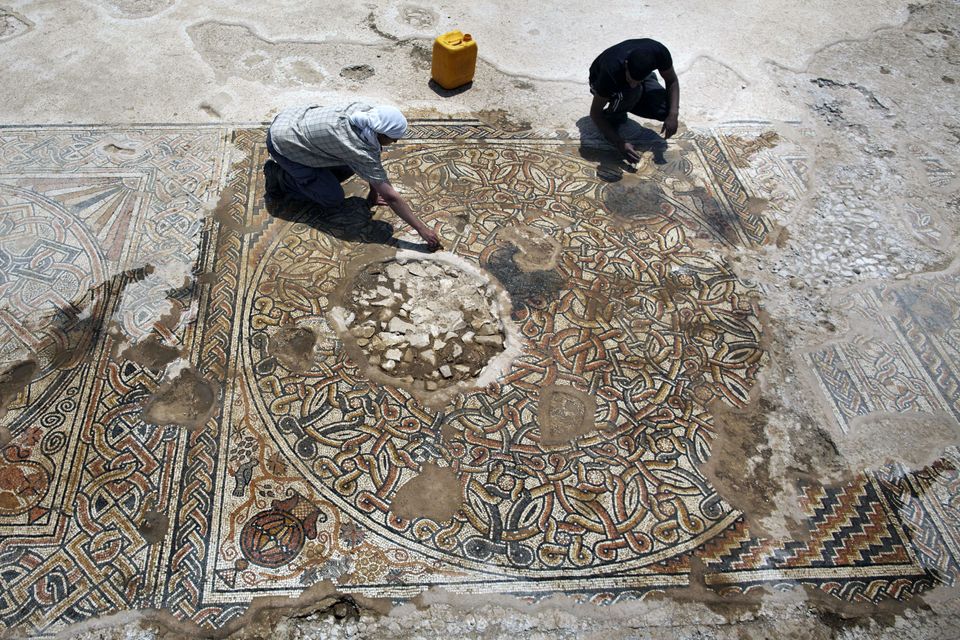 1 / 4
Archaeologists of the Israeli Antiquities Authority work on a 1500-year-old Byzantine era mosaic floor near Kibbutz Beit Kama in the Israeli Negev on May 12 2013. The mosaic dating back to the 4th-6th century BC was discovered along with a group of structures under the fields of the Kibbutz Beit before the imminent paving of the southern extension of Highway 6. (MENAHEM KAHANA/AFP/Getty Images)
Getty Images