A month ago, Rita Margulis and her fiancé Amit (as a career army officer he asked not to use his last name) got married at the Safari in Tel Aviv. There was a Reform rabbi and 450 guests. But according to the state of Israel, the wedding never happened.

That is because Margulis, who immigrated to Israel from Ukraine at age 4, is not Jewish according to Jewish law, because her mother is not Jewish. Jewish law states that only someone born of a Jewish mother or who had an Orthodox Jewish conversion is Jewish. And since there is no civil marriage in Israel, anyone who is not Jewish cannot marry another Jew in Israel.

Until her wedding, Margulis says it didn’t bother her much. She grew up in Israel and became a combat soldier. After her mandatory army service, she went to university and became an economist. She never seriously considered converting to Judaism, she says, and believed she should not have to.

“Getting married is a basic right that every citizen should have,” she told The Media Line. “I’ve become active in trying to get Israel to institute civil marriage.”

Israel is both a Jewish and democratic state. The ultra-Orthodox rabbinate controls all issues of personal status, including marriage and divorce. To get married in Israel to another Jew, you must prove you are Jewish. If that is impossible, as in Margulis’s case, you cannot get married.

Thousands of couples have taken advantage of a loophole in the law, in which they fly abroad, often to Cyprus, and have a wedding there. That civil wedding is then recognized by the State of Israel and the couple is listed as “married” in Israel.

Hiddush, an Israeli-American partnership for religious equality in Israel, has launched a campaign for civil marriage in Israel.

“The right to marry is one of those universally cherished civil liberties,” Uri Regev, CEO of Hiddush told The Media Line. “It is the one area in which Israel excluded itself from the international covenant of civil and political rights. The law adversely impacts the lives of hundreds of thousands of Israeli citizens who cannot marry at all because of religious coercion and of millions who cannot have a marriage ceremony which fits their lifestyle and beliefs.”

The issue gained traction with the immigration of more than one million people from the former Soviet Union in the 1990s. Israel’s Law of Return states that anyone with one Jewish grandparent is entitled to automatic citizenship in Israel, with all of the financial benefits that immigration entails. That classification is the same one the Nazis used during the Holocaust to determine who was Jewish.

Of the one million immigrants from the former Soviet Union, an estimated one-third, like Margulis, are not Jewish according to Jewish law. While many of them want to convert, only a few thousands have succeeded.

Regev says Hiddush is launching a campaign with American Jewish organizations to push for civil marriage in Israel. The timing is good. For the first time in decades, the ultra-Orthodox parties are not in Israel’s governing coalition.

Finance Minister Yair Lapid, whose Yesh Atid party was the big winner in the election, has repeatedly said he supports civil marriage in Israel.

"I am going to do everything in my power to make sure there will be civil marriages in Israel. The complete dominance of the Orthodox rabbis in Israel over divorces and marriages is an insult," Lapid told American Jewish leaders earlier this year.

A spokesman for the Rabbinate in Israel declined to comment. Yet in the past Orthodox leaders have said they will never allow civil marriage in Israel, and that it would split the Jewish people in two.

Proponents argue that civil marriage would solve another problem in Israel – that of husbands who blackmail or refuse to give their wives a “get”, a religious divorce. Without the “get,” women are unable to remarry. Hundreds of women are trapped in this situation and countless others have paid heavily for the “get.” A civil marriage would only necessitate a civil divorce.

Yet Regev says it will still be an uphill battle. As part of its conditions for joining the government, the Bayit Yehudi party headed by Naftali Bennett demanded and received a clause that any legislative change on religious issues requires the agreement of all coalition parties.

“That means they have veto power and they have already said they would not support civil marriage.”

Read more at The Media Line. 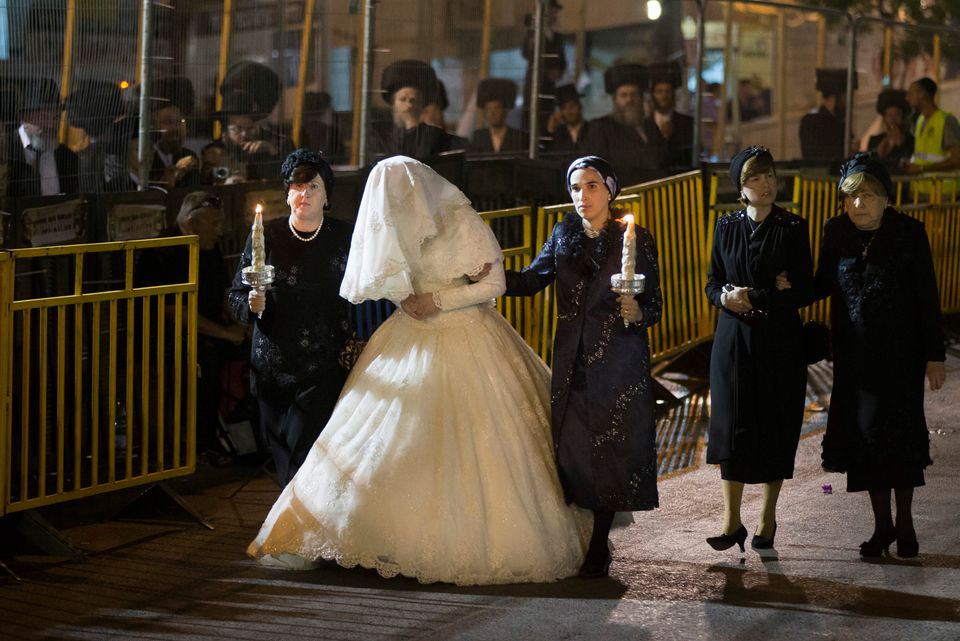