Over 350 Israelis made their way to a mourning tent in Jerusalem on Tuesday to pay their condolences to the family of Mohammad Abu Khdeir, a Palestinian teenager who was brutally beaten, burned, and murdered last week. Khdeir's death is believed to be an act of retaliation for the killing of three Israeli teenagers, Naftali Fraenkel, Eyal Yifrach, and Gil-ad Shaar, who were abducted in early June.

The visit was organized by Tag Meir, a coalition of forty organizations including the Interreligious Coordinating Council of Israel (ICCI). Buses were available to transport people who wanted to express their condolences.

Rabbi Ron Kronish, the director of the ICCI and steering committee member of Tag Meir, told The Huffington Post, "We went to pay a condolence visit to this Palestinian family whose son was brutally murdered as an act of religious obligation and humanistic solidarity. Our visit was warmly received by our Palestinian neighbors who were visibly moved by our empathetic act of good will."

As mourners shared memories of their lost son, "a good boy, a boy who went to school and then straight home," according to his aunt, the Israelis lined up to shake hands with Mohammed's relatives, reports USA Today.

Six suspects have been arrested in connection with Abu Khdeir's murder. Israeli Prime Minister expressed his outrage over the attack, personally telling Mohammed's father, Hussein Abu Khdeir, "We denounce all brutal behavior; the murder of your son is abhorrent and cannot be countenanced by any human being."

As both families grieve, it seems that the most important way to respond to the unthinkable violence is with love and solidarity. The Fraenkel family has been in contact with the Abu Khdeir family in order to support each other in the midst of bereavement.

Imtiez Abu Khdeir, Mohammed's aunt, told USA Today that she saw the condolence visit as "a positive thing." However, she added, "it doesn't bring back Mohammed."

See pictures from the visit here: 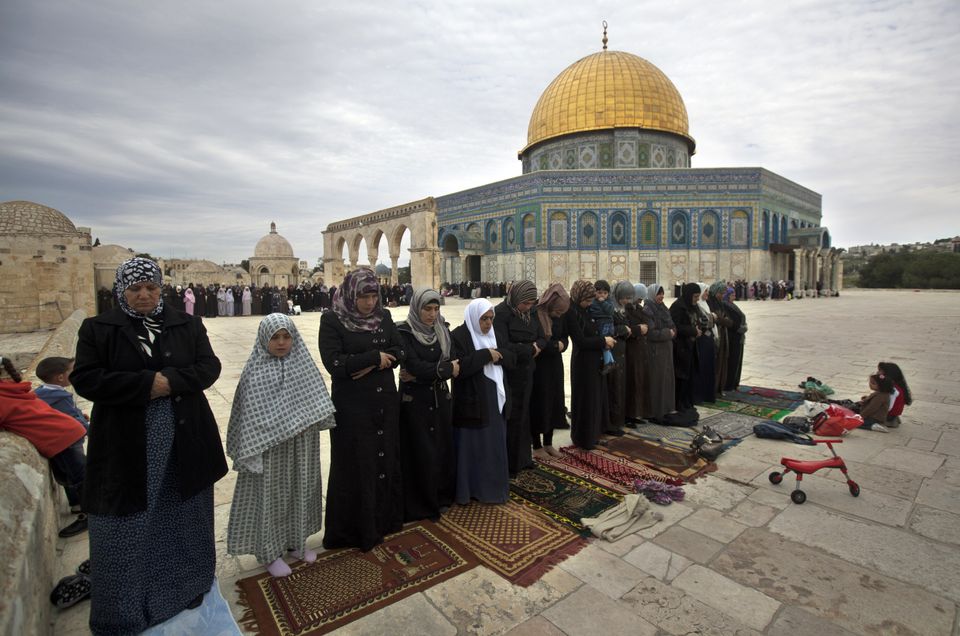