JERUSALEM, Nov 7 (Reuters) - Israel said on Thursday it did not poison Yasser Arafat, making the denial after the Palestinian leader's widow said Swiss forensic tests had proven he died from radioactive polonium poisoning in 2004.

"We never made a decision to harm him physically," Energy Minister Silvan Shalom, who in 2004 served as foreign minister and as a member of Israel's security cabinet, told Israel Radio.

"In my opinion, this is a tempest in a tea cup. But even if it was (poisoning), it certainly was not Israel. Maybe someone else inside had thoughts or an interest to do it."

Arafat's widow Suha has long insisted foul play was behind her husband's death and after the publication of the forensic tests said she thought somebody from within the Palestinian leader's own circle was to blame.

In the occupied West Bank, a senior member of the Palestine Liberation Organization issued a new call for an international investigation into Arafat's death.

The appeal was made after the Al-Jazeera news channel on Tuesday published a Swiss scientific report based on bone samples taken from his grave last November revealing unusually high levels of the deadly polonium isotope in his body.

"This matter warrants the formation of an international judicial body to look into it and hold accountable the perpetrator," Wasel Abu Yousef told Reuters.

"The one who had an interest in his death was the occupation (Israel)," he added.

"This thing (Arafat's poisoning) is apparently joining the never-ending column of bogus allegations against the State of Israel," Steinitz told Israel's Army Radio.

Chief Palestinian peace negotiator Saeb Erekat made an appeal for an international tribunal over Arafat's death last year, when the Qatar-based news channel first disclosed the presence of the polonium on the late president's clothing. (Reporting by Jeffrey Heller and Noah Browning; Editing by Gareth Jones) 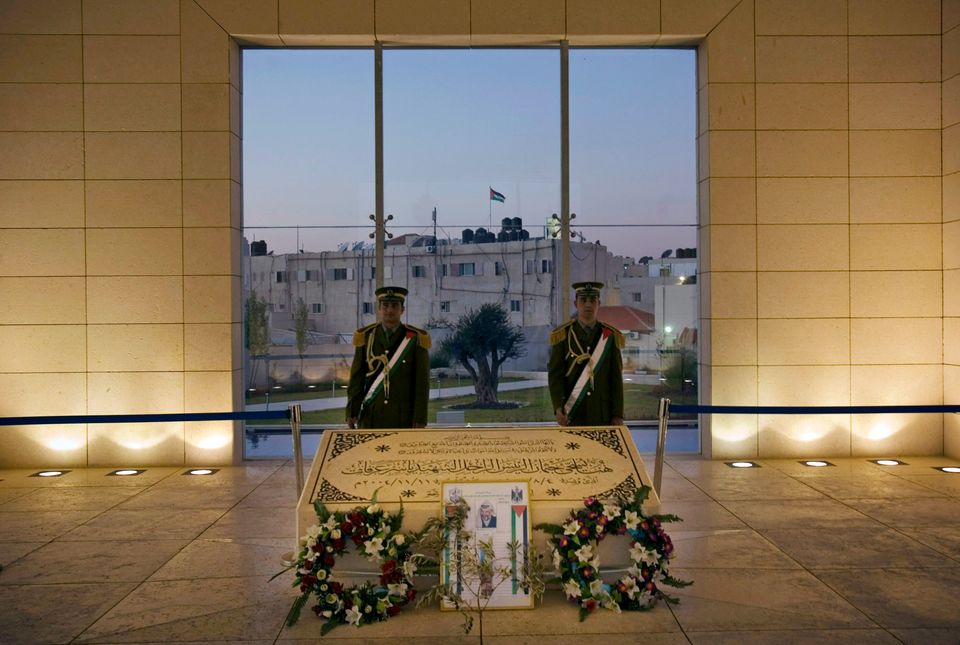 1 / 6
In this Nov. 10, 2008, file photo, members of the Palestinian Presidential Guard stand at the grave of the late leader Yasser Arafat in the West Bank city, of Ramallah. (AP Photo/Bernat Armangue, File)
AP