The violent conflict in Gaza has provoked passionate reactions from people around the world, due to the horrific scenes of death and destruction and the intractable identity politics that have characterized the dispute for decades.

Online discussions of the latest violence can frequently deteriorate into outright bigotry and sweeping generalizations on both sides. In some cases, this has manifested as blatant attacks of anti-Semitism, particularly in Europe.

Paris has gone so far as to ban pro-Palestinian protests due to fears of fueling racial violence.

Violence should never be answered with violence. Muslim comedian, activist and writer Dean Obeidallah wrote an op-ed today in the Daily Beast, "Stop the Anti-Semitism When Talking Gaza," in which he speaks out against the anti-Semitic rhetoric that has pervaded some of the discussion about Israel:

This type of conduct is despicable. Period. There’s no “but” or “let me explain why I said or did that.” It doesn’t matter how much you are angered or heartbroken by the image of children being killed in Gaza. And being of Palestinian heritage, I’ve been very aware of the suffering of Palestinian civilians well before social media has recently made this information instantaneously accessible. So I say this as someone who is very supportive of Palestinian humanity.

Anti-Semitism is morally wrong. It’s just like racism, Islamaphobia, homophobia, or any other type of hate. It can't be tolerated, defended, or contextualized regardless of the form it manifests.

When entering into discussion, it's crucial to separate the politics of the situation from generalizations about the people. The World Post offers a useful collection of reads, "17 Things To Read If You're Trying To See All Sides Of The Israel-Gaza Conflict."

Here are some of the more alarming instances of anti-Semitism provoked by the Gaza conflict:

Disabled Jewish Woman Assaulted
A disabled Jewish woman was assaulted in the southeast region of France on July 23. Approximately ten young people threw stones at her and chanted anti-Semitic slogans. 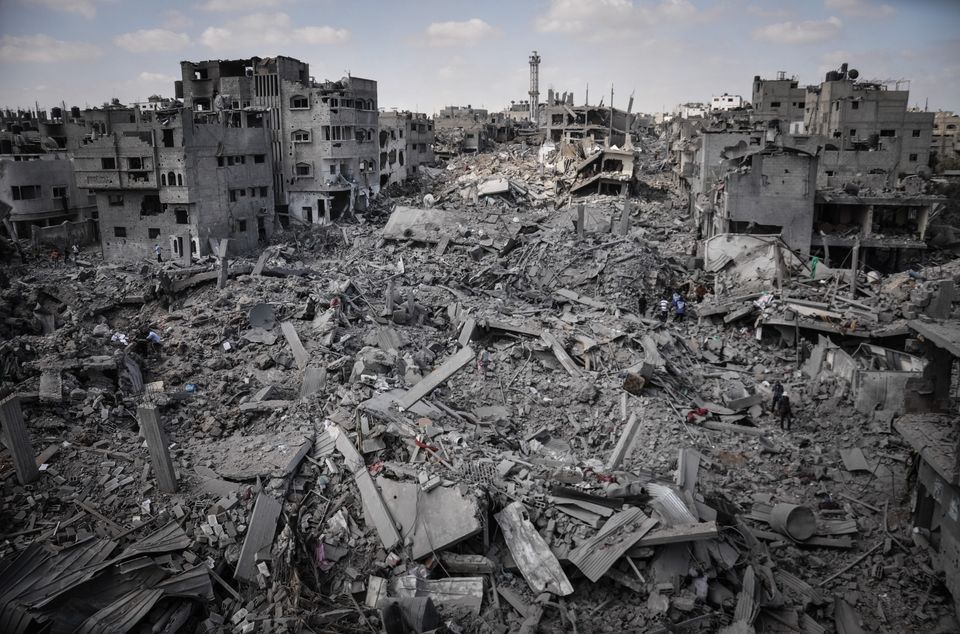 1 / 21
Palestinians inspect their destroyed homes in Shejaiya, Gaza which witnesses said was heavily hit by Israeli shelling and air strikes