JERUSALEM, Oct 17 (Reuters) - Israel calculated the number of calories Palestinians would need to avoid malnutrition under its blockade of the Gaza Strip, according to a study which the Supreme Court forced the government to release.

"It was part of a research paper that came up in two discussions and that we never made use of," Defence Ministry official Guy Inbar said on Wednesday after the document was published by Gisha, an Israeli human rights group that petitioned to receive it.

Release of the document, presented in January 2008, shed new light on the thinking that helped to shape the blockade that Israel tightened in 2007 after the Gaza Strip was seized by the Hamas Islamist movement.

Palestinians described the restrictions, which drew international criticism and were eased in 2010, as collective punishment stifling their economy.

The study, "Food Consumption in the Gaza Strip - The Red Lines", estimated the required daily calorie intake in the territory at 2,279 per person.

The document said that "in order to maintain the basic fabric of life" in the area, Israel would allow in 106 trucks with food and other essential goods every day. Gisha said some 400 trucks delivered goods to Gaza before the blockade.

Last week Israel delivered 935 truckloads of basic goods and construction material to the territory which has a population of 1.6 million.

The calorie calculation was based on a model formulated by Israel's Health Ministry and was largely in line with average Israeli consumption. According to Britain's National Health Service, the average man needs 2,500 calories to maintain his weight and a woman requires 2,000.

Wikileaks has published diplomatic cables that showed Israel told U.S. officials in 2008 it would keep Gaza's economy "on the brink of collapse" while avoiding a humanitarian crisis.

To circumvent the blockade, Palestinians have brought in tonnes of goods through smuggling tunnels dug under Gaza's border with Egypt.

Correction: The original version of this article had a headline of "Israel Gaza Blockade: Calories Calculated By Israelis To Force Malnutrition." This version has been corrected to reflect the text. 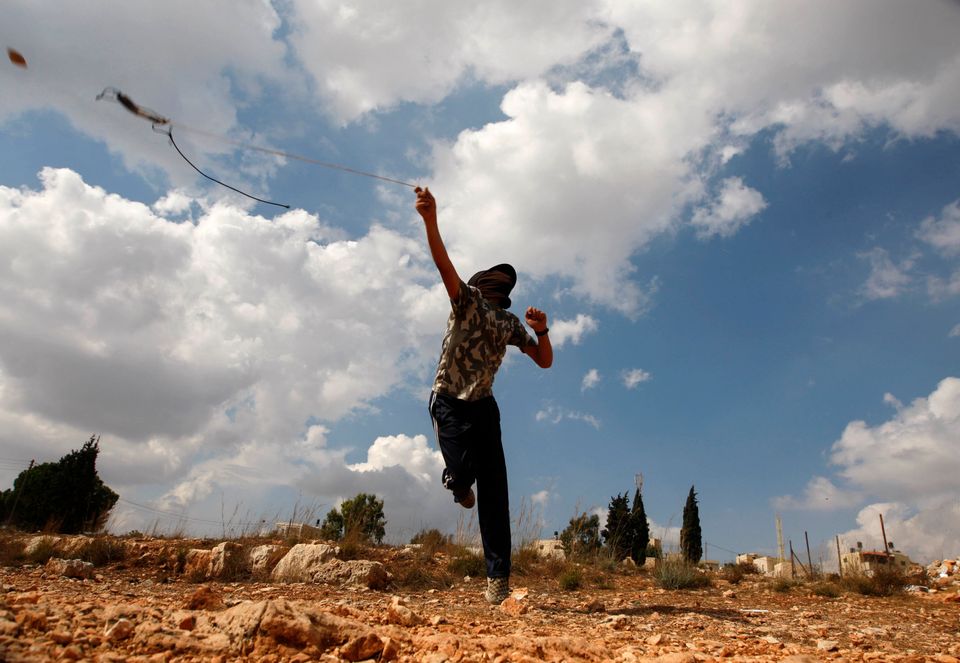 1 / 8
A Palestinian protester hurls stones at Israeli soldiers, not seen, during a weekly protest against the expansion of the nearby Jewish settlement of Halamish, in the West Bank village of Nabi Saleh near Ramallah, Friday, Oct 5, 2012. (AP Photo/Majdi Mohammed)
AP