The Byzantine church located southwest of Jerusalem, excavated over the last two months, will be visible only for another week before archaeologists cover it again with soil for its own protection.

The small basilica with an exquisitely decorated floor was active between the fifth and seventh centuries A.D., said the dig's leader, Amir Ganor of the Israel Antiquities Authority. He said the floor was "one of the most beautiful mosaics to be uncovered in Israel in recent years."

"It is unique in its craftsmanship and level of preservation," he said.

Archaeologists began digging at the site, known as Hirbet Madras, in December. The Antiquities Authority discovered several months earlier that antiquities thieves had begun plundering the ruins, which sit on an uninhabited hill not far from an Israeli farming community.

Though an initial survey suggested the building was a synagogue, the excavation revealed stones carved with crosses, identifying it as a church. The building had been built atop another structure around 500 years older, dating to Roman times, when scholars believe the settlement was inhabited by Jews.

Hewn into the rock underneath that structure is a network of tunnels that archaeologists believe were used by Jewish rebels fighting Roman armies in the second century A.D.

Stone steps lead down from the floor of church to a small burial cave, which scholars suggest might have been venerated as the burial place of the Old Testament prophet Zecharia.

Ganor said the church would remain covered until funding was obtained to open it as a tourist site. 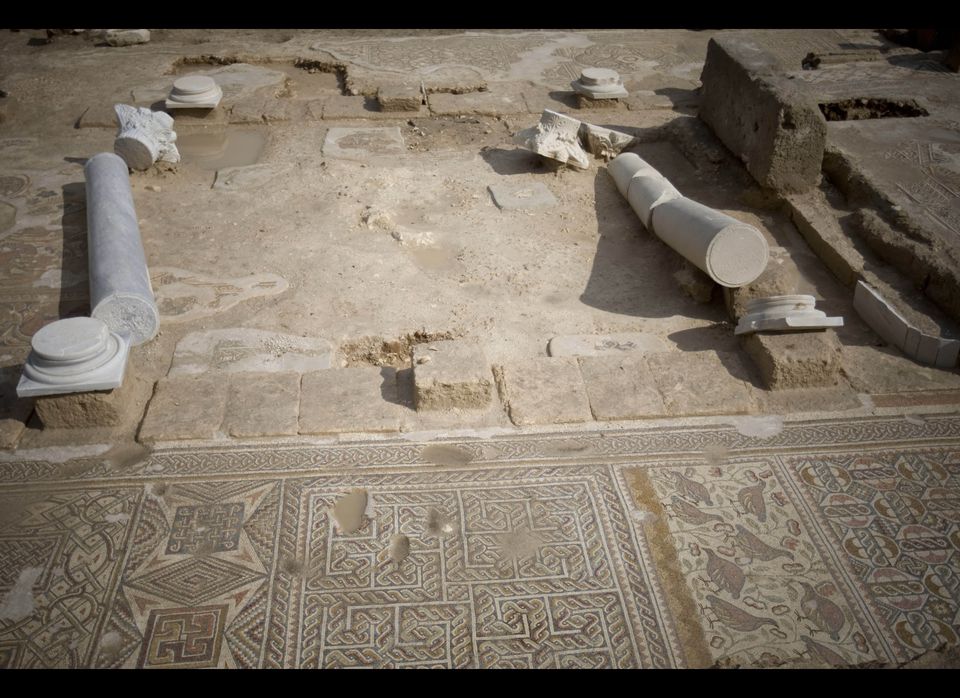