WASHINGTON, Dec 3 (Reuters) - The United States urged Israel on Monday to reconsider its plan to erect 3,000 more homes in the occupied West Bank and East Jerusalem, saying the move was counterproductive to peace efforts with the Palestinians.

Angered by the U.N. General Assembly's upgrading on Thursday of the Palestinians' status in the world body from "observer entity" to "non-member state," Israel said the next day it would build the new dwellings for settlers.

"We urge Israeli leaders to reconsider these unilateral decisions and exercise restraint as these actions are counterproductive and make it harder to resume direct negotiations to achieve a two state solution," White House spokesman Jay Carney told a briefing.

"We reiterate our long-standing opposition to Israeli settlement activity and East Jerusalem construction," he said. 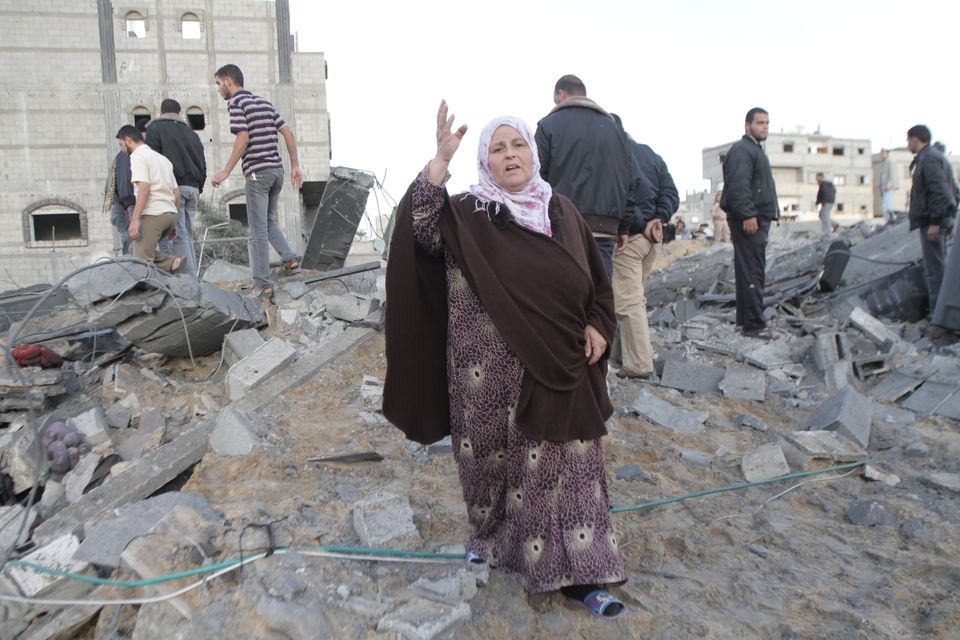 1 / 12
A Palestinian woman shouts anti-Israel slogans on the rubble from her home after the latest Israeli airstrikes in the town of Rafah in the southern Gaza Strip November 16, 2012. Israeli Defence Minister Ehud Barak expanded the call-up of reserve soldiers, a spokesman said, as Israel pushed ahead with a major offensive against militants in the Gaza Strip.(SAID KHATIB/AFP/Getty Images)