JERUSALEM, Oct 28 (Reuters) - Palestinians in the Gaza Strip fired two rockets at a southern Israeli coastal city on Monday and Israel's Iron Dome interceptor shot down one while the other fell into the sea, a military spokeswoman said.

Within hours, Israel's air force bombed what a military spokesman described as two concealed rocket launchers in northern Gaza. There were no casualties.

The pre-dawn salvo against Ashkelon, about 12 km (7 miles) north of Gaza, was unusual given the relative restraint of Palestinian militants since last November's war between the coastal enclave's Islamist Hamas rulers and the Jewish state.

There was no claim of responsibility for Monday's launches.

They may have been meant to spoil the U.S.-sponsored peace talks that Hamas's rival, Palestinian President Mahmoud Abbas, resumed with Israel in July. To bolster Abbas, Israel is due to free 26 Palestinian prisoners this week. [ID: nL5N0IH0PG]

During the previous prisoner release, in August, Gaza militants fired rockets across the border and Israel responded with air strikes.

Hamas has called on Abbas, who holds sway in the Israeli-occupied West Bank, to abandon peacemaking and form a new Palestinian power-sharing government.

The Islamist faction has also signalled readiness to go to war, taking responsibility last week for a tunnel which the Israelis discovered running into their territory from Gaza and said was likely intended for kidnapping soldiers or setting off underground explosives.

But the sands are shifting for Hamas, which has tipped into financial and political crisis after being cut off from neighbouring Egypt by the new, military-guided interim government in Cairo.

Hamas's ties with former backers Iran and Syria have similarly deteriorated and in Gaza its authority has at times been challenged by more radical armed Islamists.

The Israeli military spokeswoman said a mortar bomb was fired across the border from Gaza on Sunday, but caused no damage or casualties. (Additional reporting by Nidal al-Mughrabi in Gaza and Ali Sawafta in Ramallah, Writing by Dan Williams, Editing by Jeffrey Heller and Gareth Jones) 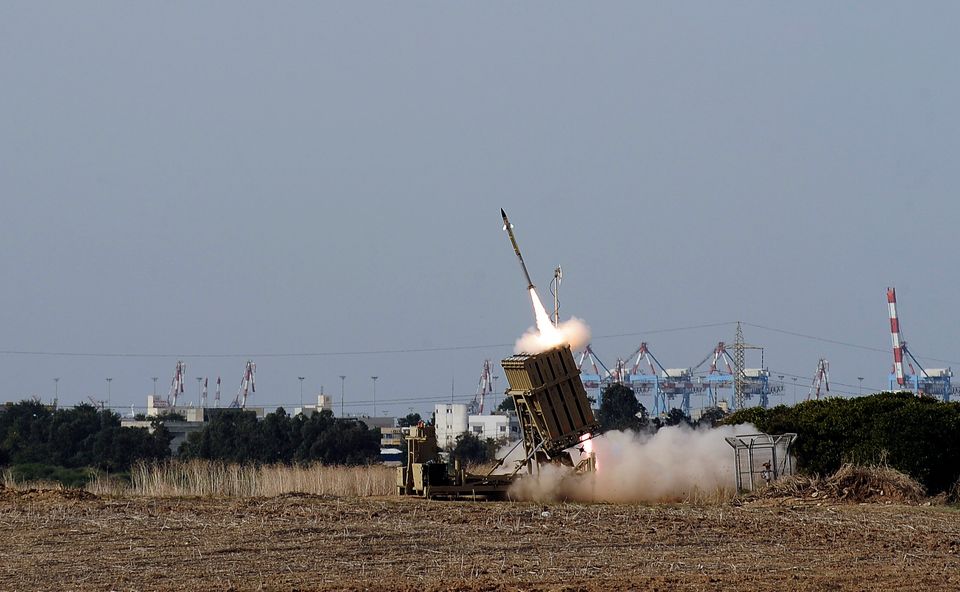 1 / 5
Produced by Israeli-based Rafael Advanced Defense Systems, Iron Dome is meant to shoot down rockets and artillery shells with ranges of up to 70 kilometers, or 45 miles. It has been operational since 2011. <em>Caption: The Israeli military launch a missile from the Iron Dome defence missile system, designed to intercept and destroy incoming short-range rockets and artillery shells, in the southern Israeli city of Ashdod following the firing of rockets from the Gaza Strip on November 16, 2012. (DAVID BUIMOVITCH/AFP/Getty Images)</em>
Getty Images