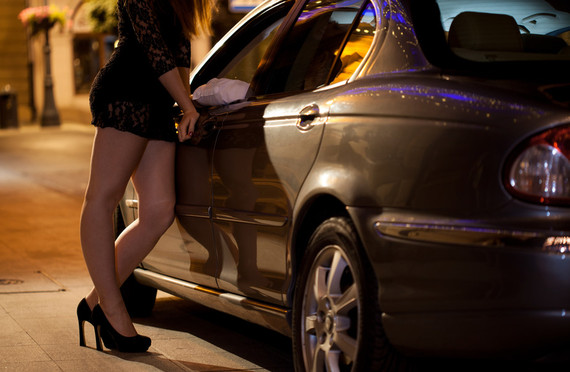 There are around 12,000 sex workers in Israel. www.shutterstock.com

How should the selling of sex be treated? What should law do about it, if anything? What kind of links are there between prostitution and sex trafficking? Such questions ignite vigorous controversies around the world, and Israel is no exception.

While Israel unflinchingly joined the transnational effort to enforce the anti-sex trafficking regime that became one of the most consensus-driven global projects of the past two decades, the approach toward prostitution in the country is far from settled.

Sex trafficking is a criminal offence in Israel. In 2012, the country was promoted to a Tier-1 ranking in the US State Department's Trafficking in Persons report, meaning that adequate efforts to address the problem have been made.

Public opinion, government policy and the law courts, cooperating in rare accord, unwaveringly reject sex trafficking. But when the discussion shifts towards prostitution, the unanimity evaporates, and a highly polemic discourse takes its place.

Two views of paying for sex

As in many other countries, the two main battling ideas are the sex-work narrative and the prostitution-as-harm narrative. According to the sex-work narrative, selling and buying sex are legitimate practices. They are framed as manifestations of human rights when deriving from free choice. Amnesty International adopted this position in 2015.

According to the prostitution-as-harm narrative, women are harmed by the practice of selling sex, in a way that must be addressed by law. A legal model often linked to this narrative was introduced by Sweden in 1999, and is widely known as the Nordic model. This model abolishes prostitution and criminalises the men who buy sex rather than the women who sell it.

The prostitution-as-harm narrative is supported by worldwide research. Compared to those who are not involved in prostitution, a much higher percentage of women in prostitution fall victim to a range of threats from rape to armed robbery, assault and defamatory speech.

In my view, separating prostitution from sex trafficking, for instance on the basis of choice and agency, fails to recognise the harms of prostitution at large and the duty to address them.

The situation in Israel

The existing Israeli law basically supports the sex-work narrative. Buying and selling sex in Israel is legal and can even be advertised under certain constraints, though pimping and running brothels are illegal.

Not surprisingly, prostitution seems to flourish in Israel, though often hidden from the public eye. The first-ever government survey into prostitution found that there were around 12,000 people working in prostitution in the country, 95% of them female. Each had in average 660 clients a year.

But during the last decade, there has been growing demand for legal reform that will adopt a version of the Nordic model. In the past few years, a number of bills proposing the adoption of such a model have been brought to the Israeli parliament.

All the efforts were aborted, but now a new bill is being promoted, and the Justice Ministry has formed a committee to evaluate whether legal reform is due.

Meanwhile, an intense debate goes on, echoed across different media platforms. One notable example is a project by Tali Koral, an Israeli anti-prostitution activist. Koral's two blogs, When He Pays and When He Pays Me, present testimonies of women relating their experiences in prostitution alongside real quotes of Israeli men reviewing and ranking women in prostitution, taken from Hebrew portal, Sex Adir (Great Sex).

The project, intended to raise awareness to what Koral refers to as the "real face" of prostitution in Israel, gained wide public attention, and raised protests from Johns (men who pay for sex), who claimed the posts humiliated them and demanded their removal. Following such complaints, Facebook blocked Tali Koral's account several times, facing angry counter-complaints, which accused Facebook of supporting Johns.

Owing to insistent campaigns led by activists, alongside an increasing number of cultural representations that depict prostitution as a highly precarious practice, a backlash against the sex-work narrative is growing.

Two such influential representations are Keren Yedaya's 2004 film, Or (My Treasure), which depicted two generations of Israeli women caught in prostitution, and Blue Natalie, a 12-part TV drama by Avner Bernheimer and Guy Sidis from 2010, that focused on sex trafficking.

Awareness of the social infamy suffered by women in prostitution, as well as the trauma many of them suffer is growing in Israel.

State responsibility to alleviate these harms inevitably comes to many minds when thinking of a solution. Still, it is difficult to decisively predict whether Israel will introduce legal reform addressing the harms of prostitution. Public opinion appears to be wavering: according to a 2015 poll, 54% of Israelis were in favour of some kind of legislation against the clients of prostitution, but only 42% thought clients should actually be punished. Yet, a harm-focused perception of prostitution is growing.

There is a reasonable chance that Israel will eventually join the small club of countries that have embraced the prostitution-as-harm approach and reformed their law accordingly. Such a process might be sluggish, and will depend on modifications of the law, education policies and budget allocations. Nevertheless, it might be on its way.