The ill-treatment of Palestinian minors held within the Israeli military detention system is "widespread, systematic and institutionalised," a report Wednesday by the UN children's fund found.

UNICEF in the 22-page report that examined the Israeli military court system for holding Palestinian children found evidence of practices it said were "cruel, inhuman and degrading treatment or punishment."

"Ill-treatment of Palestinian children in the Israeli military detention system appears to be widespread, systematic and institutionalised," it concluded, outlining 38 recommendations to improve the protection of children in custody.

Over the past decade, Israeli forces have arrested, interrogated and prosecuted around 7,000 Palestinian children aged between between 12 and 17, most of them boys, the report said, noting the rate was equivalent to "an average of two children each day."

"In no other country are children systematically tried by juvenile military courts that, by definition, fall short of providing the necessary guarantees to ensure respect for their rights," it said.

The vast majority of arrests are for throwing stones, which is considered an offence under Section 212 of Military Order 1651.

Although the maximum sentence for children of 12 and 13 is six months, the penalty rises dramatically from the age of 14 when a child can face a maximum penalty of between 10 and 20 years depending on the circumstances, it said.

In a step-by-step analysis of the procedure from arrest to trial, the report said the common experience of many children was being "aggressively awakened in the middle of the night by many armed soldiers and being forcibly brought to an interrogation centre tied and blindfolded, sleep deprived and in a state of extreme fear."

Many were subjected to ill-treatment during the journey, with some suffering physical or verbal abuse, being painfully restrained or forced to lie on the floor of a vehicle for a transfer process of between one hour and one day.

In some cases, they suffered prolonged exposure to the elements and a lack of water, food or access to a toilet.

UNICEF said it found no evidence of any detainees being "accompanied by a lawyer or family member during the interrogation" and they were "rarely informed of their rights."

"The interrogation mixes intimidation, threats and physical violence, with the clear purpose of forcing the child to confess," it said, noting they were restrained during interrogation, sometimes for extended periods of time causing pain to their hands, back and legs.

"Children have been threatened with death, physical violence, solitary confinement and sexual assault, against themselves or a family member," it said.

Most children confess at the end of the interrogation, signing forms in Hebrew which they hardly understand.

It also found children had been held in solitary confinement for between two days and a month before being taken to court, or even after sentencing.

During court hearings, children were in leg chains and shackles, and in most cases, "the principal evidence against the child is the child's own confession, in most cases extracted under duress during the interrogation," it found.

"Ultimately, almost all children plead guilty in order to reduce the length of their pretrial detention. Pleading guilty is the quickest way to be released. In short, the system does not allow children to defend themselves," UNICEF concluded. 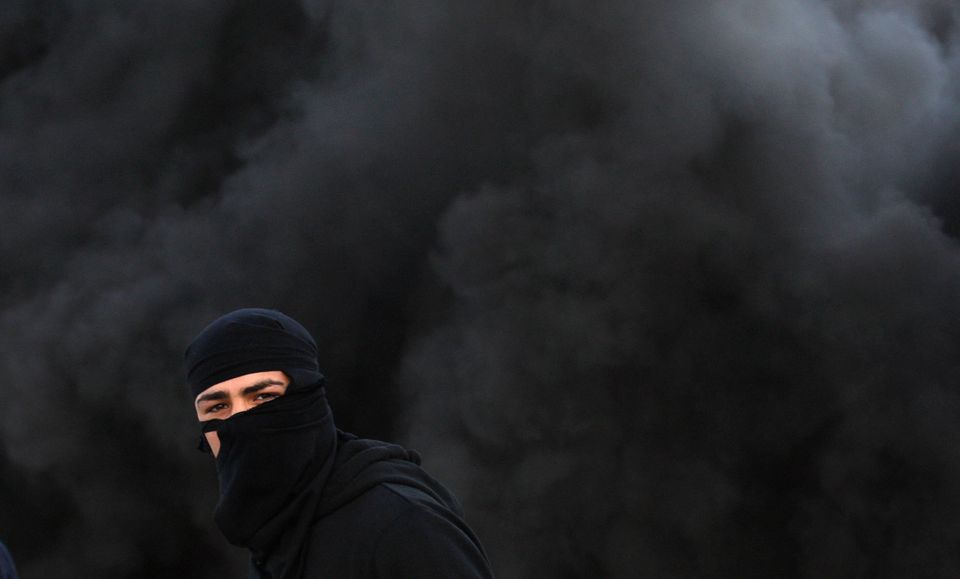 1 / 14
A Palestinian wears a mask during clashes with the Israeli army north of the West Bank city of Jenin in support to the Palestinian prisoners on hunger strike in Israeli jails and against the administrative detention, Friday, Feb. 15, 2013. (AP Photo/Mohammed Ballas)
AP