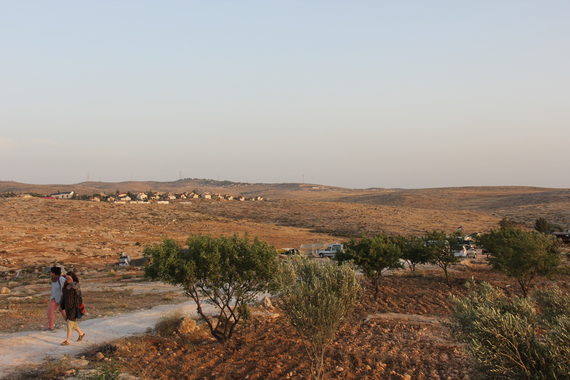 Does a "sleep-in" have the power to make a difference in the Middle East? One group of Israelis think so. This week, Israeli peace activists began a sleep-in protest in the Palestinian village of Khirbet Susiya to prevent the Israeli army from demolishing it, as reported by The Independent.

The village of 340 people was built illegally, according to Israeli military officials. However, activists have argued that "discriminatory Israeli planning practices" have made the village unable to get fair building permission.

"It is very important to be with the Palestinians so that they feel they are not alone and that there are people who care," Jerusalem resident Amiel Vardi, who is organizing the sleep-in shifts, told The Independent. Vardi is one of the founders of Ta'ayush, which describes itself as "a grassroots movement of Arabs and Jews working to break down the walls of racism and segregation by constructing a true Arab-Jewish partnership."

As of today, the village has not been demolished; U.S. government officials have urged Israel not to follow through with the demolition, warning that the ramifications could be "harmful and provocative," The Guardian reported.

Van Winkle's has reached out to representatives from Ta'ayush, as well as Israeli group Rabbis for Human Rights, which supports the sleep-in, about the status of the protest. Stay tuned for more updates.