I guess I've always been a little bit cynical -- not much, mind you, but enough to cause me to look at the current happenings between Russia and Ukraine with a slightly jaundiced eye. How might this affect our relationship in outer space? Is Russia a friend, or are they a foe?

At my grassroots experience level -- the "astronaut trained in their country" level -- the Russians are steadfast colleagues. A tremendously humble people, they are capable, dedicated, professional, and ever-friendly. I have lifelong friends from my experiences living and working in Star City at the Gagarin Cosmonaut Training Center, some 50 miles northeast of Moscow. It's at the much higher (nearly orbital?) "trust-in-government" level where I struggle to gauge their intentions.

The U.S. Space Program desperately needs Russia. Until commercial space companies are ready to consistently launch American astronauts safely into space -- and it's going to be a while before they are -- we are beholden to our Putin-led compatriots from the Russian Federation. NASA inherently trusts the Russian Space Agency to carry our American heroes to and from the International Space Station (ISS). We must -- we don't have a choice -- and, to their credit, they have done so admirably for quite some time now. After all, they're our friends, right?

As much as we need the Russians, they need us too. Currently, the estimated cost to train and prepare one U.S. astronaut to "catch a ride" on Russia's space-taxi Soyuz is upwards of $70 million. After recently extending our agreement requiring Russian-provided rides to ISS, we will continue to provide a steady stream of income into their oft-depleted coffers for years to come. Isn't that what friends do? 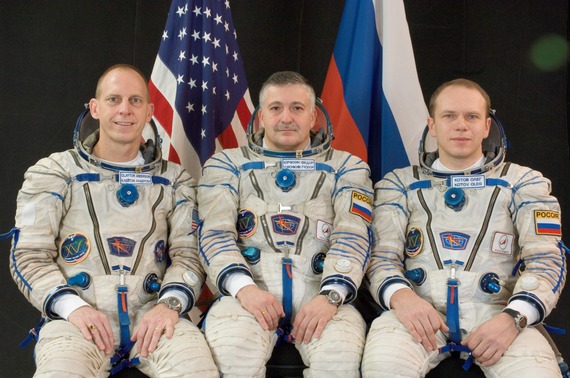 We were a space-based composite, a coherent and integrated crew, trained to execute competently in both the Russian and U.S. segments of the ISS. Not so today.

It has been quite some time since Russians were trained to perform in U.S. spacesuits. American astronauts no longer don the Orlan. As a matter of fact, rarely do Russian cosmonauts assist U.S. astronauts -- or vice versa -- in daily prescribed tasks on the ISS, unless "permission" has been received from controlling program managers on the ground. When it does happen, it is highly probable that additional funding has been transferred between the two organizations. Our programs are becoming more segregated, and that concerns me, as does the situation unfolding in Ukraine.

The potential impact of the current unrest in Ukraine on ISS operations is not trivial. Recall the well-chronicled incident of Russian cosmonaut and NASA "guest astronaut" Sergei Krikalev. Living on the Russian Space Station Mir, he had established communication with Moscow, enabling him to talk to his family. Speaking first to his son, the space-flying father asked why he wasn't in school. His son's honest reply: "There is no school today because of the tanks in the streets." Sergei's response was swift: "Please put your mom back on now." Not the best way to find out about the collapse of the Soviet Union -- while in orbit. (The Soviet Union was dissolved on Dec. 26, 1991. These events are chronicled in Romanian filmmaker Andrei Ujică's 1995 documentary Out of the Present.) Furthermore, Sergei did not know what that meant for him, his on-Earth support team or his Soyuz ride home.

The same is true today. We don't know what the outcome of this political game of chess could mean to U.S. space efforts. While 14 years of apolitical U.S./Russian operations in space is noteworthy and calming, NASA can only speculate that "everything's OK." Voluminous amounts of expert commentary exist stating that "there will be minimal impact." I hope so. On one thing we can agree: The situation clearly illustrates the need for speeding up the ability of U.S. commercial companies to ferry our astronauts to and from the ISS. While ably demonstrating their prowess for consistently sending (and in the case of Space X, returning) cargo to the ISS -- which NASA and Russia have been doing for nearly 30 years -- doing the same with humans is tougher, not to mention more expensive. And make no mistake about it: These commercial companies are being propped up by U.S. tax dollars. Tax dollars from a government running trillion-dollar deficits and giving the impression of enjoying the uncertainty of continuing resolutions more than well-thought-out, balanced and bipartisan annual budgets. This position is unenviable and puts undue pressure on our continued space partnerships -- old and new. It's time to step up budgetary support that focuses on nurturing the relationships with our newfound friends who operate right here in America. 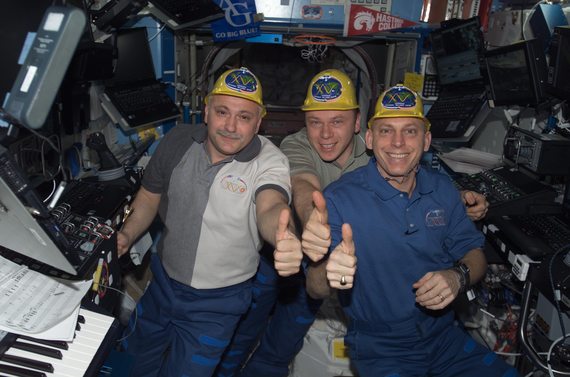 During NASA's glory days of Apollo, when we battled and ultimately defeated our former foes, the dreaded Soviets, in being first to the Moon, the United States exerted powerful control in the race to inhabit the heavens. It is time for us to recapture that glory, for if we are not careful, we will once again be in the unfamiliar territory of chasing, not leading, the world.