What's the worst thing about Darrell Issa's debut as Chairman of the House Oversight Committee? It could be his relentless, Gloria Swansonish, "I'm ready for my close up, Mr. DeMille" self promotion. It might be his manic insistence that he'll conduct "hundreds" of investigations, or his letters to lobbyists offering to put his new powers at their disposal. Or maybe it's his "hang 'em first and try 'em later" attitude toward the administration. It's certainly ironic that his first act as head of the committee that investigates misuse of government funds seems to have been... to misuse government funds.

Sure, they're all bad. But the worst of all may be this: Issa's making it clear that he'll use his position to cover up Wall Street's role in destroying the economy, and that he'll resist any attempts to rein in the corporate misbehavior that puts us all at risk. That's a shame: Issa once seemed like a fair-minded, independent voice, and he could have made an important contribution in his new position. Instead he's becoming a tinpot Torquemada bent on harassing and punishing anyone who tries to thwart corporate America's will.

Issa has announced that he intends to investigate WikiLeaks, Fannie Mae, Afghanistan, how regulation affects job creation, food and drug recalls, what the last episode of Lost really meant, and whether Yoko broke up the Beatles.

Okay, maybe he didn't mention the last two. But Issa's on record as saying that, while he listed six targets of investigation, he could have listed sixty -- "or six hundred, perhaps." In fact, says Issa, "there is so much in government that in the next two years even if we did a hearing every single day on every single subcommittee, we couldn't do all the areas of waste, fraud and abuse..."

Nobody can investigate hundreds of topics meaningfully or effectively. But that's not the point. The goal of these investigations will be to help his party and serve his corporate cronies -- and, of course, to get his name in the headlines. In fact, Darrell's already gone Hollywood. Videos on his website already have a Committee logo, as if he were a movie star and the mogul who runs the studio: 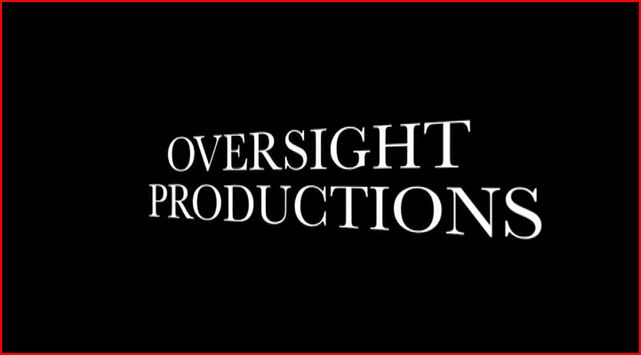 Issa's also turned the Committee's website into an advertisement for his own party, with a banner across that top that reads "Committee on Oversight and Government Reform: Republicans" and a tab underneath it that reads "GOP Watchdogs."

The word "Democrat" didn't appear anywhere on the website under the Democratic chairman, as a cached copy of the page shows. And it shouldn't. Issa's abuse of this site would be illegal if this were a mailing, rather than a website, since taxpayer-funding mailings "may not be used to solicit votes or contributions (or) to send mail regarding political campaigns or political parties ..."

Issa's already made it clear that he intends to play the role of Grand Inquisitor toward an administration he's already described as "one of the most corrupt" in history. That's a stunning statement after the Nixon and Bush administrations or the scandals of history. (Teapot Dome, anyone?) Issa's letting us know he's getting the frame-up machine ready for more phony Whitewaters and multimillion-dollar fishing expeditions.

"Coming soon to a hearing room near you! The latest Oversight Production ..."

In his new role, Issa's the only member of Congress who can issue subpoenas without asking for committee approval. If that doesn't scare you, it should. That power was originally conferred on the Committee's Chairman by Republicans eager to find abuses of power under Bill Clinton. Issa's Republican predecessor during the Clinton era issued more than 1,000 such imperial subpoenas. As Karen Tumulty reminds us, the Committee took more than 140 hours of sworn testimony while investigating whether the Clinton White House "misused the White House Christmas-card list for political purposes."

What's really troubling about Issa's list isn't the sheer number of targets, or even the publicity-crazed ambition that seems to guide his every move. What's really worrisome are the signs that he intends to be an ideological Grand Inquisitor. Case in point: Politico says that Issa plans to investigate "the failure of the Financial Crisis Inquiry Commission to agree on the causes of the market meltdown."

But the FCIC did reach its conclusions, and the majority report is expected shortly. Issa just wants to provide a platform for four political appointees from the Republican Party who staged a phony walkout from the Commission. Their ginned-up, ideological "complaint" was built around the Commission's refusal to accept their demand that it strike words and phrases like "deregulation" and "Wall Street" from their report. Issa intends to use his Committee as a platform for spreading this sort of deceptive Orwellian doubletalk.

If you've got an ideological narrative that hides Wall Street's role in ruining the economy, then baby, Darrell Issa's gonna make you a star!

The FCIC's majority is likely to conclude that excessive bank deregulation led to greed-driven speculation and often to criminal behavior, that "shadow banking" by non-financial entities contributed greatly to the problem, that "too big to fail" banks knew they'd be rescued if their gambling bets went bad, and that more is needed to make sure the same thing doesn't happen again.

Virtually all responsible economists agree with those conclusions. Even the guru of banking deregulation, Alan Greenspan, acknowledges that deregulation didn't lead to the kind of rational behavior he had expected. But the banks are eager to continue their reckless and greedy ways, and the Republicans want to keep raking in their contributions.

Politico also reports that Issa will investigate "the roles of Fannie Mae and Freddie Mac in the foreclosure crisis." Fannie and Freddie make handy ideological targets because they're government initiatives (the fact that they help black, brown, and poor people may help subliminally, too.) But the real value of scapegoating Fannie and Freddie is that it distracts attention from the real culprits -- the ones writing fat checks to GOP campaigns.

Paul Krugman has shown that the housing bubble which led to the economy's collapse reached its height after Congress had tied Fannie and Freddie's hands. And some of the biggest problems happened outside Fannie and Freddie's reach altogether, in properties such as commercial real estate and luxury housing (leading to headlines like Bloomberg's "Rich Default on Luxury Homes Like Subprime Victims." The delinquency rate for homes worth more than a million dollars has been higher than the overall rate for much of this year.)

The common thread behind all this worthless real estate isn't Fannie or Freddie or government initiatives: It's bankers. They're the problem, and regulation is the solution. End of story. Now we can save the taxpayers the millions Issa's planning to waste on this subject.

He'll do it anyway, of course. Issa's made it clear that he wants to be part of the greatest cover-up in history: the cover-up of Wall Street's role in destroying the economy. That will reduce public pressure to regulate them and prevent future recessions or depressions -- which means they'll be more likely to happen.

Not that bankers are his only constituency. Like a waiter with his notepad open, Issa's been asking lobbyists all over town for their orders. As Politico reported, Issa sent letters to more than 150 lobbyists asking them what they'd like him to investigate and which laws they'd like to see changed. "Is there something that we can do to try to ease that [regulatory] burden and stimulate job creation?" he asked. "Is there a consistent practice or regulation that hurts jobs?"

These lobbyists are probably drafting subpoenas now for the Chairman's signature. Anybody who gets in their way is likely to spend endless hours and many thousands of dollars enduring meaningless and punitive inquiries. It will be a replay of Chairman Dan Burton's disgraceful tenure during the Clinton years, which brought to mind the words of a sixteenth-century English historian: "A defence in the Inquisition is of little use to the prisoner, for a suspicion only is deemed sufficient cause of condemnation."

We were open-minded about Issa originally, and even cautiously optimistic. For anyone who hasn't been thrilled with everything this administration's done, an Issa chairmanship originally had promise. He's reached across the aisle for several legislative initiatives. His calls for more disclosure of TARP spending were welcome, as were his meetings with the Federal Reserve to push for greater transparency.

But Darrell Issa's made it clear that he plans to use his office for personal advancement, partisan advantage, and to serve America's corporations at the expense of its people. His "oversight productions" have already become a pathetic spectacle. We know how this movie ends.