Amid a sea of rainbow flags, tens of thousands of gay rights supporters and LGBT community members came together to promote equality at Istanbul's gay pride parade Sunday.

The Turkish street festival in the predominately Muslim country has been touted as the largest LGBT celebration in the Muslim world. 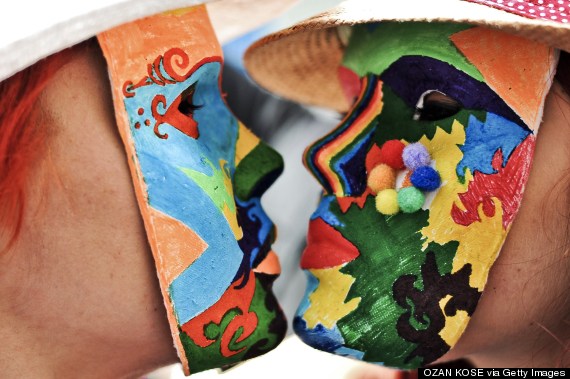 Masked women face each other during a gay pride parade on Istiklal Street, Istanbul's main shopping corridor, on June 29.

"In Turkey, we all have difficulty exercising our rights," parade participant Aykut Yanak told the Agence France-Presse. "This is why we must fight and why we all walk together today."

Though same-sex relationships are not illegal in Turkey, intolerance runs rampant in the nation, often due to traditional Islamic values. (In Turkey, 99 percent of the population is Muslim.)

According to a 2011 World Values Survey, 84 percent of Turkish respondents stated they did not want to live near members of the LGBT community. What's more, LGBT hate crimes in Turkey are reportedly the highest of any nation in the Council of Europe, the Daily Beast reported, citing advocacy groups.

In recent years, some of the nation's top officials have given controversial remarks against homosexuality.

Last year, Prime Minister Recep Tayyip Erdogan was quoted by Turkish news outlet Hürriyet as saying that being gay is a “sexual preference” that goes against the culture of Islam. In 2010, Turkey's Minister for Women and Family Affairs, Selma Aliye Kavaf, said "homosexuality is a biological disorder, a disease”.

Earlier this year, the Turkish government announced plans to segregate LGBT criminals from other prisoners by housing them in a separate jail. Gay rights activist Murat Koylu told the AFP the move was "a medieval-age practice" and that "the government has once again chosen to ostracize homosexuals."

Here are six other photos from Istanbul's pride celebration: 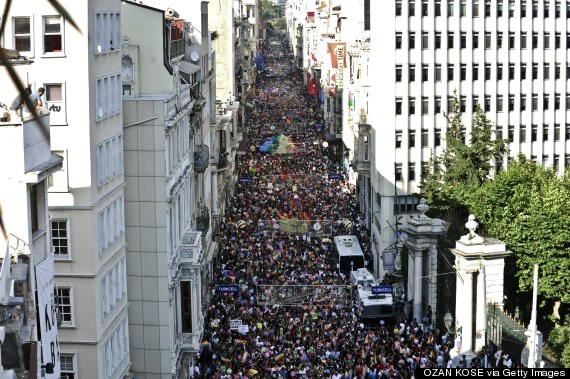 An aerial view of Turkey's gay pride parade where tens of thousands of people marched on Sunday. 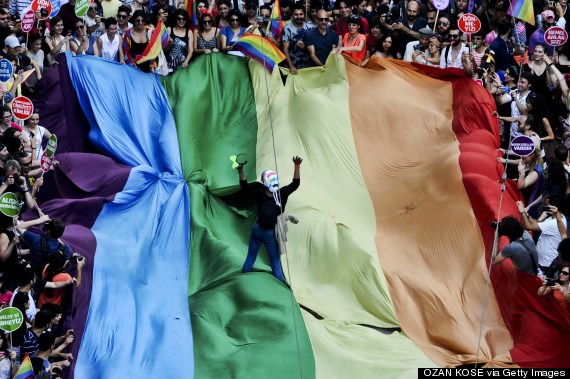 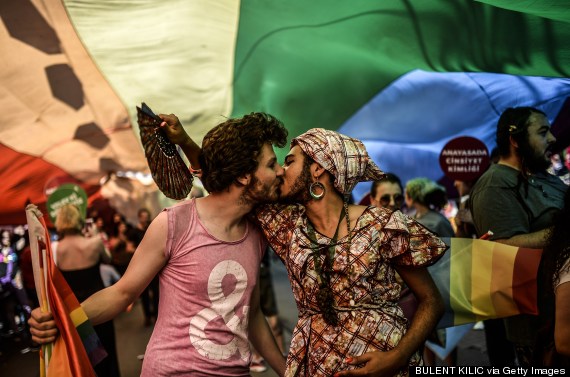 Two men kiss during the parade on Istiklal Street. 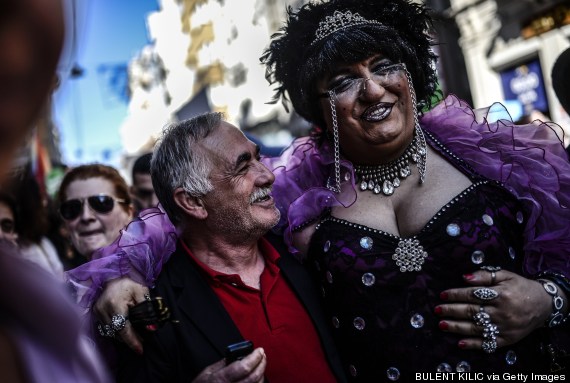 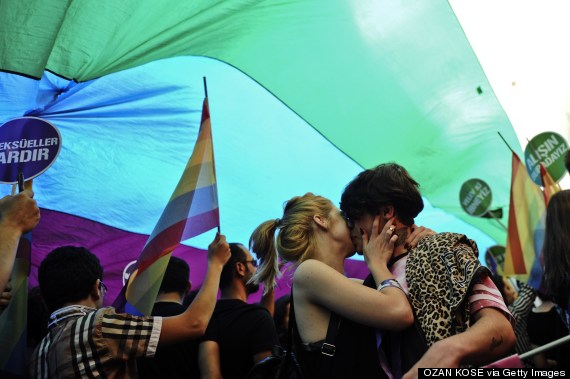 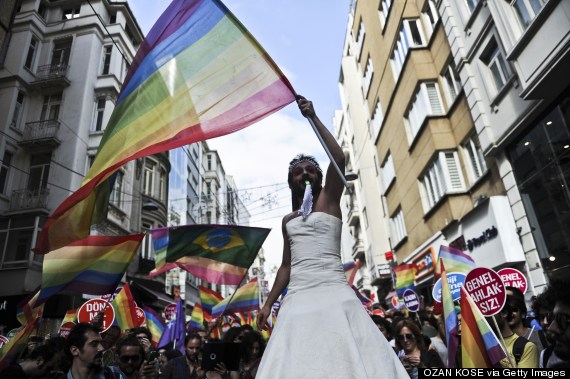 A man waves a gay pride flag amid a crowd of gay-rights supporters.