Atlanta, Georgia -- Did I ever tell you about my favorite boss? He was born in a refugee camp. His mother fled the Soviets in Budapest, escaping to Yugoslavia where she met a man in a camp there. The couple sought asylum in France where their baby was born in yet another camp. The family moved to the U.S. shortly thereafter where the infant boy grew into one of my dear friends, among the best creative minds I know, and a three-time Academy Award nominee. Frank Darabont's writing and direction of The Shawshank Redemption, The Green Mile, and The Walking Dead, among many others, has generated some of the most potent and memorable storytelling of his generation.

I mention this because I know my last few blogs have been bleak. Things are bad for Syrian refugees right now, despite the generosity of their hosts in Jordan, northern Iraq and elsewhere. Conditions are desperate in many places, and it's heartbreaking to see children living in muddy tents with too little to occupy their hungry minds. It can seem overwhelming, the scale and depth of the need; but things improve with help and attention from the international community and a marshalling of the refugee's own resources of ingenuity and passion. 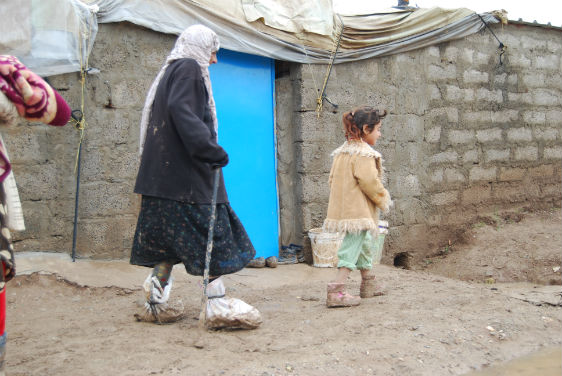 The mud is an almost constant unpleasant companion for refugees at Domiz camp in the winter. Ned Colt/IRC

I've seen it with my own eyes: in Ban Mai Nai Soi, Thailand, the International Rescue Committee and international partners have grown the refugee camp there (home to those who fled conflict in Myanmar starting in the 1970s) with tremendous services for children, women, the disabled, the addicted, etc. The camp is a marvel of urban planning, sanitation, and food security, and the residents there live humane, dignified lives. It can be done. The refugee populations emerging from Syria are in the early stages of their crises, but we can reach and assist them - be they in camps or urban settings - and together we can make lives for them worthy of who they are: people just like us.

In fact, ten minutes from Domiz camp there is a school. Its existence is exciting in and of itself because it used to be a prison. Saddam Hussein had it built to incarcerate, interrogate, and periodically "do away with" those who opposed him in the region. 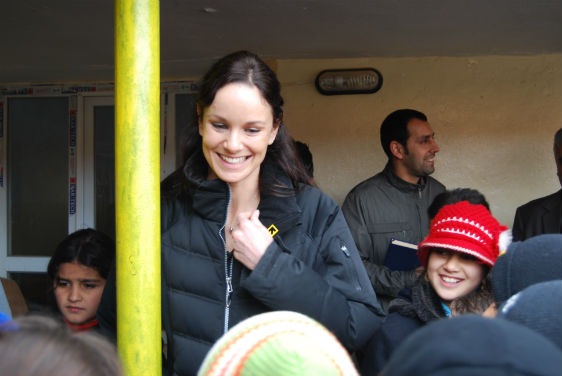 The IRC has partnered with the school's administration to help with the renovation: ceiling fans, new paint, desks, whiteboards, and a basketball net for the courtyard. From the rubble of a region devastated by violence where education -- for girls in particular -- was stifled, a school has risen up that teaches 1300 students a day. Some of those students are grown men and women whose education was truncated during the war. They come in two shifts in the evening to catch up on their studies. In the principal's office are two sports trophies the youth teams have won; I sat in on an English class taught by a woman who'll have her girls and boys reading the New York Times before you know it; the painting classes produce art I'd hang on my walls.

It can be done.

There is room for so much hope for the Syrian refugees right now. If we harness the creative, intellectual, and emotional capital latent in their populations and if we commit as an international community to support them through their darkest hour, their children will grow up beautifully and well. We can do it. Together. And someday, there may be a filmmaker accepting an award for the movie that changed all of our lives who can look back and say thank you for not forgetting us. We'll know we have a tiny part in that success because we believed all along that he or she was there and worth caring for.

You can learn more about the International Rescue Committee's response to the ongoing crisis in Syria here.