As my marriage of two decades withered into a separation, my charming newly-divorced colleague, Jeff*, suddenly looked more appealing.

Jeff was fit, outgoing, and 18 years my senior. I had seen him behave kindly and generously when we volunteered together with refugees. As we began dating, he wanted to be with me at all times and called or texted me frequently when we were apart. He bought me flowers. He accompanied me on errands. He fixed my computer. He wanted to know everything about me and meet my friends, family, and coworkers.

Jeff bought gourmet cookware for my post-divorce home and assured me that my children and I would be "ok" in our new life. I was a grown professional, a researcher on violence against women, a mother of three -- and I was blinded by feelings of love. Jeff worked hard to show me what a good person he was and my deep belief in romance made me trust him unquestioningly. Our relationship began as many Coercive Control relationships do, with an intensity that knocked right through my usual caution and good sense. I closed my eyes to red flags such as the pride with which he described monitoring his (supposedly) unfaithful ex-wife.

Jeff insisted on moving into my home, although I thought it was too soon. I reluctantly agreed to this as I agreed to almost everything he requested of me. We had pledged to do our utmost to make each other happy. With a rule like that, I could not say "no."

Jeff gave me low-cut blouses and smiled when I wore them. When he was the one who orchestrated a situation, he liked seeing how men responded to me. However, just as often he was unreasonably jealous. Jeff interrogated me for putting on lipstick when I stepped out to buy the Sunday paper. Who was I going to meet at the Dairy Mart? Mental note to myself: no makeup on errands. I made an increasing number of mental notes to avoid conflict.

Jeff seemed jealous of the time I spent with everyone else, including my children. He grilled me about the calls and texts on my phone. I limited my activities, so I wouldn't have to explain myself to him and risk his wrath. Jeff was not physically violent, but sometimes he'd clench his fists in anger and berate me until I wept. I was determined to make the relationship to work, so I tried hard to please him. Although I loved Jeff deeply, I began to feel as if I was suffocating and trapped. 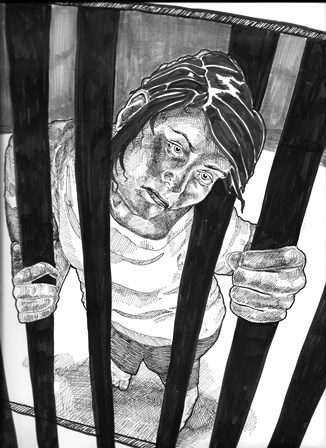 As Jeff pushed away my friends and family, I became exhausted and isolated, which made me cling to him even more. I stayed with him even after I learned that he had installed a keystroke logger on my computer and had access to every email I sent and received, every website I visited, and every word I wrote. I stayed with him even when he told me he had read all my diaries; I convinced myself that only Jeff could love me after knowing my innermost thoughts.

Four years into our relationship, a friend invited me to work with her abroad and I didn't allow Jeff to talk me out of it. The two weeks away from Jeff helped me see how harmful the relationship had become. I contacted a domestic violence advocate when I returned home. She helped me figure out how to ask Jeff to move out, and she insisted that this was my right. Jeff threatened suicide. He drank himself to sleep. He rushed to the hospital with what looked like a heart attack -- later diagnosed as panic. Then he began dating the only single woman in my office and stalked me for another two years. (He stopped this harassment only when I testified under oath about his behavior, and he saw that continued stalking would hurt his reputation and career).

After we separated, I learned there was a name for what I had suffered -- coercive control. Coercive control is a strategy some people use to dominate their intimate partners and get their way. It usually includes some combination of isolation, degradation, micromanagement, manipulation, stalking, physical abuse, sexual coercion, threats, and punishment. Not all of these tactics are always present. Like many victims, while I was in the relationship I felt trapped. I managed to stay productive at work and keep up appearances, but I felt that my life was not my own.

Other forms of abuse such as sexual harassment, marital rape, and domestic violence began to be challenged publicly once they'd been given a name. It's time for coercive control to be named and challenged aggressively, too. Individually, we should stay connected to victims of coercive control, so they won't become isolated. We also need to let abusers know their behavior is not acceptable. As a society, we should consider following the lead of several countries including France, Spain, Sweden, Portugal, Canada, and Tasmania that have legislation that makes coercive control or emotional abuse a crime. (Similar legislation is being considered in the United Kingdom). Coercive control is not simply bossiness, it's domination. It sure isn't love.

*not his real name