At the height of Rudy Giuliani's reign, my stepson and I went downtown for an art opening. The artist was Max Ferguson, one of my former screenwriting students. He is, without doubt, the hardest-working of that ambitious crew.

I say this because Max Ferguson paints 10 to 16 hours a day, working on a single canvas for as long as five months. When he's done, he's got the modern equivalent of a Vermeer --- a moment of ordinary life, exalted by technique so exacting that his painting could pass for that most modern medium, photography.

Or a single frame in a feature film directed by, say, the Bertolucci of The Conformist. 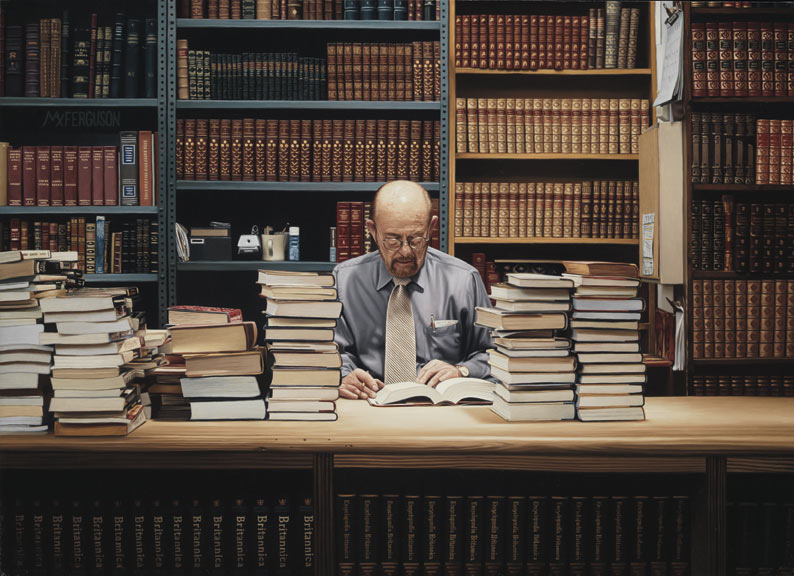 Max's art may be eye-popping, exciting, fun to look at and, only under the surface, serious and challenging, but surrounded by his work and a crowd of admirers, he's a funny guy and great talker. (Sample: "Why do I live in my head? The rent is cheap and I enjoy the view.") So my stepson and I left the gallery in high spirits. A little later, so did Max.

He stopped to paste some posters for his show on the wooden wall of a construction site.

The next time we saw Max was a few days later in the New York Post --- he'd been arrested and jailed.

Putting it on a temporary wall? "Defacement."

Fortunately, Max was arrested carrying pens, ink and paper --- very useful in making friends in jail. "Two days," he says. "The most terrifying experience of my life."

In court, the judge voided the arrest.

"If I didn't know better," Max says now, "I would have thought I'd paid off the judge."

(Needless to say, Max is not pining for the political rebirth of Rudy Giuliani.) 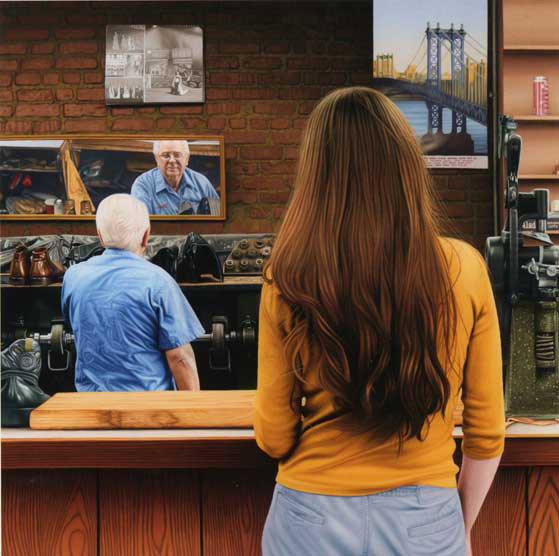 But its creator is a Long Island kid who now splits his time between New York and Jerusalem, where he lives with his wife, an Israeli art historian, and their three children.

Max graduated high school at 16. Obsessed with animation, he got hired to fill in the cells of an animated feature film, Raggedy Ann and Andy. This was in the days before computers made movies; the work was repetitive, repetitive, repetitive. "I wasn't great when I started," he recalls. "But I very quickly got much better."

At 19, after a few years at NYU, he went to Amsterdam to study the paintings of artists who were beginning to obsess him --- Rembrandt and Vermeer. The city staged an art competition, so Max entered a painting. The city bought it. Max returned to New York and asked the renowned art scholar, H. W. Janson, to assess his work. Janson bought a painting. And Max was off. 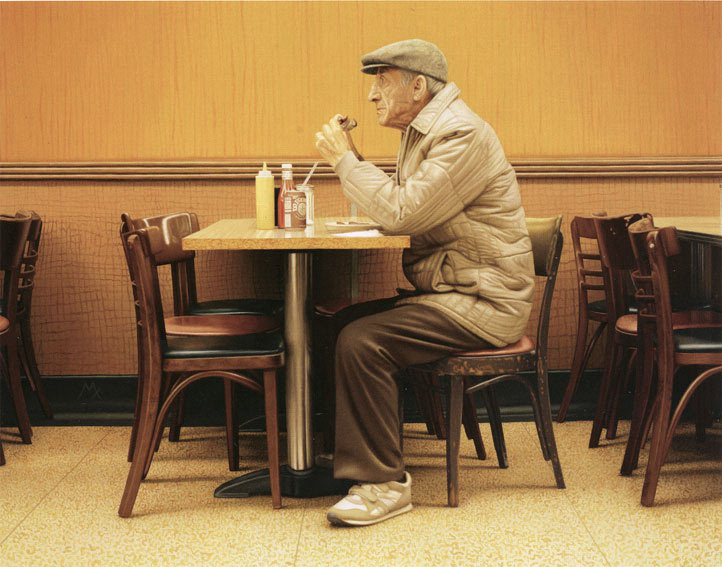 With recognition comes misunderstanding. In Max Ferguson's case, the trouble is classification --- he's not, he insists, a photo-realist. That is, he doesn't take a photo of his subject, project it on a canvas and fill it in. He prefers to work with models. And if he takes a picture, that's just the start of his process. He tweaks an image, changes elements, adds details that weren't there. The painting of his living room in Jerusalem, for example:

Over a course of a year, I took well over a thousand photographs of infinite variation (seasons, times of day, clothing), until I felt I knew what would work best. While a devoted student of art history, I have rarely made any direct art historical references in my paintings. In this case, however, there are many. For example, the sandals in the fore­ground refer directly to the Van Eyck Wedding Portrait in the National Gallery in London. There are also a number of Vermeer and Hopper allusions. The scene depicts my wife Sharon, our son Michael and me. To my right, hangs My Father in Katz's [one of his best-known paintings]. The vase belonged to my paternal grandfather. Next to the television are two photographs of my father's grandparents; the great-great grandparents of Michael. And so, the painting makes reference to five generations in my family.

Very thought out. And it might make you think Max Ferguson is calm and deliberative. So very not.

"I'm the most impatient person you ever met," he told me. "And it's not that I especially enjoy the process of painting. I spend so much time on my work because I'm desperate to see it." 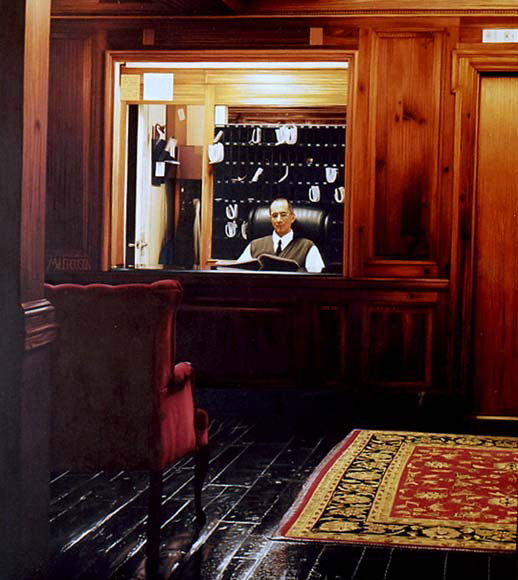 As am I. As are many. Max Ferguson has a show in New York from November 11 to December 4 at Gallery Henoch, 555 West 25th Street. Click here to see some of the paintings on exhibit. For more, go to Max Ferguson's web site.


All images courtesy of Max Ferguson.