Americans will choose a new President this year, and that choice will literally change the future of life on Earth. The reason, of course, is climate change. If the United States government turns away from this problem - and from dealing with it - then our children will pay dearly. But Donald Trump doesn't care about that. He's auditioning for a lead role that not even a Hollywood studio could dream up: The Moron Who Destroyed the Earth. The worst irony of all is that this is utterly unnecessary. Today we know how to solve the climate problem, and it doesn't require us going back to the Stone Age. If we deal with climate change in an intelligent way, we'll all be happier, healthier, and more prosperous. We'll eliminate pollution from fossil fuels, create millions of jobs, and free ourselves from awful dictatorships whose power derives from oil money.

Before I made Time to Choose, I knew very little about this. Like many people, I had seen An Inconvenient Truth, the first documentary to discuss climate change, and like nearly everyone who watched it, I left the theater scared, but with no sense of what to do. But in the last decade, everything has changed - in both good and bad ways. 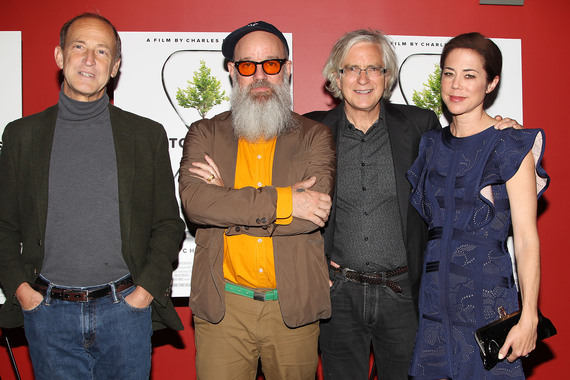 First, the bad: the climate problem has become far more urgent, and far more obvious. I'm from California, and nobody from California needs science to tell them that climate change is real, and dangerous. Spring comes a month earlier than when I was a kid, there is not nearly as much rain, and it is much hotter in summer. The wildfires, droughts, and storms that have ravaged the state are the clear result. In making Time to Choose, I traveled to four continents, and I heard the same things everywhere. The rains don't come when they used to. Storms are worse. We can't predict when to plant crops. There's no more water.

But it's important to pay attention to the scientists too, because it's the science that tells us how bad this will get if we don't fix it. Hurricane Sandy is nothing compared to what we will face if we let global temperatures continue to rise. Scientists have found evidence of storms a hundred thousand years ago, the last time that temperatures rose, and those storms were strong enough to lift boulders weighing hundreds of tons from the ocean floor to hilltops. And if the Greenland ice melts, which will occur in this century if we don't act, then half of the largest cities in the world will be underwater. New York, Tokyo, Rio de Janeiro, Los Angeles, London, Venice, Istanbul - all gone.

But the second thing that I learned is far more important. In the last decade, we have made astounding progress in renewable energy and sustainable agriculture. A decade ago, it still wasn't clear that we could solve this problem. Now, we know that we can. And the same actions that would stop climate change would also improve our lives in many, many ways. Wind and solar power are becoming economically competitive with conventional power plants, and they don't cause air pollution. Electric cars will be fully competitive with gasoline-powered cars in about five years. They're also quiet, and far less expensive to operate and maintain. They also don't force us to make nice to Saudi Arabia, Russia, or Iran because we need their oil. And eating a sustainable diet - mostly plants, mostly organic food - will give you a longer, and far healthier, life. Yes, organic food sometimes costs more; but if it cuts your medical bills in half and gives you an extra decade of life, then I think you'll agree that it's a pretty good trade.

To my surprise, I also found that addressing climate change will help reduce global inequality. Control of natural resources (coal, oil, natural gas) and land for industrial agriculture has been a major source of political corruption, dictatorship, and economic inequality. It is no coincidence that the most prosperous countries in the world, with the least inequality and longest life expectancy, are countries whose economies depend on education and technology rather than on exploitation. Venezuela has the largest oil reserves of any country on the planet - larger even than Saudi Arabia - but it is an economic and social disaster. Japan, Singapore, Taiwan, Germany, Switzerland, and Sweden have almost no natural resources - and they have the highest living standards and longest life expectancies in their regions.

So the choice is ours. And it is, in fact, Time to Choose.

These Useful Kitchen Products Will Make Cohabitation A Little Easier