Consider some of our greatest global challenges today: millions of Syrians suffering under the oppressive Assad regime; the terror of Hamas and the challenges of peace; millions suffering alone from painful illness without access to adequate health care, often due merely to an inability to afford care; Nigerian girls kidnapped and still missing, punished because they wanted an education; more than 100,000 crying in solitary confinement in America, hidden from society; more than 11 million immigrants waiting in fear for comprehensive reform while Congress perversely refuses to address the issue; billions working every day, yet still stuck in destitute poverty; and also consider millions of innocent, sentient beings being viciously slaughtered in factory farming each day for human pleasure; the many moments of our daily existence that go unactualized, and the ensuing spiritual distance we experience from our Creator and Revealer, etc. May we have the courage and strength to avoid falling into the paralysis of inaction and apathy, recharge our commitment to healing ourselves, our families, our communities, and the world. Lord, hear the helpless cries of our hearts and pleas of our souls. 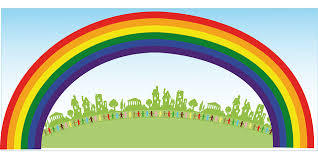 Here is a thought experiment we might try to feel an increased sense of global solidarity. Imagine we're walking in the heavens. Those who lived 1,000 years before us (or even 100) will feel quite foreign to us. Those who live 1,000 years after us (or even 100) will feel quite different too. But most people we meet from our unique era will be like brothers and sisters. Today, we can break from the petty divisions and see that 99.9 percent of our DNA is the same. Our blood looks identical.

Others will try to tear down those of us working to change the world. The best response we can give to imperious and obdurate religious and political leadership is a constant spiritual propelling toward moral progress that is humble, honest, bold, unwavering, and laden with fear and love of G-d. We not only need systems to change but also hearts to open. Some system-changers reduce suffering, and we need those types of authorities to do that hard work. 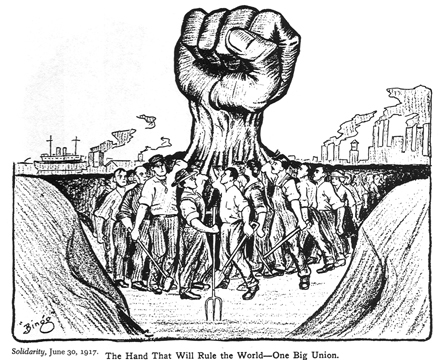 One recent episode shows how a minor political leader can try to spark a national debate. Many states have chosen not to expand Medicaid (out of spite mostly, as these states have Republican governors and the President is a Democrat), and as a result, the lack of federal money that would have subsidized health care for the poor has caused many already threatened rural hospitals in the south (e.g., Georgia, North Carolina, Tennessee, and Virginia) to close. In response, Republican mayor Adam O'Neal of Belhaven, North Carolina, is walking more than 270 miles to Washington, D.C., in an effort to raise awareness about the issue, persuade his state and others to expand Medicaid, and lobby Congress to guarantee quality health care for rural America as a civil right. At present, citizens of Belhaven have to travel 75 miles to even get emergency care due to the recent closing of a much closer rural hospital. As mayor O'Neal wrote: "In the last year, more rural hospitals have closed than in the previous 15 years. Every hospital closure means deaths!!!"

While this is commendable, a single act won't necessarily change minds and hearts. That is what spiritual leadership must do and that will change the world in the long term. The Torah teaches that we must be just and holy, both in leadership-process and leadership-consequence. If we stay focused on breaking systems of oppression, and do that work with integrity, we will eventually prevail.

The Jewish people have a unique role to play in making systems of inequality and oppression more just, and then in making them more holy. This commitment comes not only from our texts and values but also from our historical development. Emma Goldman (1869-1940) seems an unlikely example, as a Lithuanian immigrant who became a noted anarchist, atheist, and advocate for labor unions and birth control, enduring many arrests and even deportation for her positions. Nevertheless, her work for living wages, civil rights, and her opposition to fascism and Soviet communism seem squarely in the Jewish tradition. Consider how Goldman viewed the role of the Jewish people:

In one respect the Jews are really a "chosen people." Not chosen by the grace of God, nor by their national peculiarities, which with every people, as well as with the Jews, merely prove national narrowness. They are "chosen" by a necessity, which has relieved them of many prejudices, a necessity which has prevented the development of many of those stupidities which has caused other nations great efforts to overcome.

Repeated persecution has put the stamp of sorrow on the Jews; they have grown big in their endurance, in their comprehension of human suffering, and in their sympathy with the struggles and longings of the human soul.

Driven from country to country, they avenged themselves by producing great thinkers, able theoreticians, heroic leaders of progress. All governments lament the fact that the Jewish people have contributed the bravest fighters to the armies for every liberating war of mankind.

I believe we are more than just a product of our historical formation. Spiritual values have led to our development. Consider the teaching of Maimonides (introduction to Pirkei Avot, chapter 1):

On the soul and its powers....You surely know that the development of our character traits is nothing but the healing of the soul and its powers. A physician who heals a physical body must first have general knowledge about the body and must be aware of the various elements of human anatomy. They must also know the causes of illness and should distance themselves from them, and know the various medications and apply them. Similar concepts apply with regard to one who desires to heal the soul and refine its character traits. They must first know the soul in all its dimensions and its elements, what causes its maladies, and what heals it...

We must cultivate our souls and do the necessary spiritual work to sustain our holy efforts to transform the world. The task is so great. We are not only charged to create a more just world for ourselves but even for our enemies. Consider the final sentence of a Thomas Paine essay written in 1795: "He that would make his own liberty secure, must guard even his enemy from oppression; for if he violates this duty, he established a precedent that will reach to himself." (Dissertation on the First Principles of Government).

H. L. Mencken (1880-1956) was an American satirist who delighted in poking fun at the "Bible Belt," a term he coined, whether at the Scopes Trial (where Clarence Darrow debated William Jennings Bryan on evolution and fundamentalism) or in his newspaper columns. However, while often considered an elitist, he could express sentiments similar to Paine. Consider this statement: "the trouble about fighting for human freedom is that you have to spend much of your life defending sons of bitches: for oppressive laws are always aimed at them originally, and oppression must be stopped in the beginning if it is to be stopped at all." (Critical Essays on H.L. Mencken). Interestingly, the conservative Mencken was instrumental in allowing the anarchist Emma Goldman to eventually return to America, a concrete example of acting in the spirit of his writing.

Alan M. Dershowitz, Felix Frankfurter Professor of Law at Harvard Law School and recipient of the William O. Douglas First Amendment Award by the Anti-Defamation League, has long been recognized as a leading champion of the First Amendment. Here is a sample of his eloquent defense: "I have criticized nations I admire -- such as the United States, Canada, Israel, Great Britain, Italy and France -- for censoring people I despise. And I have defended people I despise for attacking nations, institutions, and individuals I admire." (Taking the Stand 107)

All too often societies have seen those in different faith communities as inferior. Consider how former Chief Rabbi of the UK Jonathan Sacks addresses this:

One belief, more than any other (to quote a phrase of Isaiah Berlin's) is responsible for the slaughter of individuals on the altars of the great historical ideals. It is the belief that those who do not share my faith - or my race or my ideology - do not share my humanity. At best they are second-class citizens. At worst they forfeit the sanctity of life itself. They are the unsaved, the unbelievers, the infidel, the unredeemed; they stand outside the circle of salvation. If faith is what makes us human, then those who do not share my faith are less than fully human. From this equation flowed the Crusades, the Inquisition, the jihads, the pogroms, the blood of human sacrifice through the ages. From it -- substituting race for faith -- ultimately came the Holocaust (A letter in the scroll, 91).

Some only take care of those they love, but heroes look to the broader society as their playing field for social change. Some have pure motives to leave the world better than they found it. Others are concerned with legacy. As Erich Segal once put it, "Fear of death is universal. But what lies beneath that fear is the terror of insignificance. Of not being remembered, not counting." Regardless of where one chooses to make an impact, we all must at least commit to seeing the core humanity shared by all of us.

A primary role of the Torah is to change our basic desire. Consider this teaching from Avot d'Rebbe Natan:

Rabbi Hananiah, Deputy of the Priests, says: Anyone who places the words of Torah upon his heart [kol ha-noten dibrey torah 'al libbo] cancels [mebattelim] from it desires of a sword [hirhurey hereb], desires of hunger, desires of foolishness, desires of prostitution, desires of the bad yetzer, and desires of a bad wife, desires of meaningless words [debarim betelim], and desires of the yoke of flesh and blood. For thus it is written in the Book of Psalms by David, king of Israel, "The precepts of the Lord are upright, making happy the heart. The commandment of the Lord is pure, enlightening the eyes" (Ps. 19:9).

During yet another difficult period, let us remember our common, core humanity and resist the destructive efforts of those who actively seek destruction in a cynical effort to promote their own power. If we succeed, our spiritual and physical well-being will be the beneficiary.

Rabbi Dr. Shmuly Yanklowitz is the Executive Director of the Valley Beit Midrash, the Founder & President of Uri L'Tzedek, the Founder and CEO of The Shamayim V'Aretz Institute and the author of five books on Jewish ethics. Newsweek named Rav Shmuly one of the top 50 rabbis in America."