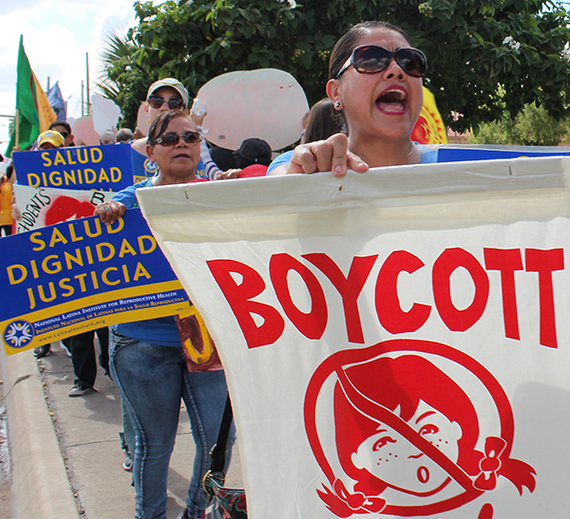 The arc of the moral universe is still ours to bend...

"The arc of the moral universe is long, but it bends towards justice."

We have had occasion to quote those words, attributed to Dr. Martin Luther King, many a time over the 25 years that we have been organizing here in Immokalee. The quotation reminds us that, though at times it might seem that progress has grown unbearably slow or even ground to a halt, it never truly stops, and that, when viewed from a sufficient distance, the trajectory of history bends only one way -- toward greater freedom and equality.

And indeed, in the case of the Campaign for Fair Food and the Fair Food Program to which it gave birth, those words have always rung true. Progress, though at times frustratingly slow, has never stopped. Change, in the form of expanding protections for farmworkers' fundamental human rights, has always moved forward, sometimes inching along the way, sometimes in leaps and bounds. 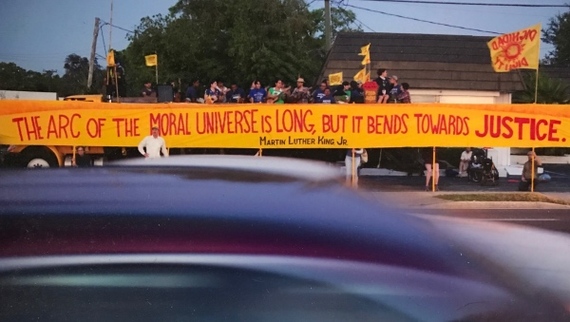 But today, many people may find their faith in that prophetic phrase shaken. Indeed, to many it may feel that our nation's better angels have failed us, that our country has turned back from its path toward justice, that recent events may have actually succeeded in twisting that majestic arc toward a time of lesser freedoms, of greater fear.

But nothing, in fact, has changed yet. Yes, a new president was elected. But presidents have never been the hand that bends the arc -- people, common everyday people, have. From the slave rebellions and the abolitionist movement of the 19th century, to the suffragettes and the civil rights movement of the 20th, people have fought and sacrificed to protect and expand our freedoms. While presidents, and other elected officials, have eventually embraced the moral high ground that emerged from those movements, they never led the charge. In the words of the late historian and activist Howard Zinn:

And even in this dark moment, we must remember that more people across the nation cast a vote for a vision of a more just and equal society than those who did not (marking just the fifth time in 240 years of US history that the candidate who won the popular vote lost the election).

In short, the arc of the moral universe is still ours to bend, and if the story of the Fair Food movement is any indication, bend it we will.

The Fair Food movement is fundamentally a human rights movement. Yes, it is about immigrant rights, but non-immigrants work in the fields too and they are every bit as exploited and abused as their immigrant brothers and sisters. And yes, it is about labor rights, but it is about women's rights as well, both in the fields and at home in the fight against domestic violence. It is even about consumers' rights, the right to demand that, in the 21st century, food corporations no longer turn a blind eye to abuses in their supply chains, but use the power of the market to help fix the poverty and exploitation that their purchasing policies have driven for so long. 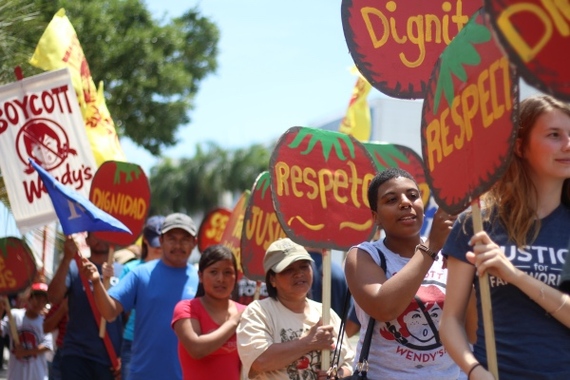 If we as Americans are to protect the fragile progress toward ever-greater social justice that we have made across the generations, we must fight together, in a broad and inclusive movement to protect our rights -- immigrant rights, women's rights, LGBTQ rights, civil rights, labor rights, our right to health care, our right to religious freedom, our right to a clean and sustainable environment, our right to a fair and equitable economy, and more -- our human rights. If each of those sectors faces the challenge alone, we will be weak, we will be on the defensive, and we may lose ground. Together, however, we can define the agenda, one that fosters a vision of universal human rights, and we can win.

America has given birth to many great movements across the centuries, from the fight against monarchy to the fight for universal civil rights. In this new century, perhaps it is time for a new American movement -- the American human rights movement.

If so, the Fair Food Nation will be there.

Co-founder of the Coalition of Immokalee Workers