This 6-minute video will completely change the way you look at the disabled.

It stars a 29-year-old man named Scott, who was diagnosed with cerebral palsy as a child. He can't talk, has difficulty walking and has limited mobility in his arms, according to a Thursday Reddit post by user ciscomd.

Despite this, he's unstoppable at the gym.

"People out there [who] have disability please dont be sorry for yourself," Scott says in the video through a speech assistance device. You'll see him bench press, lift weights, and even run on a treadmill.

The video, titled, "It just take me a little longer," has been viewed on YouTube more than 250,000 times -- and Reddit users have left over 1,000 comments about Scott's story. The post drew enough attention that ciscomd set up an "Ask Me Anything" post with Scott the next day.

In Friday's AMA, Scott shared the he may have a job offer as a result of the documentary, and he dreams of working with abused animals one day.

"This guy is a classic example of why people need to start seeing people with disabilities as people, rather than just seeing the disability," wrote user fetal-juice.

Last month, a 20-year-old with spinal muscular atrophy also inspired us with his unfailing positivity. His degenerative disease makes his future uncertain, but that doesn't keep him from smiling. 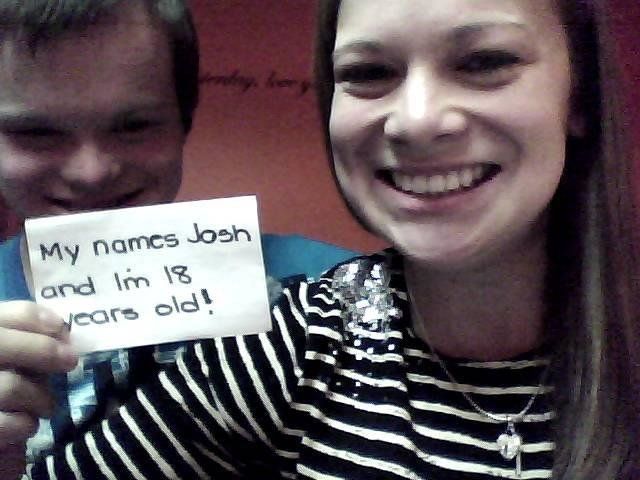