We might not know precisely how Stonehenge was built--or why it was built. But now we know the eating habits of the people who are believed to have completed the mysterious monument more than 4,500 years ago.

And what was it that these folks ate? Barbecue.

So say archaeologists who systematically examined animal bones and several hundred pottery shards unearthed at Durrington Walls, a Neolithic settlement a couple of miles down the road from Stonehenge. That's where the people who built Stonehenge are believed to have lived.

Traces of pork and beef, along with cheese and other dairy foods, were found on shards unearthed in Durrington Walls's residential areas, according to a written statement released by the University of York in England.

Shards found in nearby ceremonial areas showed mostly traces of dairy foods, according to the statement. That suggests those foods were eaten only by a select few individuals.

If Stonehenge's builders ate veggies too, there's little evidence of it. Mostly, the archaeologists say, folks were boiling and roasting the meat--pork, in particular--and then staging elaborate feasts. The cooking seems to have been done inside people's homes as well as outdoors.

And it seems the cooking and feasting were organized to a fare-thee-well.

"Evidence of food-sharing and activity-zoning at Durrington Walls shows a greater degree of culinary organization than was expected for this period of British prehistory," Dr. Oliver Craig, a reader in archaeological science at the university and the lead author of a paper about the new research published online Oct. 8, 2015 in the journal Antiquity, said in the statement. "The inhabitants and many visitors to this site possessed a shared understanding of how foods should be prepared, consumed, and disposed. This, together with evidence of feasting, suggests Durrington Walls was a well-organized working community."

Sounds like fun. And as Dr. Mike Parker Pearson, an archaeologist at University College London and the leader of the excavations at Durrington Walls, said in the statement, the animals that wound up on the spit came from all over Britain,

Not that they had much fun. 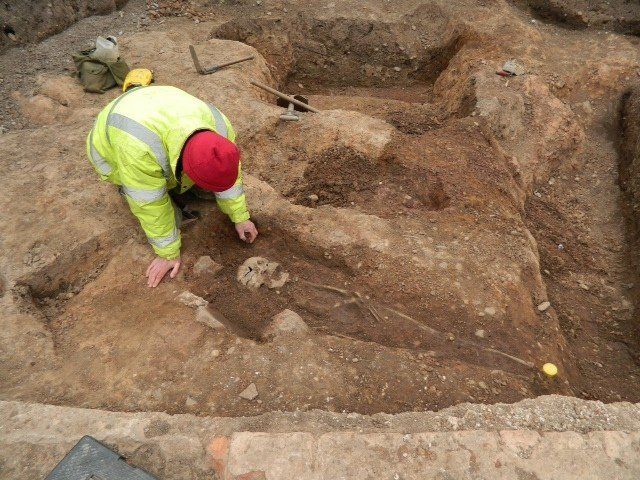