Tori Kelly sang it, you introduced me to it, and now it perfectly plays out our story. 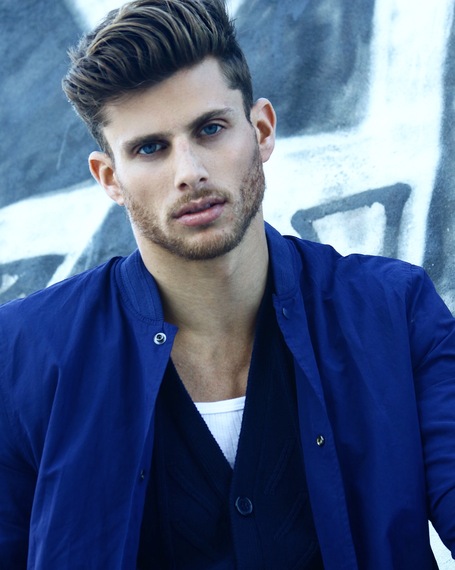 It's wild how her words perfectly prophesize our relationship. The title alone, "It Should've Been Us" dictates perfectly how I feel.

Sure, it's a song about love, frustration, breaking up, and it could relate to many couples' journeys, but it was our song.

An irony not lost on me, but an unfortunate one at that.

It all began on a holiday weekend, and like many New Yorkers we both decided to escape to the same remote location. A place with lots of history, and a place that truly is a world of its own. No cars, no cellphone service, no rules.

I had only been once a year ago to the date, and hadn't had the best experience, so needless to say I was somewhat hesitant to go back, but when your best friends rally, you rally as well.

I remember the first moment I saw you. It wasn't anything surreal, magical or time-stopping, but I remember it well.

Then as chance would have it, you ended up jogging past me on your morning run, and me being me decided to start a conversation. I screamed, "I think you dropped something," as you ran by fumbling with your headphones, and bam, I got your attention.

You hadn't actually dropped anything, but I saw a cute moment, and took advantage of the situation.

From that point on you would have a name, and not just be the cute guy I had seen on the journey to the destination.

I wouldn't know it at the time, but it was your birthday, and the beginning to something very sweet between to the two of us.

That same day, hours later we would bump into each other again.

Three times in one day. Coincidence, by chance, or completely random, I'm not sure. What I do know is that I will always look back on that day with the fondest of memories.

A boat ride, your morning run, and then an evening that would connect us in a way neither of us could expect.

I saw you from afar, then up close, and then all I saw was you.

An hour turned into one of the most memorable nights of my life, and a birthday I hope you never forget.

We talked, we kissed, we connected.

We hadn't planned on meeting, nor was I even looking, but apparently that's how it happens.

We didn't necessarily find love in a hopeless place, but we found something that had the possibility to turn into love.

You basically became my weekend boyfriend. You met my friends, I met yours and we spent most of our time together.

It was as if we had known each other for years, but as the story goes we didn't.

The weekend came to an end, and we said we'd see each other again back in our beloved New York City, and we did.

We actually saw each other a decent amount, and while summer romances are hard to keep alive, we did quite well.

We both traveled a fair bit, but still managed to keep in contact. Facetime, calls and texts helped us keep the spark burning.

But then something shifted. I felt it in a simple text, and it was apparent something wasn't working.

We had gone separate ways the Labor Day weekend, and while summer was coming to a close, so was our story.

We met up for dinner, and had "the talk." The one where you ask, where is this going? What are we doing? What do we want?

Nothing could be answered, and unfortunately that was answer enough for me. I didn't want it to be the end, but I knew it had to be the end.

However, in these type of situations an ending is never truly an ending, and we would continue to dance in circles, literally and metaphorically.

It's now been the same amount of time that we were together that we've been apart, and for some reason it hasn't felt resolved.

I think it's because we both really liked each other, and nothing was actually wrong, but you did tell me you have a tendency to overthink, and sure enough that's what happened.

You couldn't say it in words, but you said it in your eyes without you even knowing it.

I'm not even sure you know it, but I know that you love me.

To have someone look at you the way you looked at me is all anyone truly wants, but to continue on the path we were paving would continue to lead to heartache and disrespect, which are things I refuse to do to myself.

I wish things were different, but wishing just makes wishes.

I will always look back at the mornings filled with music, the nights filled with guitar, and everything in between with the thought that it should've been us.