Yara is a village in Uttar Pradesh, sixty-five kilometers southeast of the nearest city, Jhansi, and another six hours by train from New Delhi. Four years ago, its five hundred residents relied entirely on kerosene and a diesel generator for lighting and electricity. In 2012, the Indian and Norwegian governments introduced a plan to install a 25-kilowatt solar minigrid in the village. The goal was to generate clean, local electricity for Yara's sixty households and handful of small shops.

Remote villages that lack access to electricity are home to more than 300 million people in India alone, and nearly 1.3 billion people globally. In the context of a village, energy poverty - the lack of access to modern energy services - manifests itself as dependence on harmful fuels like kerosene, expensive diesel generators, or sporadic power from the central grid.

I recently joined a team of stakeholders to conduct an overall assessment of seven solar minigrids in the Bundelkhand region of Uttar Pradesh and Madhya Pradesh, which were jointly supported by India's Ministry of New and Renewable Energy (MNRE) and the Embassy of Norway from 2009 to 2012.

By September of this year, we found that most of the minigrids were no longer producing power.

After inspecting the hardware in all seven of the minigrids, one of the few trends that emerged among every one of them was the dismal condition of various system components. What was less consistent, however, was how they became that way.

In Yara, the batteries had fully drained too many times, essentially wearing them out long before their expected lifespan of five to seven years. Just like a car battery, fully depleting lead acid batteries means that they need to be replaced more frequently, increasing the cost of the project. Also like a car, batteries are an essential component of a minigrid because they allow customers to use electricity when there is demand, not just when the sun is shining. By the time we arrived, the system hadn't produced electricity in over six months.

The cause of the problem was clear. The minigrid was designed so that each household could power two lights and one fan. In addition to an upfront payment of two thousand rupees (around forty dollars at the time), customers pay a monthly fixed cost of around fifty rupees (about seventy-five cents) and a unit cost of four and a half rupees. Those payments were intended to cover the salary of locals who were hired to operate the system and collect villagers' payments.

Soon after the minigrid was built, households began to plug in additional appliances like irons, TVs, electric water heaters, and other high-power electronics. At the time of installation, the industry lacked smart meters to measure household energy consumption. The increasing customer demand caused the batteries to regularly discharge, decreasing reliability for the entire service area. As electricity became less reliable, customer payments declined to reflect the waning service.

A couple of years ago, the local NGO partner also organized a village focus group to further inquire about payment defaults and found that many villagers ceased making them when they realized that they could simply avoid payment without penalty. According to the NGO's director, there was often a sentiment of, "that person isn't paying, so why should I?"

It became a self-fulfilling burden: as payments dried up, so did the maintenance of the hardware, leading to issues like tampering and simple neglect.

The minigrid wasn't operating in the second village either. Here, the culprit was an accident and neglect; when explosives were used to build a nearby well, rocks from the blast shattered two of the panels. On the same array, shrubs had overgrown and shaded several more panels, blocking direct sunlight for most of the day. The minigrid produced less power than expected, and the self-perpetuating cycle continued: customers defaulted on payments, which eliminated the income and work of the person in charge of overseeing and reporting system issues. 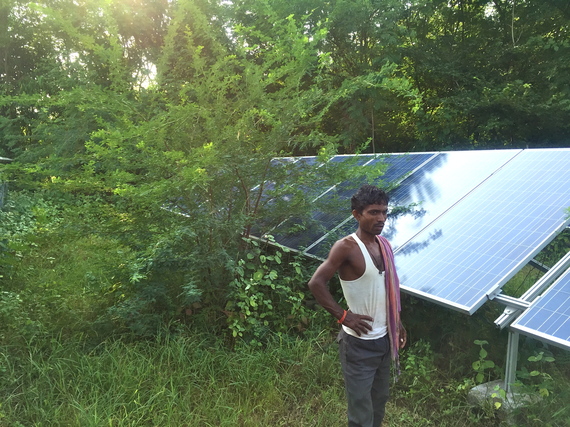 We observed unique versions of this pattern in each village we visited. In two villages, panels had been both stolen and damaged from accidents similar to the well explosion.

In the final village that we visited, the central grid was extended sometime during the previous year, connecting most households to government-subsidized power. In a scenario that plays out across rural India, government-provided electricity is practically free, albeit unreliable, and when there is even a rumor that it might arrive, villagers are understandably reluctant to pay the higher price of the minigrid's power. The possibility of grid connection also fuels the ingrained village perception that electricity should be free, which breeds a perennial distrust of companies seeking to sell electricity.

Technology developments in the last couple of years have helped counter a few of these challenges. The industry now has affordable mobile prepaid mechanisms and smart meters, which function like a prepaid cell phone and can address the issue of payment defaults and "free-loading". During a meeting following the inspection in Yara, villagers agreed that prepaid meters could help avoid problems that caused the minigrid's abysmal state in the first place. 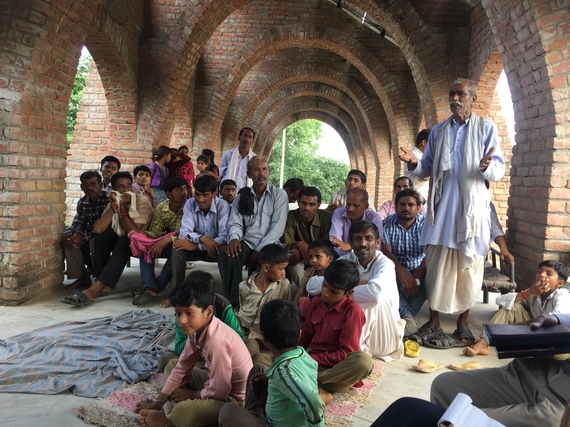 Still, many of the challenges that are unique to villages as electricity customers persist.

Technical management is one of the most critical. Training and employing local villagers to perform basic support is increasingly popular, but ongoing engagement, skill training, and a forum for questions and troubleshooting are limited to the regional support that companies can provide. There is also the risk that villagers seek employment in nearby cities once they're equipped with hard skills. Effective training programs essentially require significant time and consideration for village conditions, and collaborative solutions to various scenarios: how do you mitigate system damage without asking villagers not to build a well?

Stakeholders across India are exploring different ways to chisel away at costs and crack the off-grid energy market. As the industry moves forward on this frontier, it's becoming increasingly clear that the most successful business models seek to complement, rather than alter, how villages operate.