Sexual Assault Awareness Month is a call to action. It is a time when we ambitiously stand up and say, "I want to help end sexual violence."

With a problem of this magnitude, where does one person start?

This year's campaign focuses on college sexual assault, and the National Sexual Violence Resource Center asks everyone to take action to create safer campuses. These eight steps show how each of us can be involved in creating change. They aren't solely relevant to college campuses. This is a vision for creating safer environments everywhere. 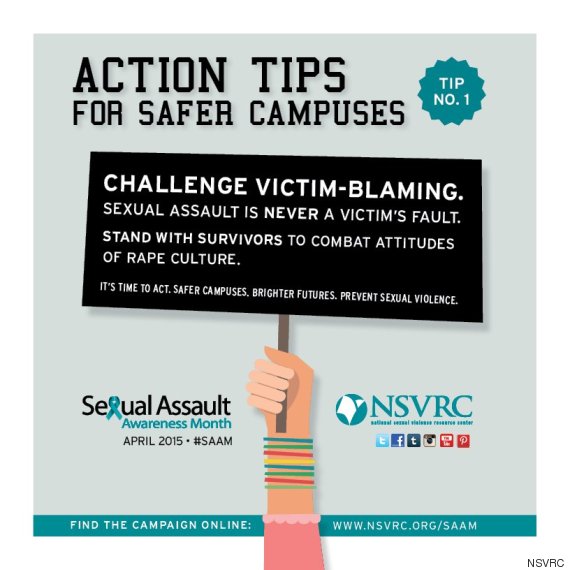 Sexual assault is never the fault of the victim. It does not matter what the victim was wearing or if the victim was drinking. Sex without consent is rape. It is a good general rule to go through life believing and supporting people who explain that they have been harmed. Survivors of sexual assault need to be listened to and believed.

Action Tip No. 2: Ask for consent 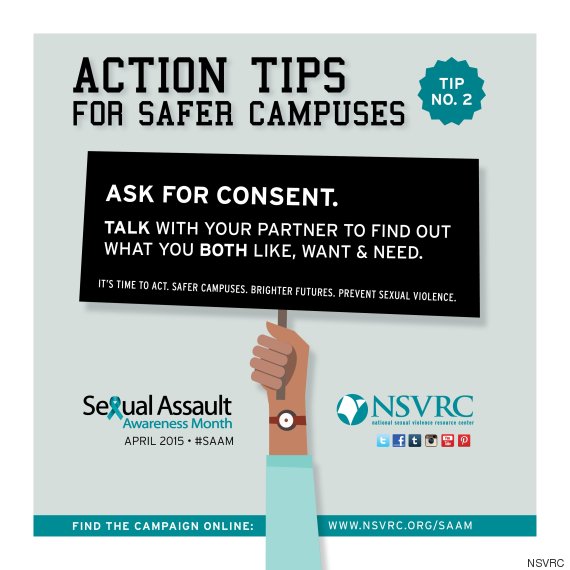 Healthy sexuality is rooted in respect. Consent is a clearly communicated, enthusiastic agreement. It does not involve coercion. Someone who is impacted by alcohol or other drugs cannot give consent. Just because someone has consented once does not mean that they consent to future sexual activity. Always be sure you have consent.

Action Tip No. 3: Think critically and speak up 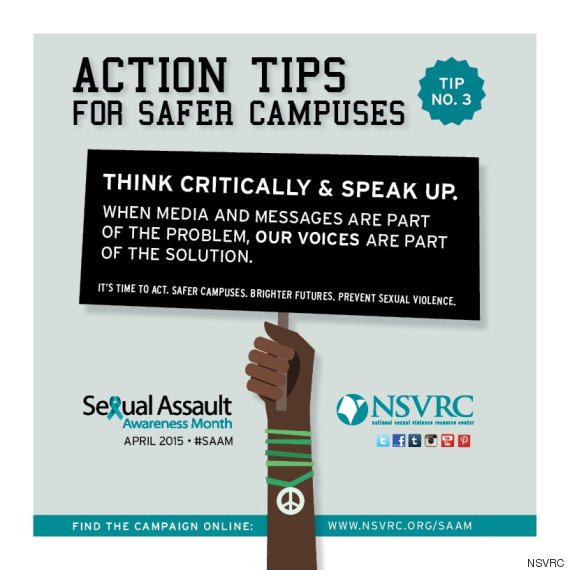 Some words and phrases commonly used in media coverage of sexual violence reinforce rape myths. For example, when a teacher sexually assaults a student, it is not a "sex scandal"; it's sexual assault. When high-profile individuals are found guilty of sexual violence, it is not helpful for media to talk about how their promising futures have been ruined. After all, they are the ones who made an active choice to harm another person. This misinformation spreads harmful attitudes about sexual violence and contributes to a culture in which sexual violence thrives.

Action Tip No. 4: Say no to gender stereotypes 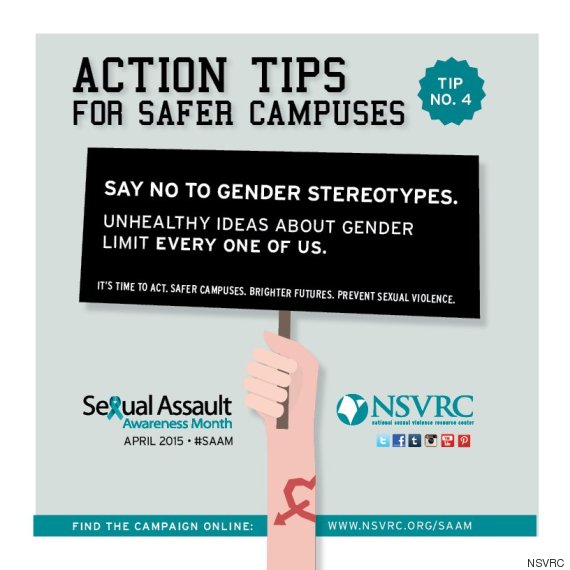 There are connections between gender stereotypes and sexual violence. Our culture sends harmful messages about what it means to be a "real" man or woman, and these messages can impact the way people are viewed and treated. This kind of messaging also fails to acknowledge many other gender identities, effectively erasing from the conversation people who don't conform to society's gender standards.

Action Tip No. 5: Get involved and take action 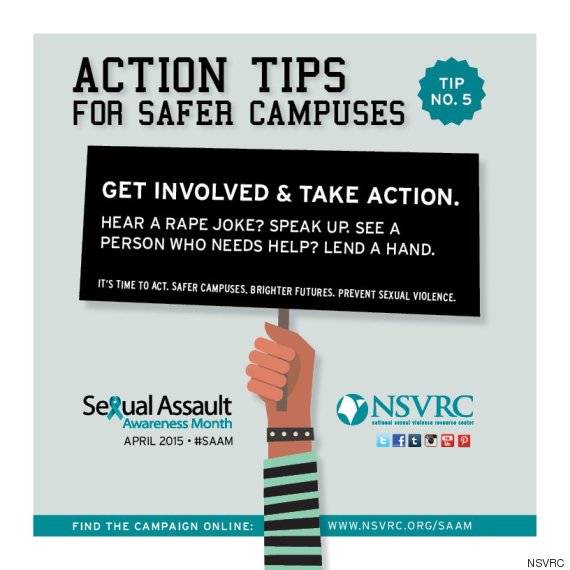 Engaged bystanders can prevent sexual violence. Together, we can interrupt harmful attitudes and behaviors before they have an opportunity to escalate into violence. Each of us can model the change we want to see and promote healthy, respectful relationships. 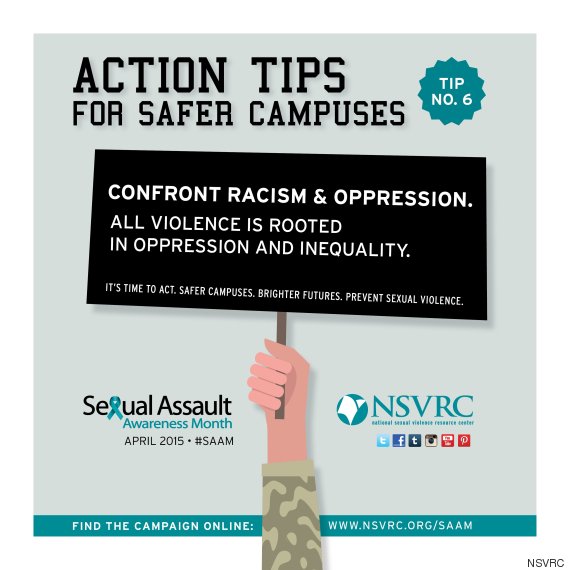 Equality is not the reality in our society. Sexual violence is rooted in power inequities and is connected to all forms of oppression. To address sexual violence, we also must commit to standing up against racism, sexism, classism, etc. We need to send a strong message that it isn't OK when others aren't treated with dignity and respect.

Action Tip No. 7: Work together 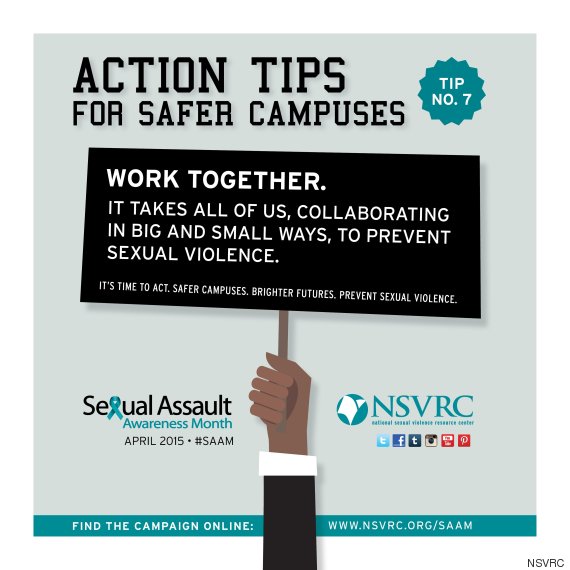 Action Tip No. 8: Know your rights 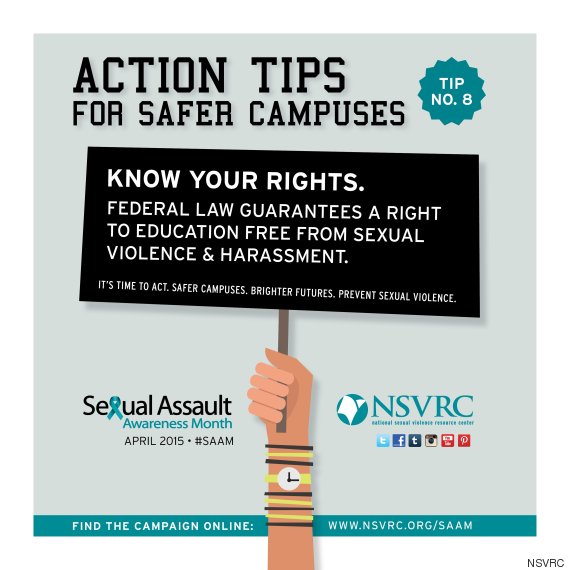 Title IX, the Clery Act and the Campus Sexual Violence Elimination Act (SaVE) provide provisions to ensure that every student has access to an educational experience that is free from harm. These laws hold universities accountable to protect students and offer accommodations and support.

Preventing sexual violence takes all of us, working together in big and small ways to create a culture of safety and respect on college campuses and beyond. It's time to act.