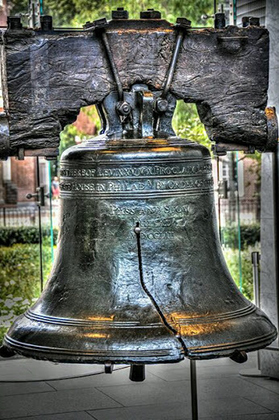 No man is an island,
Entire of itself.
Each is a piece of the continent,
A part of the main...

Each man's death diminishes me,
For I am involved in mankind.
Therefore, send not to know
For whom the bell tolls,
It tolls for thee.

John Donne captured in his famous poem made more so by Ernest Hemmingway in novel form, For Whom the Bell Tolls, the matter of life and death, and in essence the grave responsibility that comes with being human - a human being.

Do you hear the cries from the graves of our forefathers? For we are in dangerous times indeed. And only the fate of a nation is at stake.

Rise up. Rise up, America! Take up arms! But not those that claim their victims by such means. Rise up, armed with the power invested in you by a band of courageous men some two hundred years ago. Rise up, and ensure that no one, whether draped in red or blue, elephant or donkey, who hides behind the lesser meaning of the Constitution of a nation be given the mantle of any office, of, by and for the people.

The latest terrorist act (and yes, we need to call it what it is) in Colorado is not a freedom of expression as provided by a constitution that binds together a people under a set of ideals. It is an act of war upon the values, the privilege of what it means to be an American; to be anyone who rings the bell for freedom.

In case no one has taken notice, democracy is under attack. What it means to be free is being challenged, judged even, across the world. People are giving their lives, sacrificing their physical presence on this planet, to acquire this thing, this notion of freedom. And what are we doing with such a notion if not wrapping it in red, white and blue - and mainly red these days - and by such, burying it alongside those who gave their own blood so that ours would run free.

Free! Free to be. But to be what? And in which direction do we run when provided such privilege.

Do we run toward? A freedom to? Do we run away? A freedom from? Or do we move upward, and rise to a new level -- and definition -- of what it means to be, and to be free?

Republican leaders run their mouths, and people die. And these are candidates, running for office, for the highest office one can attain in free society. They run their mouths, with no sense for what is 'common' sense, common decency -- and people act upon such a staged act and behavior.

And Democrats sit. They sit, and do not show. They do not show the Jeffersons, Lincolns, Kings of an American history sown with sacrifice the decency, the gratitude by rising up and stepping forward, to vote a greater consciousness for an America still awaiting its 'dream' state.

For the operative word here is "we." And the collection of people made American by a collection of heroes who fought the battle for "one nation, under God, indivisible, with liberty and justice for all" are in a fight -- a battle for survival. And we are being watched, by others; others who are in a battle of their own. 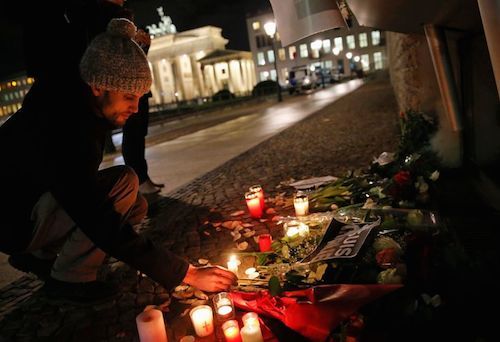 The world is at war. The battle lines are drawn. It is a fight for freedom, for an expression of what is right and true for human existence on this planet. Fear has played its hand. And all bets are in. IS and their band of less-than-brotherly followers are being sewn together as yet another fabric of ignorance. And the thread is provided by none other than us.

Oregon. Colorado. Charleston. Chicago. Is this what the world is fighting for? Is this what the sacrifices on 9/11 and as recent as Paris were for? So that free men may take up arms against another, upon the very streets where 'freedom rings?' Again, and again, while Americans sit idly by and pretend that we have no other choice.

We have a choice. We have a voice. And it was empowered upon us the right to choose. It is called the vote. And it is an act greater than the one being shown us on the debate stage these days, by those who are just actors, pretenders to the throne of what true statesmanship is all about.

These emperors have no clothes at all. And it is time we disrobe them of such privilege as to govern.

So get out. Get out in mass. Get out in voice; until your throat is sore from saying no more, no more -- no more!

And when it's time, get out and vote. Vote out this nonsense with our most common sense: that we are one nation, deserving of the privilege of being free - responsibly so.

"A republic, madame -- if you can keep it." Ben Franklin's words were never more true. 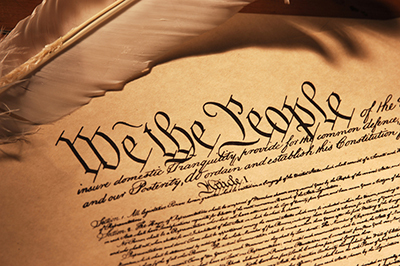