Well, they say to make art for yourself.

I started writing Something Terrible a little over a year ago, after a conversation with my friend, Ben, in which I offered my own secret origin to explain my dislike of crazy/broken depictions of Batman. I feel like Bruce Wayne would've gone crazy if he hadn't become a bat. He needed an outlet for his pain. He had only a child's solution to an unsolvable problem: He became a superhero. 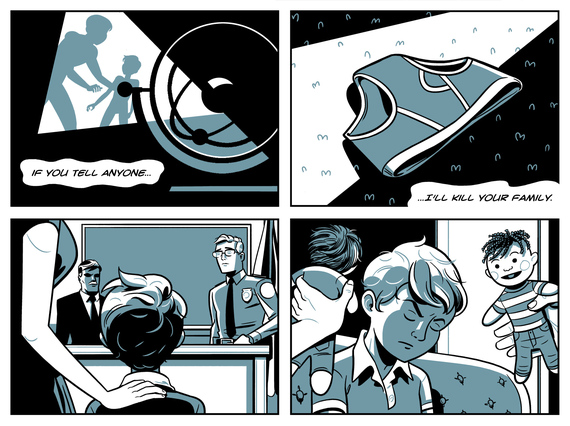 In 1986, my world was broken by two criminals, my biological father, who abandoned his family, like his father had, and a teenager who threatened me with a gun and raped me for three days. Luckily for me, and his six other victims, my incredible mom figured out what happened and made sure he was prosecuted. After the police, the confession, the psychologists, and being assured that my attacker couldn't follow through on his threats, I was sent back to school. I was in the darkness alone for years, until the last week of fifth grade, when the teachers let us watch the 1989 Batman movie. 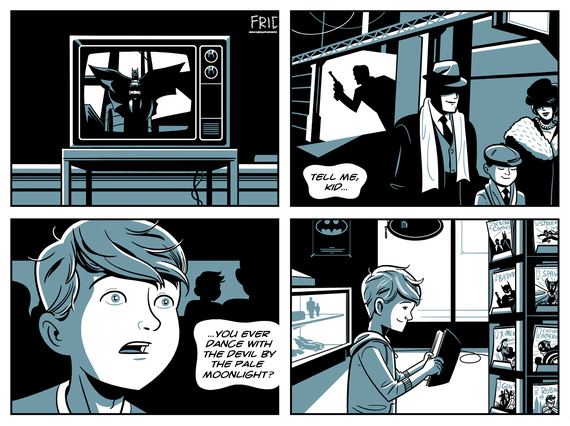 I'd liked Batman as much as the next kid, watching Super Friends and the Adam West show whenever I could, but I'd never seen his origin story. When Michael Keaton flashed back to his childhood trauma, it struck a chord in me that I didn't fully understand at the time. But I think it was the simple message of all good superhero stories: You are who you choose to be. It's not what happens to you that makes you who you are, but what you choose to do with it. I bought my first Batman comic a few weeks later. It's hard to overstate the effect that classroom movie day had on my life. 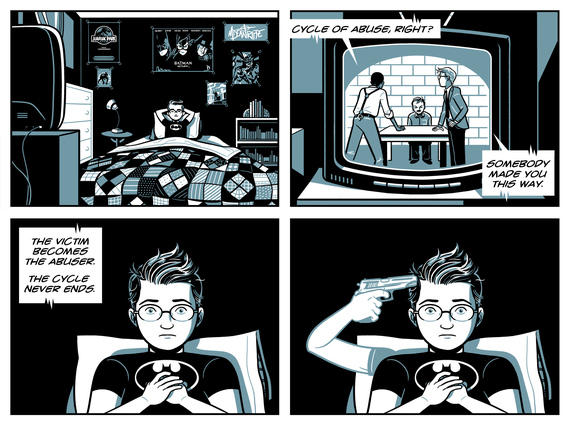 As I grew older, always interested in criminal justice, I watched a ton of cop shows. I was especially interested in any episodes dealing with child molesters, but was horrified to hear, over and over again, that they were apparently just former victims inflicting the crimes of their own attackers upon newer, younger innocents. Like my father had, when he carried on the family tradition of leaving your son when he's five. I swore to take my own life if I ever had sexual thoughts about children.

My own history had made me someone who MUST protect children... even if that meant from myself.

It's horrible, living in fear that there's something terrible inside you, like you might be some secret monster, requiring constant vigilance lest the beast be unleashed. in the '90s, the misconception of the cycle of violence had infected public consciousness. Almost every police procedural I've ever seen deal with the subject, to this day, has perpetuated it. 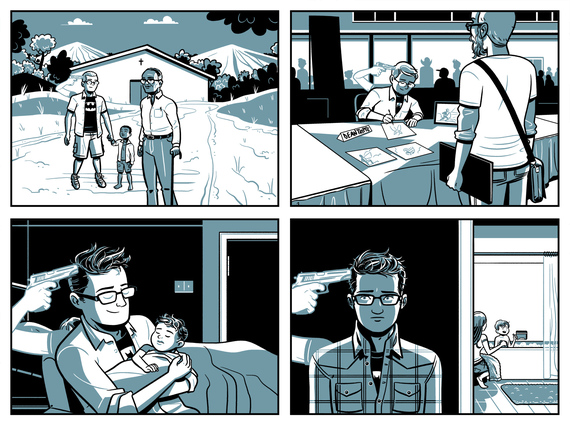 I lived my entire life wanting to be a father, to break the chain of abandonment in my family tree, but also fear of having a son, in case I was hopelessly corrupted by my childhood experiences. I prayed for a daughter. Having two awesome sisters predisposed me to thinking that would be better. I ended up having the best and brightest son in the world, but I avoided changing diapers or helping with bath time. His mother knew about my history, but I don't think my precautions helped our already doomed relationship. 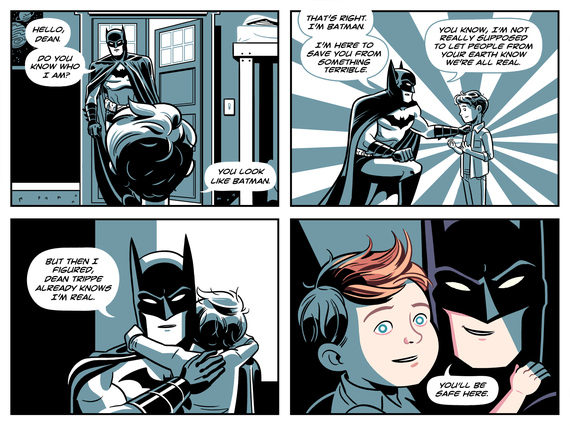 I drew the first version of the rescue scene in this story a few years ago, after getting over the fear that I might accidentally rewrite time by inviting the heroes of other universes into ours. Look, I don't mess with time travel. My son's the best thing to ever happen to me, and I wouldn't change a second of my life to not have him here. But the day I drew the first pencil sketch of Batman putting his arm around six-year-old me, I was changed. Of course he came to save me. 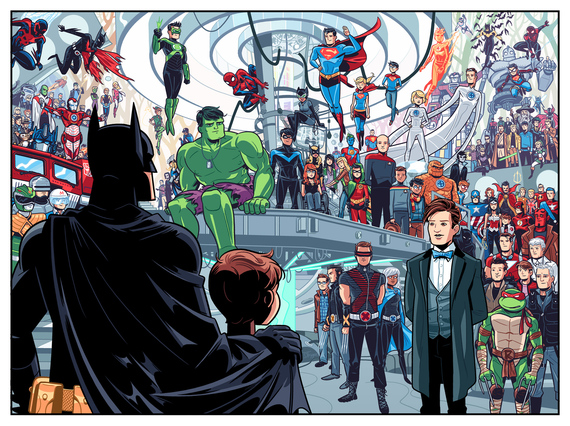 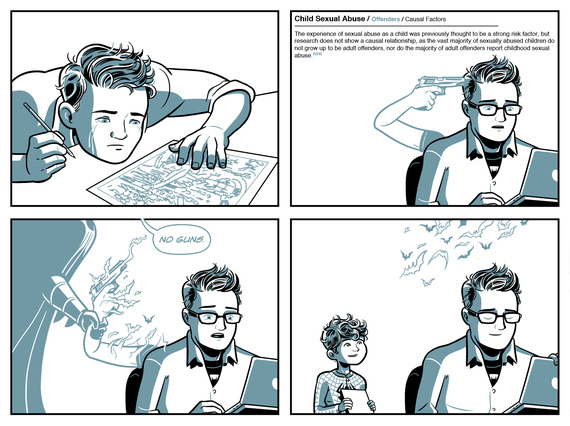 That night, I was reading about child sexual abuse on Wikipedia and was stunned to discover that not only didn't most victims become offenders (of course not, the stats are too horrifyingly high for that to be true), but most offenders weren't even victims! I was set free. I was finally able to put down the invisible gun I'd kept aimed at my head since I was a child. If you're an adult survivor of child sexual abuse, I made this comic just to let you know there's not something terrible lurking inside you.

Over the last few years, I found out a lot of things I didn't know about the two crimes that defined my life. I found out my biological father was alive, with a history of abandoning families, spending his years in and out of jail. I found out my rapist's name, and that he's currently incarcerated for driving drunk the wrong way down a median road, with a kid in the car. I guess it's pretty ideal that he's behind bars.

I also learned that my mom had started dating my new dad when this happened, and it was all she could do to keep him from killing the guy. My mom's name is Sarah Trippe, and she's the strongest person I have ever met. My adoptive dad, Charlton Trippe, has always had my back and believed in me. The real heroes of my life are my parents. Batman was a good substitute for a kid to understand.

I was in the darkness. The story of Batman helped me realize I could wrap it around my arms like a security blanket. Or a cape. The yellow symbol on my chest was my light defended by a black creature more powerful than anything crime could throw at me. A creature of the night, something terrible. A bat. And eventually, I brought Batman to our world in a comic, and somehow it really did change my story.

Thanks for reading about it.

The full version of "Something Terrible" is available now as a DRM-free download for $0.99, and is running for free as a weekly webcomic at http://tencentticker.com/somethingterrible.