People thinking about the mountain of work ahead of them.

Or the exact location of Kit Harington.

I can't stop thinking about her. About Friday night.

I hooked up (twice) with Miss Piggy over the weekend. It's the happiest I've been in years. And sure, she's a pig. But she does people things, like acting in movies and getting jealous. She's obviously not a pig like the pigs we eat. I mean, last I checked, people wear dresses and karate-chop their enemies. So, no, I don't feel bad for taking a pig out for adult drinks.

The only thing that makes me feel bad is that Miss Piggy thinks it was a harmless hook-up. And that she's still hung up on her frog ex-boyfriend, Kermit. I have to deal with that. I'm not mad. Just disappointed.

I've just never been a rebound. I'm usually the boyfriend. Or whatever it's called when you get nothing and you just go home to watch "Seinfeld."

Miss Piggy and I had been texting a lot toward the end of her breakup. I'm not proud of secretly flirting with a pig-woman with a boyfriend, but I never met Kermit so I didn't care about his feelings. If I'm being totally honest, I think Kermit's a coward and a loser and I was happy to take his girl. He's obviously not good enough for Miss Piggy and he has no problem parading his younger pig around even though he knows it hurts Miss Piggy. Asshole tries to pretend like that's an OK thing to do and he's just this neurotic sweetheart. He's not. And if I had it my way, Kermit would get eaten by a snake.

Anyway, Miss Piggy was feeling vulnerable about Kermit moving on so fast. So we met up at Night of Joy in Brooklyn. Great cocktails. Never gets crowded. Groovy tunes.

We had many tequilas and eventually started talking about whether this new pig, Denise, was hotter than Miss Piggy. I assured her that Denise is hot garbage. I told Miss Piggy, "You're a catch! Any guy would be down to clown any time you wanted!" I told her that I totally would. I told her I think about it all the time. In the shower. On dates with other people. Most of the time, really. I told Miss Piggy that when I need a reason to get out of bed in the morning, I think about what it would be like to have sex with her on a hammock on Muppet Treasure Island.

That's when I knew I had probably weirded her out.

Maybe it was the sexy lighting. Maybe the Cuervo. But instead of storming out, she put her hoof on my hand and gently rolled it around. It's hard for pigs to hold things like people. Then she nudged her hoof underneath my hand. I looked up and we locked eyes.

Friendship be DAMNED! We Uber'd it back to my place. Out of respect for Miss Piggy, I wont go into too much detail about what happened next. But I will say this: I'm never having sex with a human woman again.

The next morning, I woke up to her staring in my eyes. Then we had sex again (for way longer).

Then I got up to shower, discovering she had left my place when I returned from the bathroom.

We haven't spoken since.

Realistically, it wasn't going to work for many reasons. She's a cultural icon, and I'm just a comedy writer for The Huffington Post. Another big reason is that Miss Piggy is actually a pig-puppet controlled by a human person that I've never exchanged words with. Not a talking pig. I think I should've said that earlier. That's a huge element to this story that deserves a lot more attention. It's the main reason, actually. And it makes a lot more sense than me falling for a talking pig. A lot of expensive equipment was stolen from my apartment and I know that Miss Piggy couldn't lift it by herself. I assume it was the person who was controlling the Miss Piggy puppet. I guess I let all this happen because I wanted to believe that Miss Piggy was a real person who had feelings for me. I'm so embarrassed that I bought $55 dollars worth of drinks for a random person with their hand inside an expensive sock.

Well, I guess that's just what I get for falling in love. If I've learned anything from this experience, it's this: You love what you love -- not what loves you back.

If you've ever been made a rebound, please leave your experience in the comments. As always, I promise to respond to each and every one of them. You're not alone.

It Wasn't Just A Hookup To Me, Miss Piggy
11 Photos Every Dating Profile Must Include 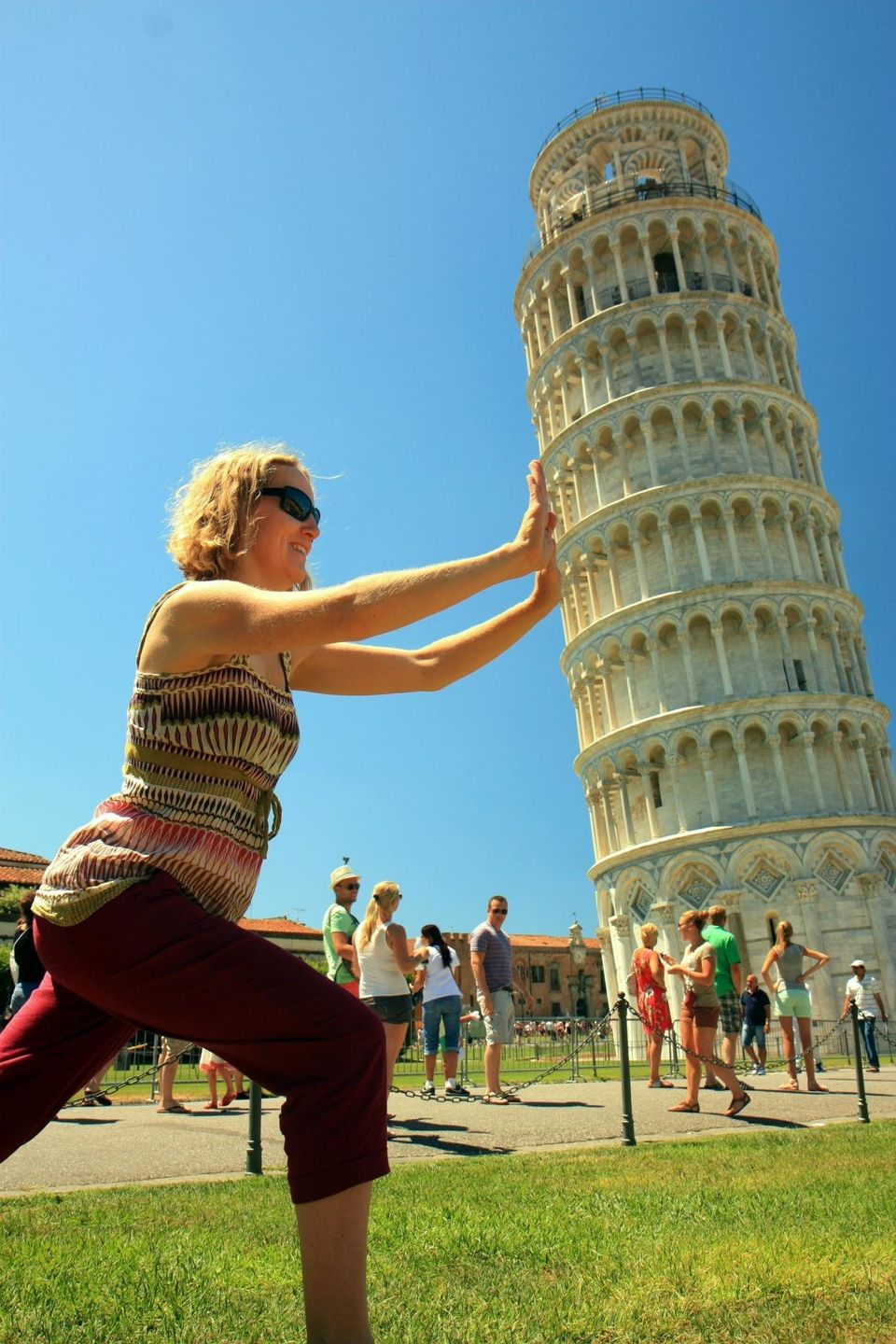