Brad Pitt has a small role in "12 Years A Slave," appearing toward the end of the harrowing film as a Canadian man who helps facilitate the release of the enslaved lead character, Solomon Northup. Played by Chiwetel Ejiofor, Northup appears in almost every scene in Steve McQueen's film, and it's his journey into hell that is chronicled in "12 Years A Slave." Not that anyone would guess that if they only saw the film's Italian poster.

As first posted by Tumblr user Carefree Black Girl, and picked up on Twitter and other social media sites, the Italian "12 Years A Slave" poster makes Pitt, a producer on the film, the focal point, with Ejiofor relegated to secondary status in the lower portion of the artwork.

Please tell me this is a photoshop joke and not the actual Italian poster for 12 YEARS A SLAVE #ItsAJokeRight #Cause pic.twitter.com/x3C2oyGF6v

As BuzzFeed pointed out, other "12 Years A Slave" posters in Italy also prominently feature co-star Michael Fassbender, who plays an amoral slave owner in the film. (A Flickr gallery of the images can be found here.)

HuffPost Entertainment contacted "12 Years A Slave" U.S. distributor Fox Searchlight, as well as Italian distributor BIM, to see if either company could confirm the legitimacy of the poster.

UPDATE: In a statement to Variety, Lionsgate, which is handling the marketing for "12 Years A Slave" in international territories through Summit Entertainment, called the posters "unauthorized" and "not approved" by the film's producers. The studio vowed to recall the controversial artwork. More on this can be found at Variety.

Fox Searchlight, for its part, has a much better handle on how to market the Oscar favorite to audiences. 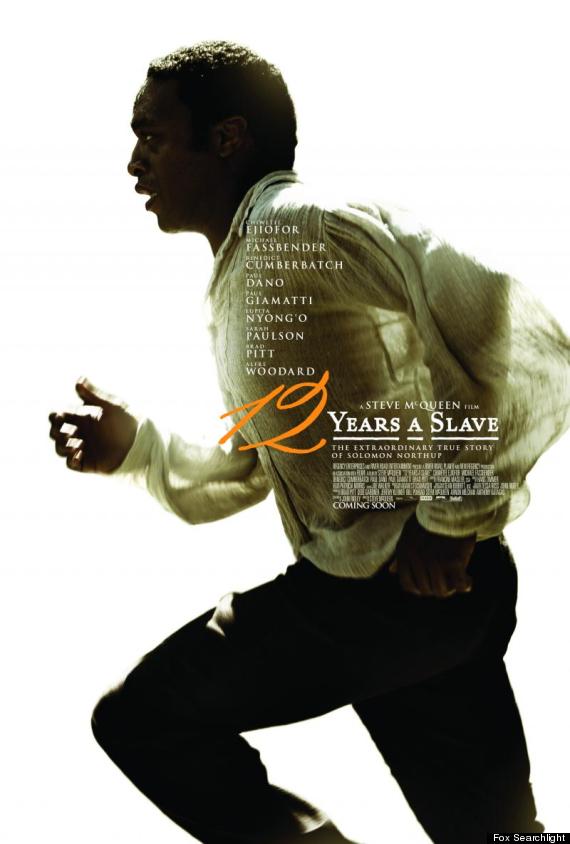