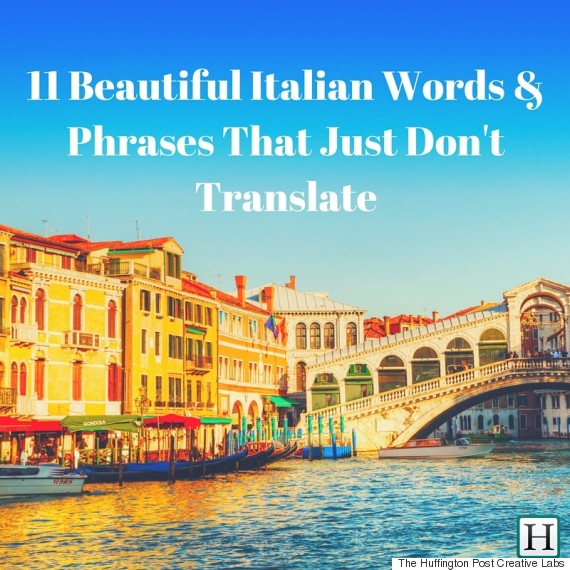 Italy is indisputably a land of beautiful things: beautiful landscapes, cities, cuisine, fashion and people. It’s also home to a beautiful language -- a language after our own heart that celebrates adventure, the art of treating yourself and, of course, mind-blowingly delicious food.

Italian is full of words and phrases that don’t have a match in English, but oh, don’t we wish they did. While we’re fumbling to describe our exhaustion after eating an incredible meal (“food coma” just doesn’t cut it), Italians have already moved on from the conversation to naptime thanks to their way with words. Hungry to learn from this profound poetry, we teamed up with Sanpellegrino® Sparkling Fruit Beverages to round up our favorite untranslatable Italian terms and sayings (other than the word cannoli, which obviously trumps all). 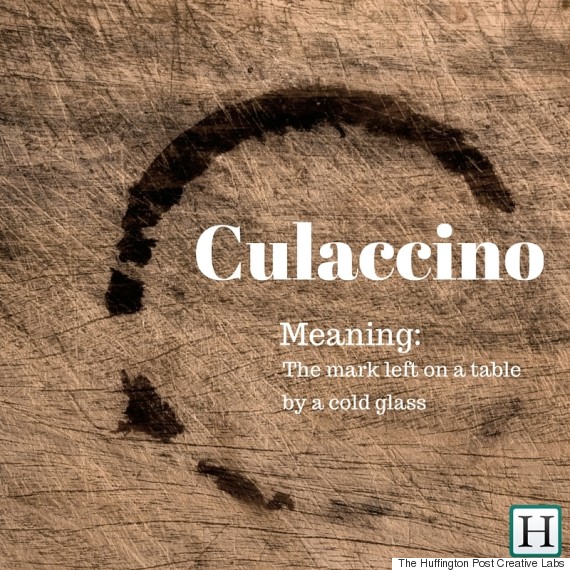 We English speakers have tried our best to describe this phenomenon with the phrase “water mark,” but Italians have had this term on lock for quite some time. Whispering the word culaccino makes us want to sit back, relax and sip an ice-cold drink on a hot, lazy day -- and then we remember that it’s fall, and we want to hop on a plane ASAP. 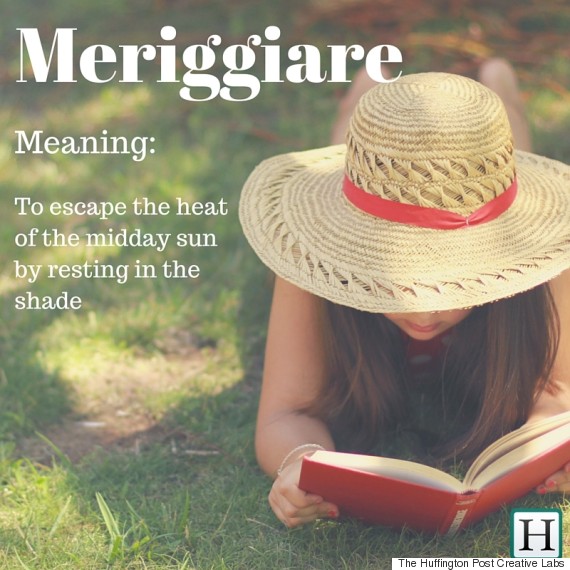 In case your lust for sunshine wasn’t strong enough, this Italian word will get you daydreaming about the long days of summer all over again. Meriggiare, which essentially means “to escape the heat of the midday sun by resting in the shade,” is the answer to all of our leisure wishes. Book optional, relaxation required. 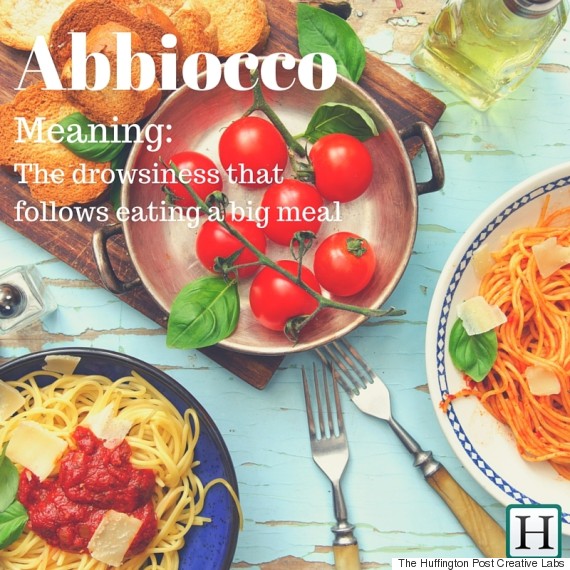 The next time you’re feeling the need for sleep after indulging in some filling food, blame abbiocco, the drowsiness that follows eating a big meal. Let’s be honest; the phrase “food coma” is way too dramatic for what’s really going on here, and that’s why the Italians -- who are no stranger to hearty meals -- have bested us with this quality word. 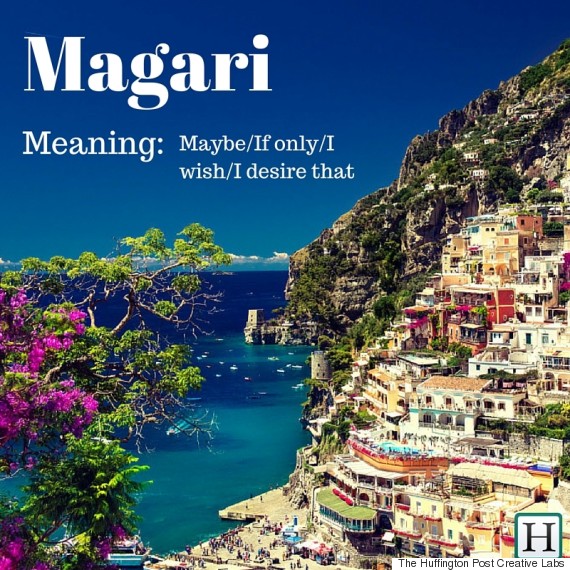 The exact meaning of magari depends on whom you ask and how you say it. Magari roughly translates to “maybe” in English, but there’s a lot more behind the intonation. When said as an exclamation (Magari!), the word moves closer to “If only!” or “I wish!”. Basically, it means that you don’t think something is likely to happen (like, say, that Amalfi Coast adventure you’ve been daydreaming about), but boy, do you hope it will. 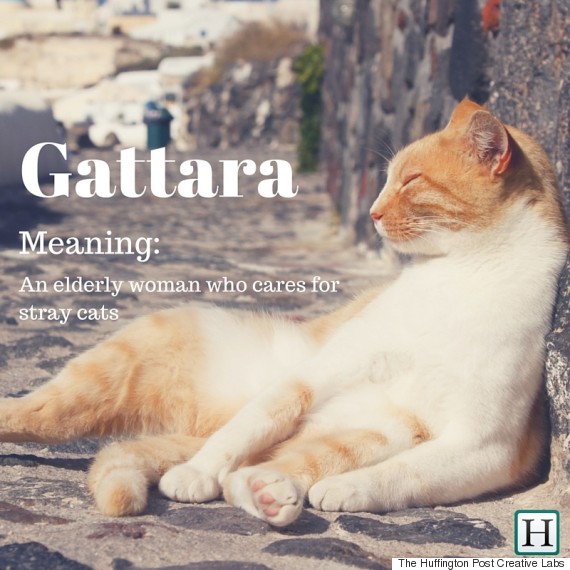 Cat lovers, this one’s for you! The Italians have a special word for elderly women who care for stray cats: gattara. The European cousin of our very own “cat lady” moniker, the gattara doesn’t confine herself to caring for cats at home; she devotes much of her time to feeding and caring for cats that live in the streets. Think Pigeon Lady in “Home Alone 2,” but with furry felines. 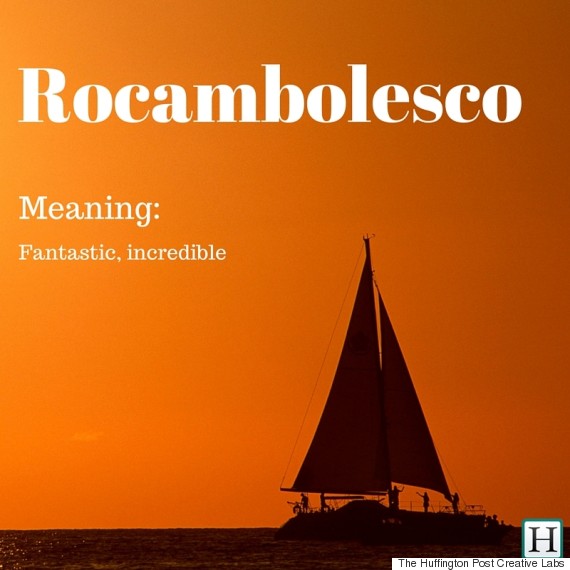 If you’re a fan of the French language then you might already know the story behind the Italian rocambolesco, which roughly translates to “fantastic” and “incredible” (as in fantastical adventures). In the 19th century, French writer Pierre Alexis Ponson du Terrail dreamed up the character Rocambole -- a swashbuckling adventurer who inspired the French word rocambolesque and, by extension, the Italian rocambolesco. Equal parts epic, exciting and gripping, rocambolesco experiences are the kind you’ll tell your grandkids about one day. 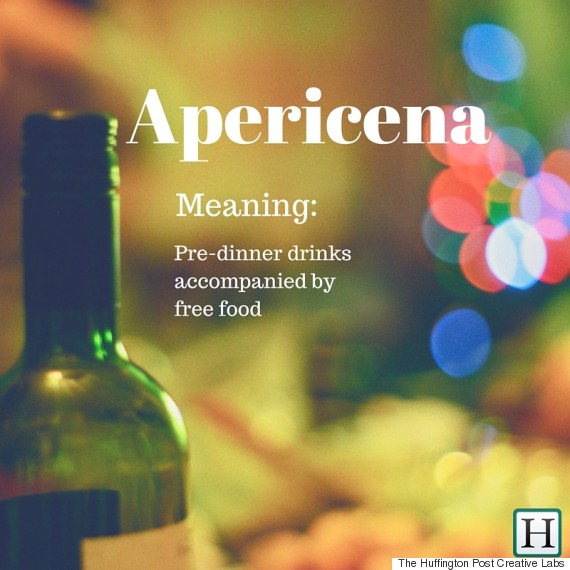 It’s no secret that Italians love their food -- and with good reason. They also love a good wine, too, and when you put them together … well, let’s just say that Italy’s pre-dinner drinks and snacks are just plain magic. And thus, apericena was born: a combination of aperitivo (“pre-dinner drink”) and cena (“dinner”). Apericena is a lot like Spanish tapas; you purchase a drink or two and enjoy some small plates that come with the alcohol, free of charge. Yes, free. 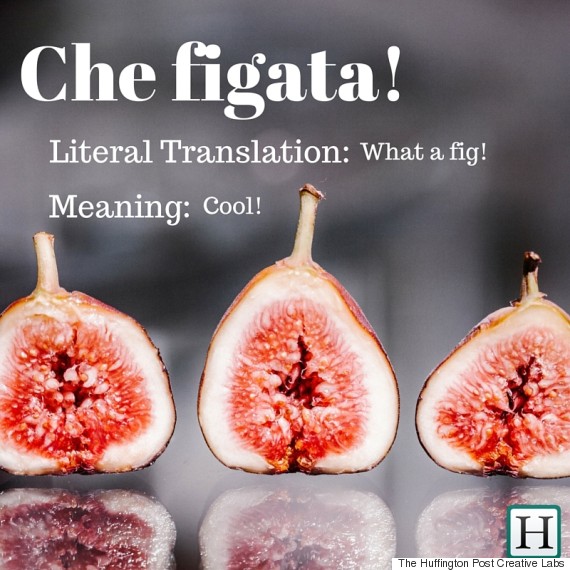 It should come as no surprise that many of Italy’s most popular expressions involve -- you guessed it -- food. Che figata! is a prime example. Sure, the expression essentially means “cool!”. But if you pulled out a dictionary (or -- let’s be real -- looked it up online), you’d find that “What a fig!” is the exact translation. Try professing your love of figs the next time you’re amped about something and see what happens. Chances are you’ll get a lot of weird looks, but you’ll never know until you try. 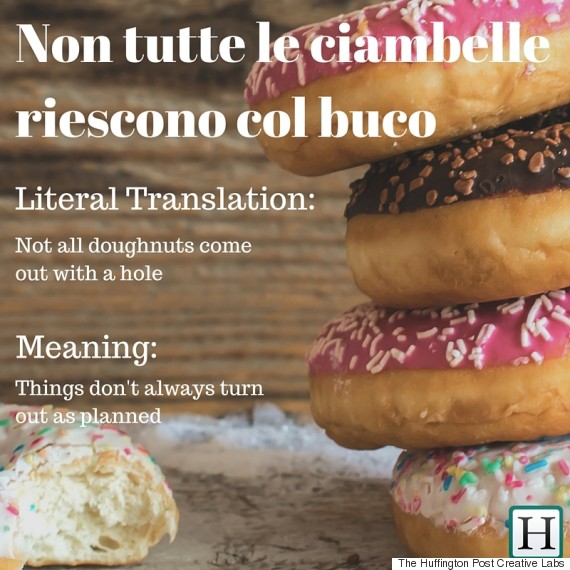 Isn’t it great when life advice is framed in pastry speak? It makes those hard-to-hear words of wisdom a little easier to stomach. The same could be said for the classic Italian expression Non tutte le ciambelle riescono col buco, or “Not all doughnuts come out with a hole.” Sure, you might expect them to, but that’s not the way the world -- or the pastry shop -- works. Things don’t always turn out as planned. But hey, enjoy your doughnut. 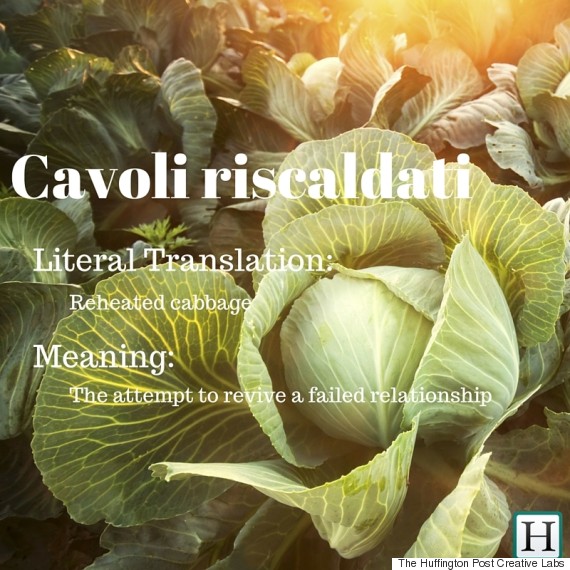 It may not be as delicious or crave-worthy as a doughnut, but cabbage is no less important to the Italians when it comes to describing funny phenomena in life. Cavoli riscaldati, or “reheated cabbage,” is a phrase that speaks to the attempt to revive a failed relationship, be it romantic or friendly. Like once-cooked greens, your relationship has already wilted -- and turning on the heat again will never bring back that freshness you’ve lost. (Same idea behind the similar Italian expression, minestra riscaldata, or reheated soup.) Plus it probably smells funky. 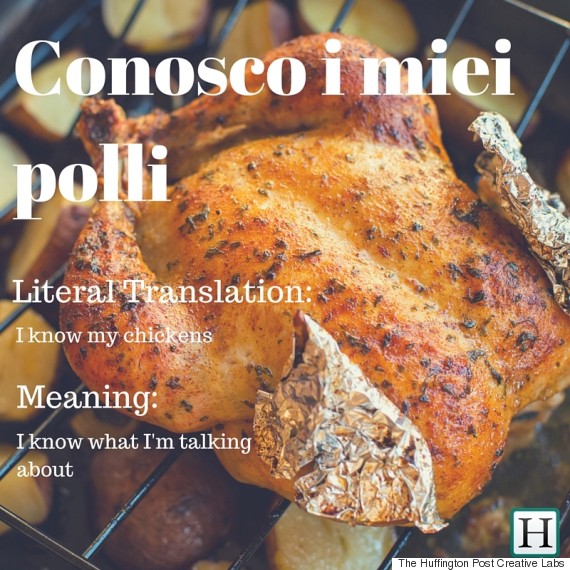 It should come as no surprise by now that yes, chickens, too, have their place in Italian expressions. Conosco i miei polli, or literally “I know my chickens,” actually means "I know who I'm dealing with" or “I know what I’m talking about.” No doubt uttered countless times over the years by Italians who had absolutely mastered the art of cooking poultry and resented those who questioned them, this expression has long since evolved to apply to topics both in and outside of the kitchen. So the next time someone asks you if you really know what “offsides” means in football, if you’re really quoting Proust correctly or if you truly know the person you're dealing with, gently (or not-so-gently) remind your inquisitor that you know your chickens.

Life is full of indescribable surprises. Don’t forget to savor the flavors around you and enjoy every one of life’s sweet moments. With delicious citrus flavors like Limonata, Clementina and Aranciata Rossa, Sanpellegrino® Sparkling Fruit Beverages capture the joy, freshness and zest of adventure. Life is deliziosa -- so take a sip and enjoy.