After Ireland legalized same-sex marriage in a historic referendum this past Saturday, Italy is now the only nation in Western Europe that doesn't recognize either same-sex marriages or civil unions.

Following the Irish vote, some in the socially conservative, largely Catholic country are reviving their calls for change. Members of Prime Minister Matteo Renzi's ruling Democratic Union Party this week renewed their push for legislation that would legalize civil unions. Party leader Roberto Speranza called the Irish vote a "joy," adding that "now it is Italy's turn." And the speaker of Italy's Chamber of Deputies, Laura Boldrini, tweeted a supportive message on the day of the referendum that translates to "being European means recognizing rights."

Public opinion polls have also indicated a progressive shift in recent years. A 2013 poll showed that a vast majority of Italians favors some form of legalized same-sex union, and an October 2014 survey by Demos showed that, for the first time, a majority of citizens favor gay marriage. 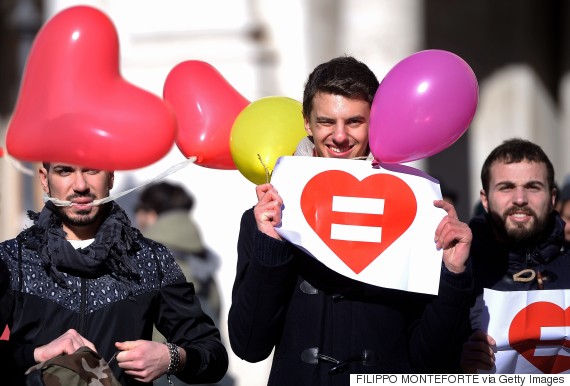 Gay rights supporters stage a protest in Rome on Jan. 28, 2015, during the discussion on the resolution establishing the register of civil unions at Rome's city hall.

But while these indicators may suggest that Italy is on a straight path towards marriage equality, there's more to the story.

The Vatican's top diplomat, Cardinal Pietro Parolin, said on Tuesday that Ireland's gay marriage vote was "a defeat for humanity." In contrast to Dublin's archbishop, who called the vote a "reality check," Parolin said that the Irish legalization was a sign that the church should reaffirm its commitments. 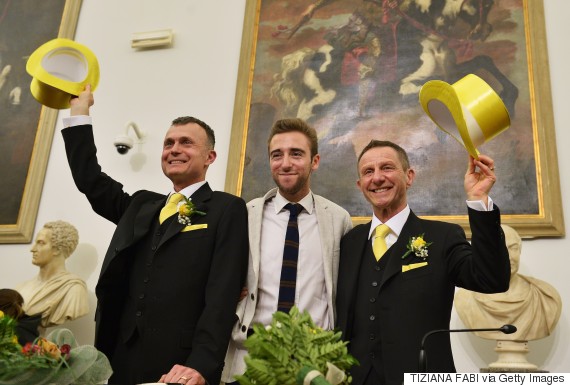 Angelo Albanesi and Giorgio de Simoni pose after they registered their civil union at Rome's city hall on May 21, 2015, in Rome.

Italy has the largest Catholic population in Europe, with over 80 percent of its residents counting themselves as members of the faith as of 2010. This makes it politically dangerous for parties to go against the church, and in 2008 the Vatican's opposition to a bill on civil unions accelerated the demise of the center-left government, according to The Guardian.

In addition to the Catholic Church's stances against marriage equality, Italy's right wing has also led efforts to block civil union legislation. Opponents of a June 2014 civil union bill loaded the motion with over 4,000 amendments as a tactic to stop it from being passed. Earlier this month, a proposal for civil partnerships was similarly bogged down by more than 3,000 amendments from parties on the right.

While progressives in Italy's national government have encountered religious pressures and parliamentary dysfunction in their efforts to legalize same-sex unions, there have been efforts at the local level to push for recognition. In October 2014, the mayor of Rome, Ignazio Marino, defied warnings from the government and registered 16 gay couples who had wed abroad. Other cities in Italy also register gay spouses, but the interior ministry has vowed to void such unions.

After Ireland, The Pressure Is On Italy To Legalize Same-Sex Unions
Ireland Votes Yes On Gay Marriage 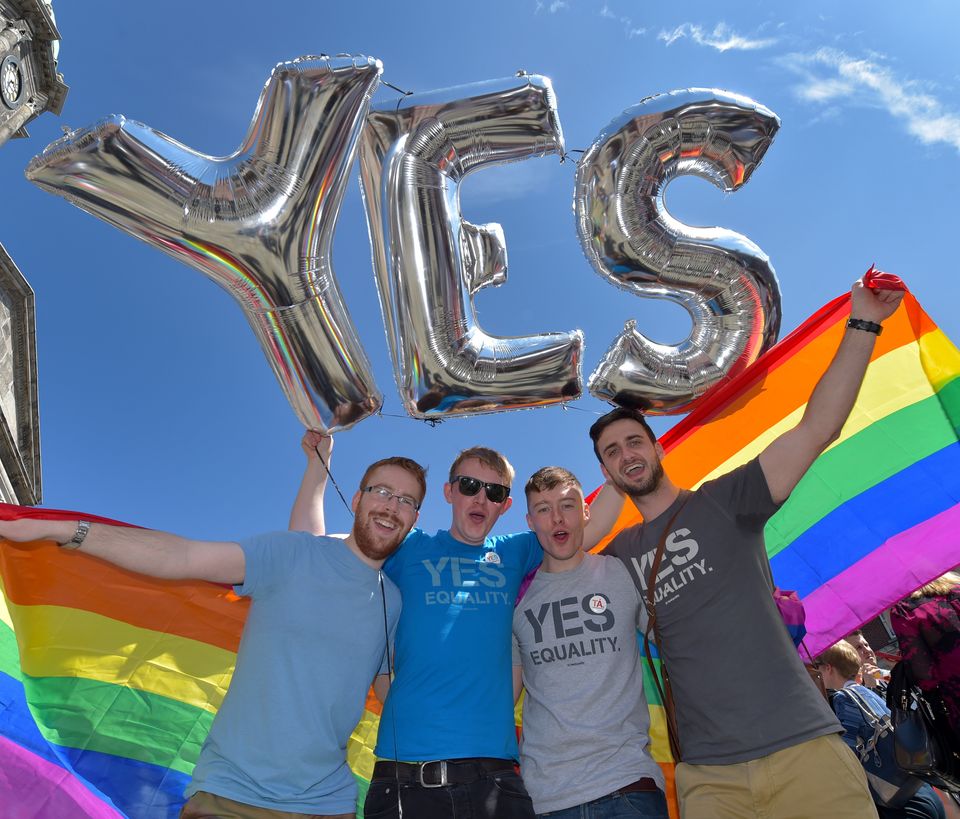