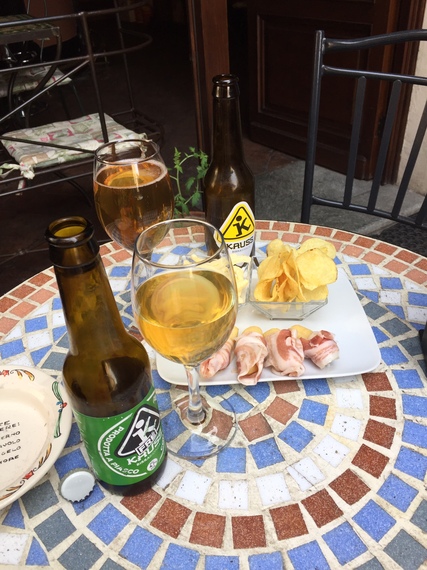 When you dream of exploring the towns of Piedmont you envision a quaint culture welcoming you with fresh mozzarella, melt-in-your-mouth prosciutto and wine that speaks of the region's historic knack for reds with great structure & finesse and whites of citrus laden minerality. What you don't expect is small cafes boasting American style IPAs and Belgian style blonde ales from the local craft brewery on the other side of town. Cafes of this caliber poke-a-dot the streets between the satellite cafe of Birra Baladin, which itself is just down the hill from a dark and cluttered bar specializing in Belgian ales, and the C'e' Fermento craft beer festival. This is Saluzzo, Italy and it speaks to a growing affinity for beer in what has long been a wine-ified culture. 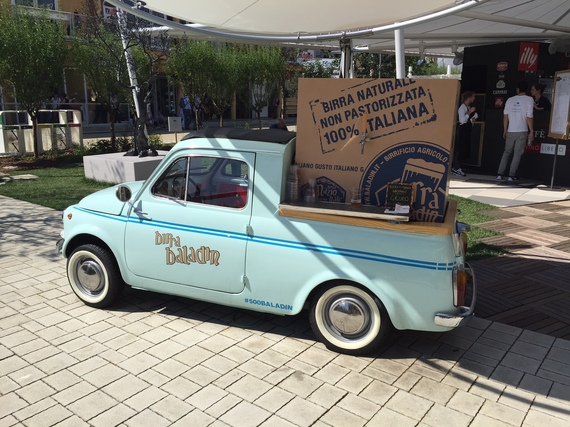 Beer's growing importance in the life of Italians is anything but subtle. In many regions this same story is mirrored, a slew of cafes showcasing innovative beers nestled between the breweries that make them and festivals abound- Reggio Emilia hosted the Arrogant Sour Festival just weeks before. Saluzzo Penitentiary even boasts a brew house within its walls- part of a social rehabilitation program where inmates learn a viable craft and brew beer under the Pausa Cafe label. Their hoppy pilsner, P.i.L.S., pairs quite well with the crusty loaves of bread baked in another facility's program.... making for one of the tastier prison visits. 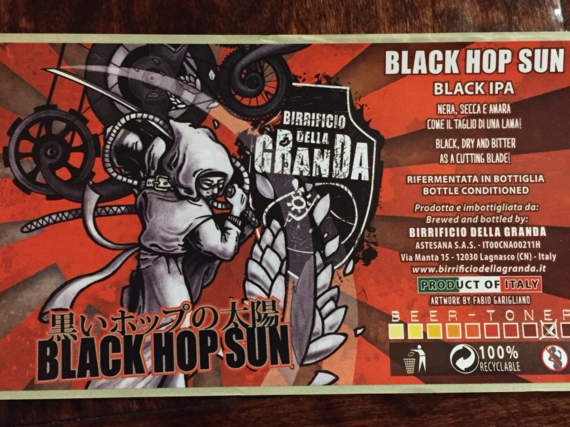 America's craft beer influence can be seen in breweries like Birrificio della Granda whose comic book labels and bold flavors are showcased in beers like Black Hop Sun, a nod to brewer Ivano Astesana's affection for Soundgarden. Layers of roast coffee and chocolate flavors provide the perfect base for resinous, piney hops. Similarly, Birrificio Hammer produces Workpiece Pacific IPA whose ripe mango and passion fruit notes would make the most seasoned Vermont IPA drinker foam at the mouth just for another glass. Just as we're seeing with the craft beer trend in America, there is also a growing appetite for high acidity sours and rustic wild ales sweeping throughout Italy.

One of the greatest establishment s I've ever stepped foot in is Lambiczoon in Milan. A burger and beer joint full of characters, passion and a devoted love for all beers sour. Jimi Hendrix's May This Be Love played over the boisterous sound system, Birra del Borgo's Fragus was in my glass.... A baby grand piano could have dropped from the sky and I would have gone out smiling. 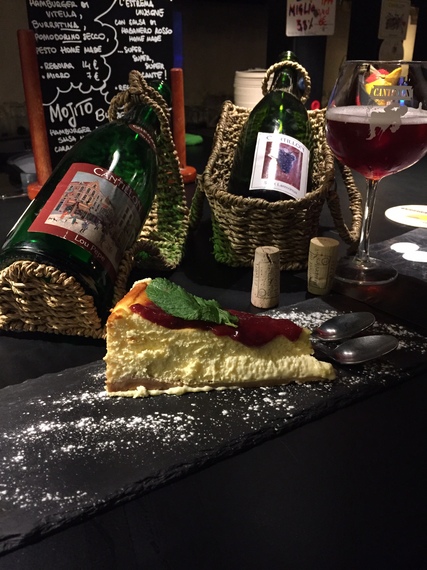 Pay attention to the mind blowing Belgian bottles from Lambiczoon's two beer fridges....Grab a Cantillon 2010 Lou Pepe Gueuze and pair it with the house made cheesecake topped with raspberries reduced in a framboise from the same famed brewery. The owner, Nino, and his staff have a firm motto they stand by: 'No Crap on Tap.' More and more Italians are living by it.

It is no surprise that people who value the quality of their lives, the locality of their food and many rich traditions have embraced craft beer. It is yet another outlet for the Italian passion for doing things the old way with integrity. Everywhere you go, people champion the brewery down the road. The brewery making a Barbera infused Belgian style ale and the brewery making an abundantly hopped pale ale, both embraced as being the pride of the town. 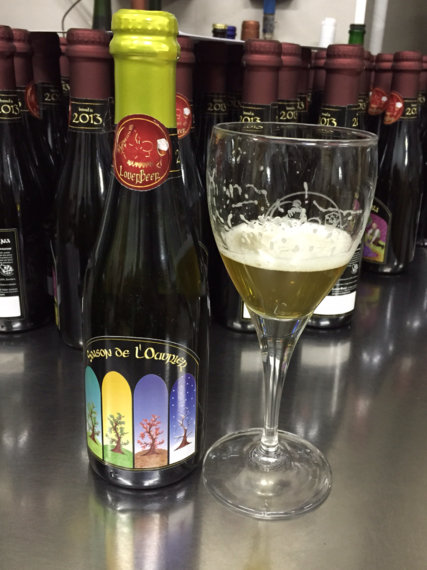 With just a few days to roam Northern Italy there was one destination that I refused to miss and it's a small slice of heaven by the name of LoverBeer. It is here in Marentino, that Valter Loverier creates the rustic, tart saisons and fruit blessed sours that will knock your socks off. His new line of saisons are a play on the four seasons, highlighting different regional complementary flavors from tart cherries to cardoon. Valter's creations utilizes local grapes, wine barrels, herbs and spices that speak loudly of the region they are born in. His beer tells a story, brewed with intent. Beer of such finesse and complexity is the very heart beat of what made this such a wonderful winemaking region for centuries. The passion and creativity displayed at breweries like LoverBeer is the essence of the Italian craft beer movement... an undying respect for tradition with a modern lust for exploration. Now it's time for us all to explore Italian craft beer.

Lover of Beer and Life, Craft Beer Expert at DeCicco's in Armonk, NY.